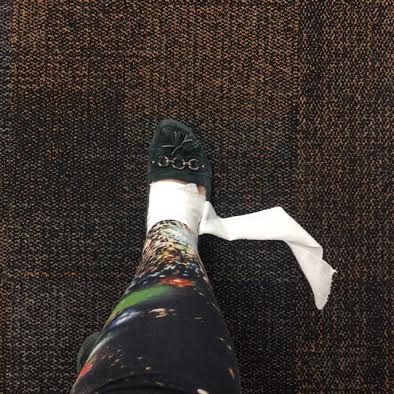 Well I just made it through my first busy period of the job I started this year. The work is very cyclical and has peaks and troughs. The peaks are peakey indeed! As of this afternoon I’m on my staycation – yay! My first real, chosen, paid time off in a bazillion years. (I stopped counting when I got to 5 years, because that is close enough to a bazillion, right?)

I was a bit bummed when I realised how I slipped on blogging a few times during my busy time. I had all these amazing grand plans to get three months ahead in blogging at the start of the year. I never quite got all that far ahead but I did do respectably enough in terms of having content half written, so all it needed was a photo and to be shared. I’d like to pretend I proof read but yeah, this is a personal blog so I just throw things up (uh, on the page). Freedom! Other times I logged in to a smaller blog of mine and thought “how has it been a month since I posted already? I SWEAR I JUST HIT PUBLISH ON THAT”. But hey, new jobs and new responsibilities and study mean new rhythms and you figure stuff out as you go. I don’t think forcing yourself to fit into a theoretical schedule for a situation you’ve never been in is smart.

I filmed a video the other weekend but literally just haven’t had the time with uni & work to do a quick edit and put it up on YouTube. Hopefully I’ll get around to that on my week off.

Not that I’m upset at having time off… but the staycation in my head from this afternoon is just not as glam as me wanting to swan around the Whitsundays like I want to. Pfft. Bloody reality. It’s so mean. Anyway, I do have a giant stash of books, two seasons of Bones borrowed from the library on DVD and that will probably be the first few days of my staycation.

Also, I have decided the word staycation is wanky and I don’t like it. Why do we need a fancy word for “sitting on my ass for a week because I damn well can”?

I was unintentionally a mummy yesterday at work. My ankle tendon hadn’t played up in ages but it was a bit weird this week. Wrapping it just helps me not strain it further. I was walking around at work and noticed something flapping. Yep, bandage coming undone. Cue mummy. Not even October. Geez.

Apart from work I’ve been studying. I’m totally adoring the course content but tech issues like lectures not uploading have plagued the semester a bit and when you’re busy, they’re a great excuse to let things slip…a bit too much sometimes… but I’ve finally mostly caught up. And I’m nerdily excited to write my big essay for the semester, too.

On that topic, I probably pissed a bunch of people off yesterday by saying that I will keep buying home brand milk. But, you know, when you’ve spend a few months studying now neoliberal capitalist systems run things, it pissed me off to see an attitude that felt like “let the consumers fix it”. Well, no. I say make the people who fucked it up fix it. I’m not one who takes on the problems of others. Sure, consumers voting with dollars can have some impacts, and awareness is useful, but I would rather the people responsible took some…hmm…responsibility? To stop buying home brand milk I’d probably have to take money away from other local businesses. Which local business is most worthy to receive my money? I am an annoying person to be around because I ask hard questions. 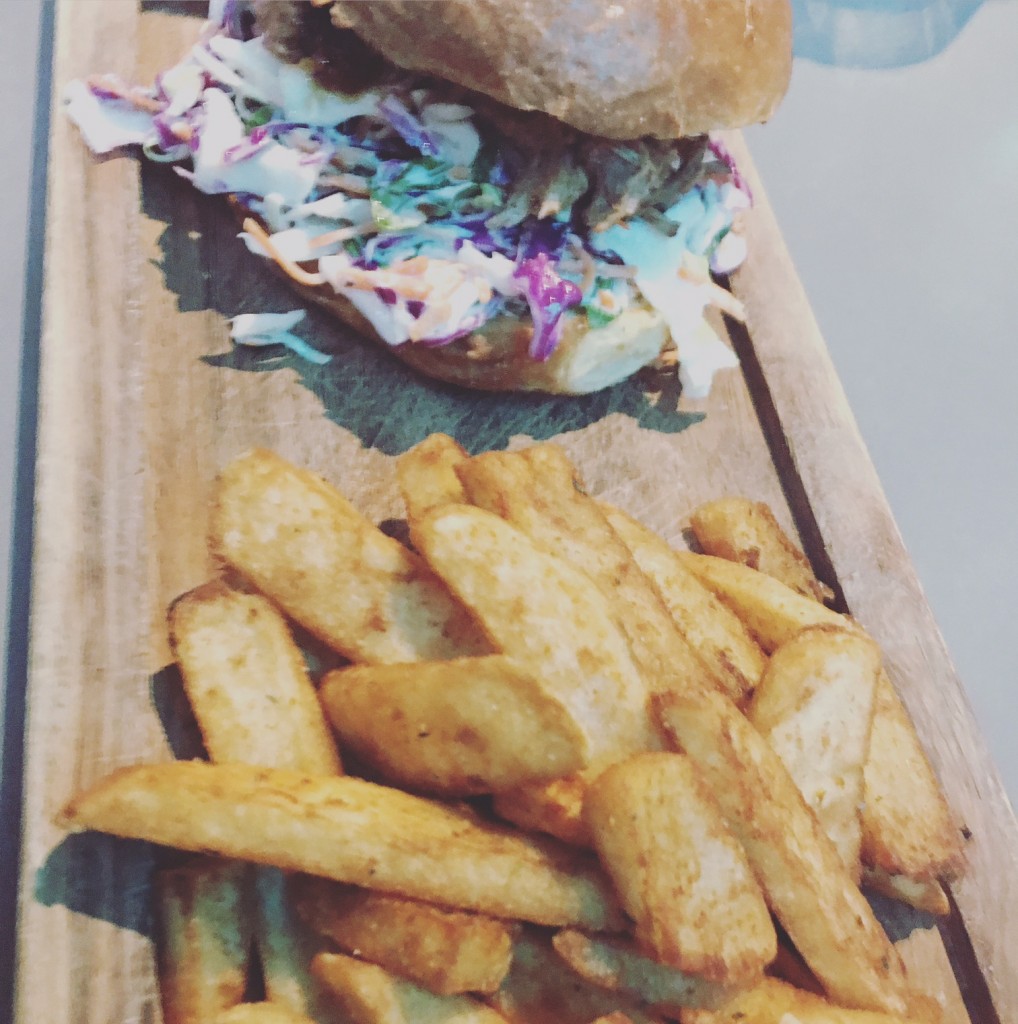 Yummy pulled pork burger I had for dinner last night out with some fellow bloggers. It ended up pretty small, only 5 of us in person, but it’s nice to see people so I hope more Brisbane bloggers catch up regularly.

Going out to dinner after work is momentous for me. I’m a get home from work and hide person. But I went out. Yay me!

And then after that, Ben had a late night doctors appointment. It’s good we can see his new GP out of hours but yeah… after work, going out to dinner and then all the way home again…only to have to leave again for a medical appointment…fuck that is exhausting.

And exhaustion makes me dumb. I mean, I think it probably makes everyone dumb, but I mess up simple things. You know, like wrapping my ankle. I wrapped my ankle some time after 11pm last night (WAY after my normal bed time) and did it too tight. Woke up this morning to veins looking strange and imprints of bandages on my foot. I had feeling, so it wasn’t completely “oh shit” but it was certainly odd, so I called 13 HEALTH (QLD gov provides a 24/7 RN hotline) and had a talk to them.

They said based on me having feeling, being able to walk (and things like that) it’s unlikely to be serious but it should be properly rested, elevated and monitored. And if I get tingling, lose feeling etc then I should get medical care. So I’m currently sitting on the couch, wrapped in a blanket (14 degrees is cold for Brisbane, ok?) but I need to hobble to my desktop computer in my study soon and remote log in to work for the day.

I guess without a commute this afternoon, there’s the sliver lining of my  sitting on my ass for a week because I damn well can starting sooner! I was planning to do nothing for the first few days of my time off, even more so because of my twinging ankle …and now I guess I pushed it too this week far to even get my ankle to deal with a Friday!

Happy Friday! Any exciting plans for the weekend?

4 Replies to “Out of the frying pan AND the fire”