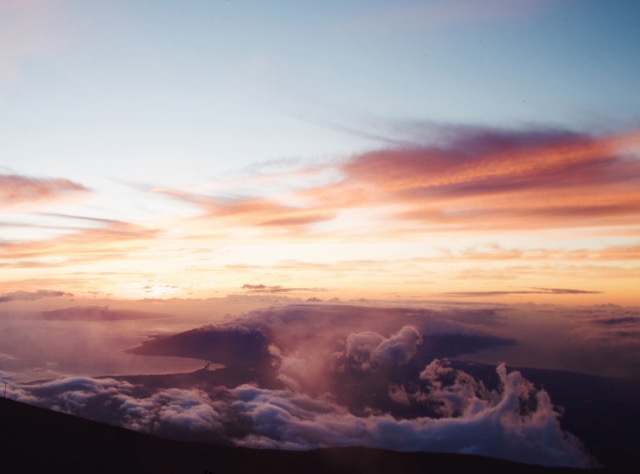 I have a lot of random thoughts to decompress. So a random post today it is!

It still saddens me that people who write for some sites don’t (can’t) read the comments. I’m not a fan of being a broadcaster, I’d rather a conversation. So what is the value in writing for websites where you can’t have a conversation? I wrote a wildly unpopular article once. I’ve never been back to even finish reading all of the comments. I just couldn’t be bothered. People commented based on the headline, not the content. Why should I reply or engage when you haven’t even done me the basic decency of reading it? I learned a lot from that. And that’s why I rarely write anywhere but my own blogs. It’s not fear of putting things out there and having people disagree, it’s that I want my energy to go toward decency, logic and fairness. That probably makes me sound like I don’t want to talk to anyone who thinks other things to me, which isn’t true. I would identify as non religious and fairly liberal (I also spent 9 years in Catholic schools – FYI, that did not go well). But I also have religious and political conservative friends. BUT. The BIG BUT here is that we can talk about how we see things. We’ll never agree, and that’s ok! We can talk about our viewpoints and still be friends.

NaNoWriMo is almost here and I have (possibly stupidly) signed up to do it. I’ve been participating for maybe a decade, and failing brilliantly every time. BUT, that’s only failure according to the word goal. I still end up with more written than I ever did, so that’s never a real failure.

I took another day off work this week to write assignments. And I had an utterly awful day. My brain was not working. It took all day to write 1000 words of an essay. It’s due Saturday and I have to finish it then. I have to take full days off work to study because I literally cannot when I get home. I have the energy to get through work days now, but I can’t do anything more. When I get home, I’m still having to go pretty much to bed. At the end of the day, my body is in this state of exhaustion where I can’t tell if it’s pain or not. 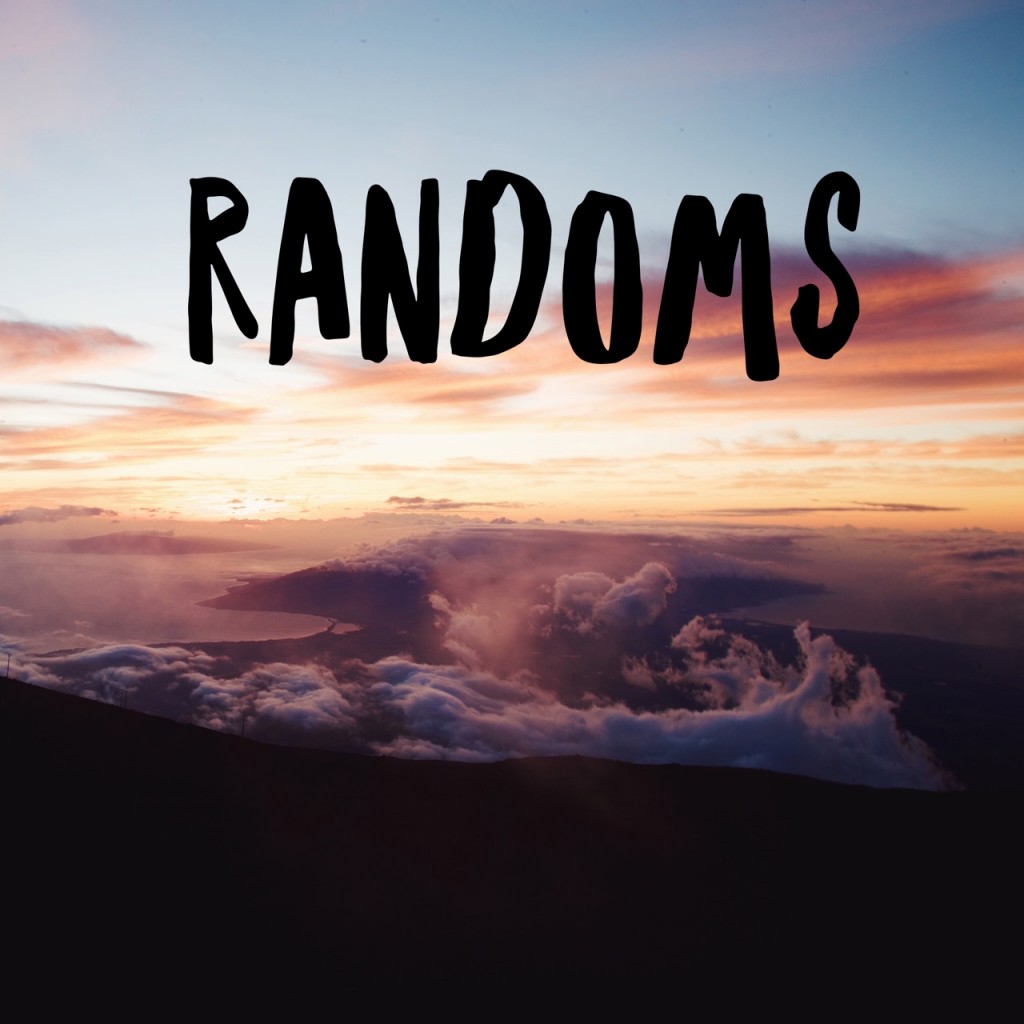 I desperately want my last three assignments to be finished. I’m going to see if I can knock them all over this weekend (which may be impossible) because I just don’t want uni hanging over my head any more. And this isn’t to say I regret studying or anything, just that my health is really not up to it, and I’m acutely aware of it, and it’s stressful.

I don’t understand modern day journalism. I did a first year intro to media type of subject when I went to uni and even then, all I could see was the divide between what the media is supposed to say and do and what the actually do. I was listening to Alec Baldwin’s podcast Here’s The Thing and he was talking to a journalist who talked about knocking on residents doors next to where a suburban murder took place. I’ll never understand that part of journalism. Why do journalists think they have the right to do that? If they’re going to learn something important then, in my mind, that information needs to go to the people investigating the murder, not the general public. Also, why does it matter if your news outlet is first? Also, last I checked, Twitter exists so you’re delusional if you think you’re ever truly first on something.

Speaking of Twitter, I was mildly trolled a bit this week. I did what I always do, blocked them. I don’t understand why people don’t just instantly block blatant trolls. And why you don’t unfriend people you don’t like on Facebook. I do both, frequently. You are not obligated to follow anyone. I’ve muted people not because I don’t want to follow them, but because things they talk about are triggering for me in one way or another. I don’t begrudge them talking about it, but I know I can’t see it regularly.

You know how I bought this awesome notebook a while back when I was having a bad day? I had this idea that I would write in it every single day. And then publish it in some way when I was done. Why do I have to put pressure on myself in every area? I can barely muster the energy to shower, eat dinner or wash work clothes after work. I sure as hell don’t have the energy for creative writing. I haven’t given up on it by any means, but I also don’t write in it every day.

Why are people so against Comic Sans? I’m not talking about designers doing logos or things where fonts would really matter, I’m talking about the filter down snobbery of disliking it. If someone just saw it for the first time and likes it, who are you to say what they like and don’t like? And that leads me to another topics. What flavour food you like. What is a developed palate? Why can’t you just like what you like? Also known as: why do people insist I should try coffee? I don’t like the smell or taste of it and that hasn’t change in (nearly 31) years. Just let me freaking hate coffee, ok? And no, I won’t like it the way you make it. I’ve had many people say “oh you’ve never had it this way” or “You’ll like mine”. Way to invalidate my own tastebuds, buddy. Thanks.

There have been some charity collectors in and around Brisbane central station this week. Which is fine. And nicer than all of the fucking gambling ads that are drowning everyone into thinking gambling is good and the Melbourne Cup isn’t animal cruelty. But what really annoys me is that they rattle their metal tins at you to make noise. Making noise at me will not make me like you, let alone support you. I find it completely obnoxious.

I bought a new freezer last weekend (total $170 bargain, usually $900-1000 range for this size and brand) and I’ve been having great fun filling it up. I like bulk shopping and buying things on sale so I can freeze them. My old fridge freezer actually fit a LOT given its size, but it wasn’t enough for how I prefer to shop. We tend to shop fortnightly, actually in a very similar way to my friend Clare (who also has a great eBook on the topic which is much more useful than when I throw receipts up on my blog and just expect you all to learn what you want from it, if anything at all) but frankly I’d like it cut it down even further if I could, to mostly just buying the few grocery items we need each fortnight (like milk and dog food) and get my veggies each week at the markets. But that’s not an urgent thing to happen, I’d just like it to happen.

You know how I got electrocuted the other year? Well I went outside last night to put some washing on & the lightbulb in the laundry started flickering like Halloween on speed. So I called Ben to come outside (because duh, I like to share & it’s clearly his turn to be electrocuted by the piece of shit we rent) & he was listening to some weird noise the light bulb was making, then managed to turn it off with a broom handle. We have only just had an electrician out to fix the plugs in the laundry & now they’re the only thing that works in there. So now it’ll be back to the real estate today to get them to look at it cos no fucking way will either of us tough it, knowing how bad it has been before.

I still haven’t started Side Gig Life podcast yet because uni is still going on. My current concern about starting it is what if I sound as miserable and tired as I feel right now?

I really don’t have anything exciting going on. I work, I try to study, I get exhausted. My life is fucking boring right now. I can’t wait for the day when I have something to say that doesn’t involve the word tired. But it’s pretty all encompassing right now.

What have you been up to?