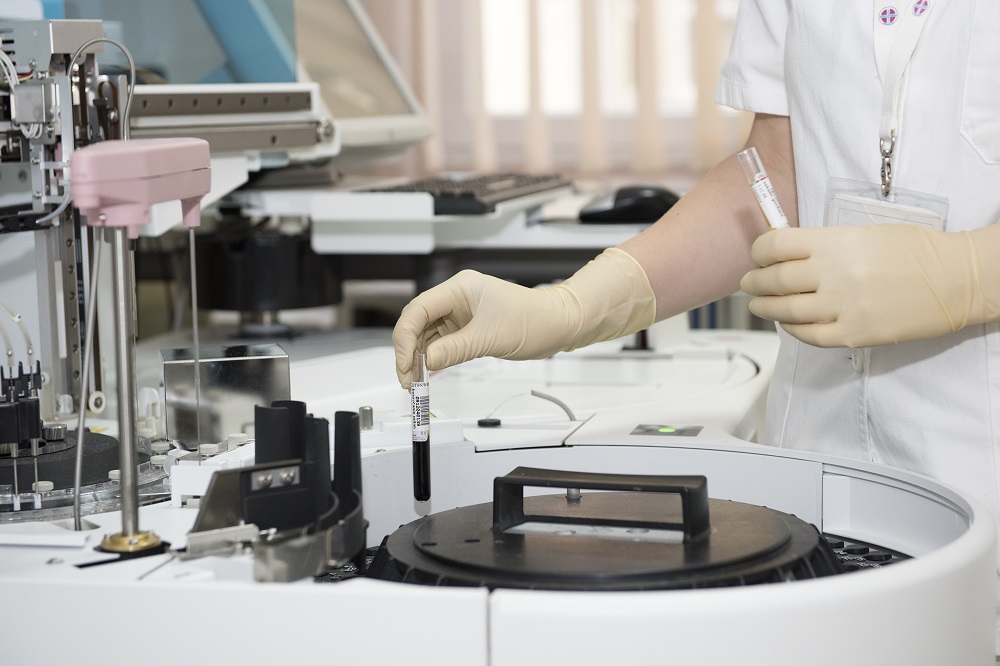 Disclaimer: What I’m talking about today is what my GP, dietitian and I decided would be the best course of action for my treatment of low iron. I’m not a doctor and highly encourage you to consult with a qualified health professional when you have any concerns about any aspect of your health.

So why am I writing this if I’m not a health professional? Because blogs are great for learning from personal experiences!

My Type of Low Iron

First things first: low iron is complicated. You’ve probably heard of anemia. I don’t have that. What I am low on is iron stores, called ferritin, which is measured by a basic blood test. Based on a history of blood tests my current GP printed for me, I’ve bounced around under to barely over the line of acceptable ranges for about two years. From my own googling-to-try-and-understand online, acceptable levels vary between country and lab. It’s really, really something you need to address with a medical professional, if for that reason alone!

We’re all tired. We’re all busy. So how do you know what’s “normal” tired and what’s an indication of a problem? For me, it comes down to that I heal well. I had low iron stores at the start of 2015 as well. My then GP ordered general blood test as I couldn’t get over a chest infection. Ah, there it was, low iron. In 2016 I injured my shoulder, then my ankle soon after. I was seeing a physio to assist in the healing of my ankle but the swelling didn’t really go away. Weird. My GP was doing a blood test, but I can’t quite remember what for. I think I was complaining about general tiredness and not healing after injury. What came back but low iron stores. I said that I had been going ok at work until about midday, and after that I became useless. My GP said something like “well yeah, you have no energy!”. Fair enough 🙂

I can’t tell you how you will notice if you are low on iron. I think being proactive with your health in any area means knowing what is normal for you and what isn’t. Of course, a good GP is also a massive help. And you’re always allowed a second opinion. 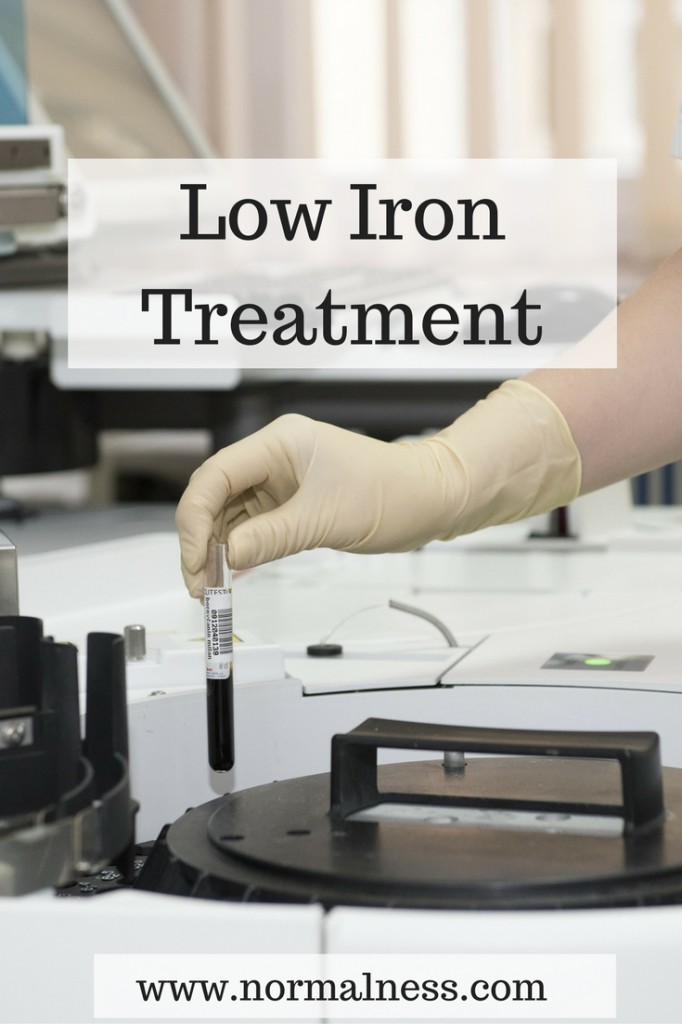 I’m on two what I am calling “medical treatments” (because they were chosen by my GP and I) for low iron levels.

One is iron supplements. In a world of over the counter vitamins and essential oils and DIY self care, iron is not one to fuck around with. From what (little) I understand, taking iron when you are not low on it can have some very serious side effects. Do not self-diagnose low iron and start taking supplements, most especially as a simple blood test will give you accurate information. In 2015 when I was low on iron I took any old supplement. This time my GP recommended one that is still over the counter, but stronger. It’s really common and called FerroGrad. I get the ones with vitamin C in it as this assists iron absorption. Initially I got them without vitamin C as I had a good stock of those tablets at home, but swapped when I ran out. Follow the dose your GP gives you. Mine is different to what is on the bottle.

In discussing the supplement options, we decided that iron tablets were the best choice for my situation. The other options we discussed were injections (in the bum!) and infusions. Due to the risk of side effects, we decided against those two options. I had never heard of the side effects (which I understand to be rare, but possibly serious) of injections and infusions before so I’m grateful to my GP for informing me and talking through the pros and cons of them.

The other is the contraceptive pill. My GP advised me to skip periods for four months as a boost to my iron. I vaguely thought that sounded smart but it took me a few weeks to start taking the tablets as I had tablet fatigue and just don’t like taking them. More on that later.

Just before my sleep study last year, I went to see a dietitian. I found that while there were certainly tweaks I could make, I was generally eating ok. I got slack on my follow up and never ended up going back. But when I knew I was low on iron, and saw from the blood test history that I had been at least borderline low for most of two years, I knew I needed specific knowledge. Enter the dietitian appointment.

We reviewed my general food again, checked my weight and had a chat. I don’t own scales at home so I never measure my weight. I said that throughout this course of injury and exhaustion, I felt like I had put on weight from a sheer lack of movement. I weigh 116kg, but I don’t know what I weighed last year to compare it to. We were discussing my goals in the appointment and I said that ideally I would like to lose weight but there were more urgent and important things like the iron and fatigue to combat first. Also, it’s pretty damn unlikely that I will lose any weight if I’m too tired to move! Hence, the goal of the appointment was iron management. The dietitian agreed and told me to come back when my iron was under control and we can talk about weight then.

Due to getting to spend more time with a dietitian than a GP, I learned a heap more. Low ferritin levels are primarily dietary, so that’s good news. (If diet doesn’t fix it, then obviously I will be requesting more investigations.)  I can use the medical parts of my treatment to give me a leg up and create good dietary habits to maintain it when I’m done with the medical intervention side. I actually forgot to tell her at first that I was on the pill for the purposes of skipping periods. She was really excited to hear that. I wanted to know more… it turns out a menstruating woman needs 18mg of iron per day. A male or a post-menopausal woman needs 8mg. I had NO IDEA periods sapped you of so much iron. Wow. So by going on the pill for at least four months, I more than HALVE my iron needs. No wonder that will help boost my stores!

The majority of the appointment centered around working out if I meet the 18mg recommended daily intake of iron. Anyone want to guess the answer? 🙂

On a good day I was reaching around 12mg, which was pretty respectable. But with low levels, I really need to be hitting the 18mg as often as I can.

Some of the things I’m adjusting:

Snacks that work for me:

It’s a lot like when Ben was told he was a type one diabetic and we had to learn to diabetically count carbs. Which we can both do without thinking now. I’ve got a large table of foods and how many mg of iron they contain. Practice will ingrain that into me and I know that eventually I’ll be able to know how much iron I’ve had each day even without referring to it. I downloaded an app I know is popular for carb counting with diabetics (because it actually has Australian food values in it, whereas most are American) but was disappointed to see it doesn’t cover iron.

As they’re generally happy with how I eat, it was a lot more about tweaking to optimise my diet to my current needs. And that was the huge value in seeing a qualified person. They were fantastic and worked with my budget, tastes and preferences. They were super realistic and that’s because they want to find a plan that you’ll stick to. I even got told to not bother with some parts until I’ve done my last assignments because it would be too much on my plate. (Get it!? Plate!)

Before I started supplements I could last until about midday at work, then frankly I was a distracted and shitty employee. Because I had no energy.

After a few weeks on supplements I was easily (well, easily enough!) able to manage a day at work, but it really wrecked me & I couldn’t function when I got home. A week at work means I have to be really still all weekend to regain energy. Obviously this has had massive impacts on my ability to study this semester, as after work and on weekends are study times!

I am still only just managing. We bathed our dog on the weekend and a few minutes in the yard scrubbing her made me go to bed for two hours afterwards to recuperate. My whole body was mad at me. Not like I had pulled anything, just I used it too much.

Drop, drop, drop and DROP things. You will not get better by doing too much. Drop things that it disgusts you to drop. I have.

Before I end, I want to repeat myself:

Have you ever had low iron? How did you notice it and manage it? Any tips that you can share to help others?