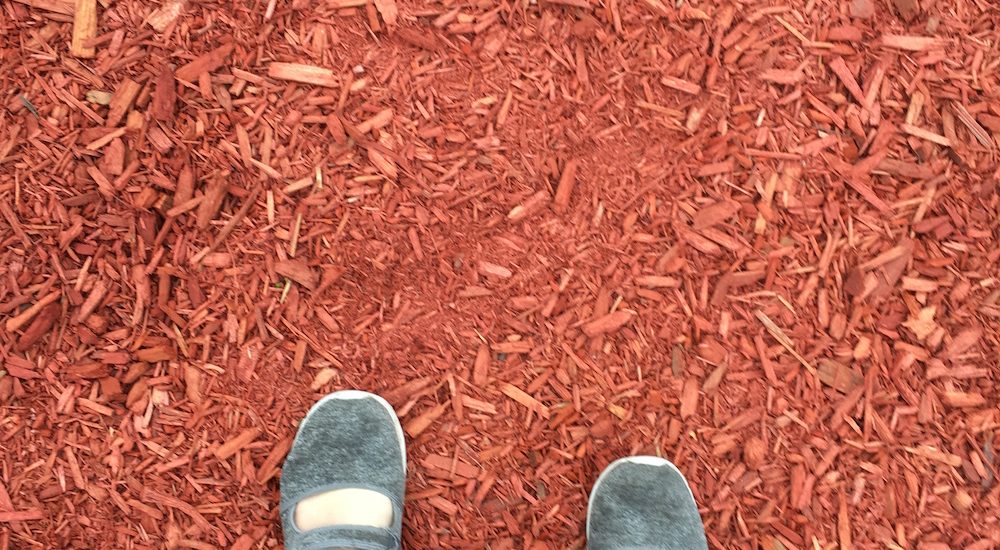 That kind of sums up my view of cars. You see, they’re great tools. But all the differences, different types, different prices… it kind of does my head in. But for the past year or so we’ve been thinking of getting a bigger car. Mostly it’s an accessibility thing for Ben. My current car is a Hyundai Getz and while I love the shape of it (rectangles FTW), it is small, getting old and … it just kind of feels like that time, you know? Also, I’m a tall (enough) person. I’d like to be able to use the sun visor in a car. I can’t use the sun visor in the Getz because I’m so tall it just blocked the entire field of view. Good first car, time to move on, is where I’m at. 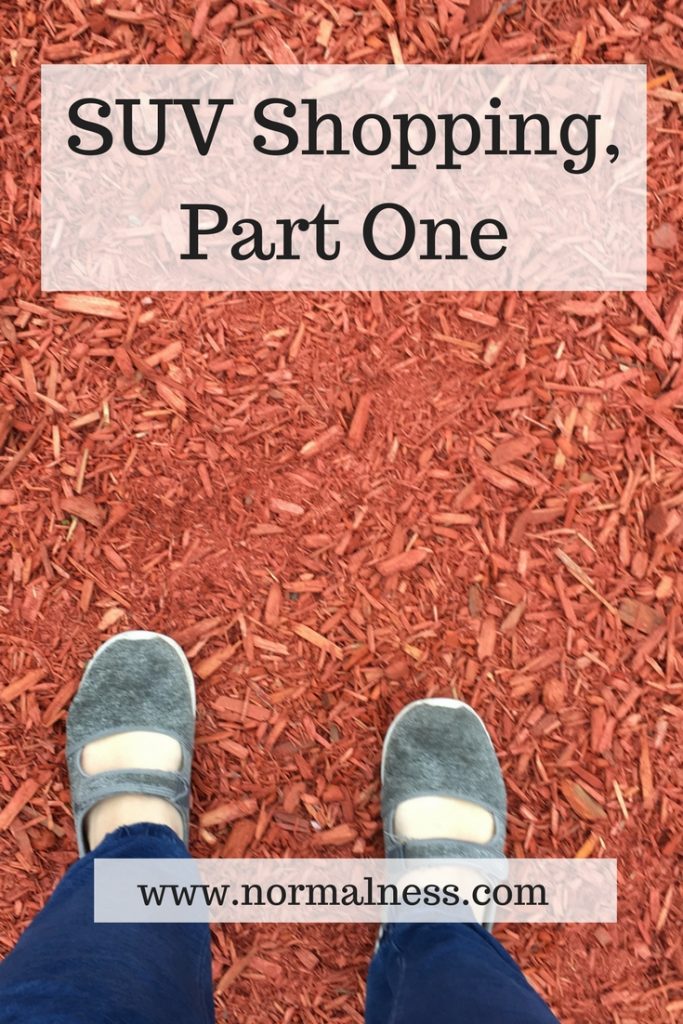 What We’re Looking For

But car shopping… oh geez. We’re looking for a small-mid SUV. Good space (doesn’t feel crampy inside). Seats must fold flat (I have trauma from trying to fit CRT TVs in sedans from back in the day when CRTs were TVs). Preferably comparable fuel mileage to what we get now (which seems like an ask on the surface, but I’m quite surprised at the reality of this being possible).

I might buy new, might buy second hand. It comes down to which specific model I decide to go for and exactly what it costs. I’d prefer to stay as close to $20k as possible. It’s not that I can’t get a bigger loan, but those repayments are more comfortable for my budget. The biggest bummer is that I haven’t had a car loan in years (I paid off my first car in like 6months becuase government salary and I miss that salary)…so boo to that.

Extras like sky light (sun roof?), keyless entry, heated seats and whatnot are funky and I even want some of them, but I’m not willing to actually PAY for them, you know? They’re a want, not a need.

The thing is… small and mid SUVs aren’t feeling much bigger than my Getz, which is leaving me a bit WTF. Why would I pay for something that is the same? So far, small SUVs are actually more cramped, but have a slightly higher driving position. That’s not really an upgrade for me.

The Rejects, So Far

One of the first small SUVs I looked at was the Suzuki Vitara. Sounds really good on paper. It’s just…small. Which sounds silly, becuase it is small. But … it’s small! Plus the staff member at Suzuki seemed annoyed that I didn’t mind if I bought new or second hand. Seriously? I want the car that’s right for me. It might be new. It might not be. I’m not judgey on such things.

There were quite a few Fords I wanted to look at in the SUV range, but my local Ford dealer had exactly zero of their SUVs in stock. Super weird. I guess I’ll have to go to another dealer to look at those options as there are a few I’m interested in comparing – Escape, EcoSport and Kuga. I have a friend with a Kuga and I was impressed with size and comfort when I first took a ride in it. It doesn’t seem to be made anymore and has been replaced by the Escape. The EcoSport is certainly in my budget new, but I have a suspicion it’s one I’ll get in and be “nope, too small”. But we’ll see when I get to try one. For all I know it could surprise me.

Later on in a second hand car lot I climbed in a mini van of some kind. Could have been a Kia Grand Carnival (put it this way, it looked similar when I googled it)… not sure. I was a bit bored and just playing at this point. Um, whatever minivan it was, was really super comfy. Obviously I have no need for a car that big and THAT designed for multitudes of kids, but I was super impressed by it. And it was very far from new and in good condition.

I estimated we could fit 20 dogs in the back of the car but Ben thinks we could only fit 12. I said that dogs will sit on each other happily so 20 dogs is totally doable. (Yes, these are legitimately the conversations we have while car shopping.)

We also looked at a Nissan Qashquai. It assumed it would be crap as it has a dumb name, but it was decent. There was nothing to love in it but also nothing we could really fault. It’s not a top choice but it could be a contender if our other options don’t pan out upon test drives and other variables. Though we don’t want to buy it because of the name. It sounds like Cash Cow and we despise morning TV, so having a car that reminds us of that very literally puts us off of considering it.

I was happy to find a Mitsubishi ASX in a non Mitsubishi car yard and sat in it. Nope. Weird. Small. Cramped.

Pretty similar feeling to the Mazda CX5 – the handbrake was too close to my thigh, it’s positioned in the centre console close to the driver, rather than just in the middle.

They are all ones that were comfy enough to be in and have decent folding/boot space. However, I need to look further into them/the models. Becuase…

My Problem With The Holden Trax

We were in the Holden dealership and I was playing with the back seats of the Trax. I heard a salesperson coming and kept my head in the car, pretending to give a crap about the drink holders in the backseat arm rest (seriously, I am never going to use them) hoping that Ben would dispose of the salesperson. But apparently I was too interesting with my head stuck back there (something I often get in job interviews too, they want to be entertained by my past, but that’s a different rant) because they stuck around. I actually hadn’t worked out how to put the seats down, so I let the salesperson do it. The bottom half of the front seats slide down and then the backs fold down – it’s a bit weird. Also he got stuck part way so that was both funny and not much of a brag for the Trax.

He did try to go into some sales stuff… asked me what I was looking for. I said four wheels, and an engine. To his credit, he didn’t look confused at that and went with it (better than the person who looked confused earlier in the day when I said I was looking for a car). I said that I did have one question for him – can I get different seats in the Trax because I hate them? And somewhat to my surprise, he agreed.

Apparently nearly everyone hates the seats in the base model, because the sides (while not a bucket seat) are sort of high, and very firm and dig into your thighs. He suggested I try the next model up, as the sides of the seats are leather in that and much softer. Yep. I agree with him. Much more comfortable. However, I find it highly irritating that to have basic comfort, they want me to spend more? If a dealer sales dude knows everyone dislikes it, it’s clearly a wide ranging enough problem. And why haven’t Holden done something about it? Is it to make you spend more on the next model up?

I put that exact question to them:

Hello, we take onboard all customer feedback. At this point in time, there are only different seats at the higher trim level.

That was a very PR response – aka completely useless for someone like me who is looking to purchase.

I’m a bit soured on the thought of being asked to pay more to get basic comfort. It’s like womens shoes. “Comfort” ranges of shoes cost more. So I have to pay for padding to walk comfortably? Being able to walk comfortably should be the minimum, not an extra. Same goes for car seats.

Ben really liked the Honda HR-V, and I agree, it ticks nearly every box. But again, there’s one thing I’m not sure I can get past. The seats have a bit of the lumpy bump side like the Trax, but it’s not nearly as annoying. 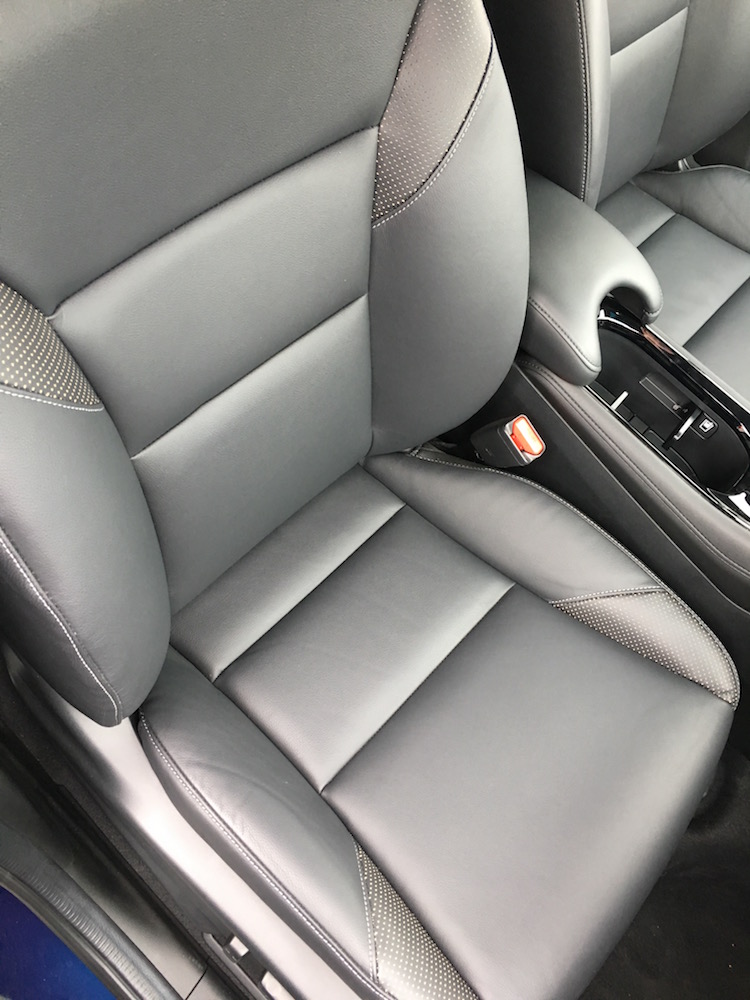 However, the seat belt basically felt like it was digging into my thigh. (There is a video of it but I’m currently sick and too lazy to edit the video.) I don’t know if I can live with that. Maybe it’s different with the seat belt plugged in. Maybe it’s worse. It’s a car that is very high up our list, but as the driver in the household, I need to know I’m going to be comfortable, above all else. I feel like they put so much into the giant centre console that it forces the seatbelt too close to you.

The surprise contender was the Mitsubishi Outlander. Super impressive cargo space and comfy in the front seats. I didn’t check how the back seats folded down though, which is something I am super picky on.

Other Things I Want To Say:

14 Replies to “SUV Shopping, Part One”