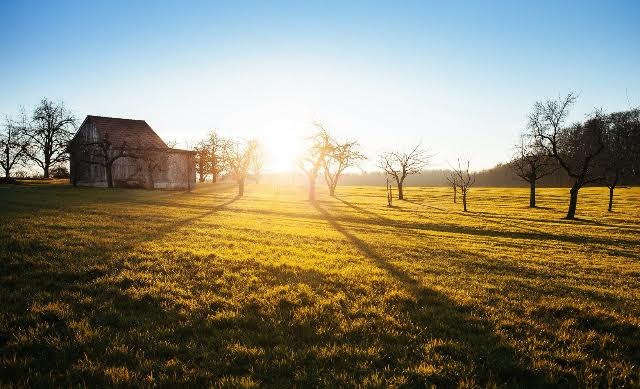 I’m breaking up with waking up early.

While I appreciate the knowledge in them, I don’t want to wake up early any more.

You see, for me, waking up early has become a sense of obligation. It’s what I do for my long commute to my day job. While I like the people I work with and get paid above average for it, it’s also not my end goal in working and earning money.

My morning routine consists of waking up early, sometimes showering (as in depending on if I showered the night before, not deciding to smell), sometimes eating breakfast (other times grabbing something to eat while I walk) and then racing off to my car to get to a train to get to work. It can take an hour and a half each way, what with allowing time to walk places and for traffic. All those little bits of time add up.

Why do you live so far away then? Well, frankly Brisbane sucks at transport. The city has grown where its infrastructure has not, and the government’s response is only to put the price of public transport up and build tunnels that are expensive and don’t reach predicted usage levels. My point in saying this is that while I have a crappy commute, I live in a beautiful beach side suburb. I have a great lifestyle despite the commute.

I’ve spoken to colleagues, friends and sometimes even strangers about their commute. Some people who live much, much closer to the city than I do still have commutes of up to an hour due to the sheer amount of traffic congestion. It makes little difference from what I can see.

All these years of this type of commute have left me with negative feelings towards getting up early. 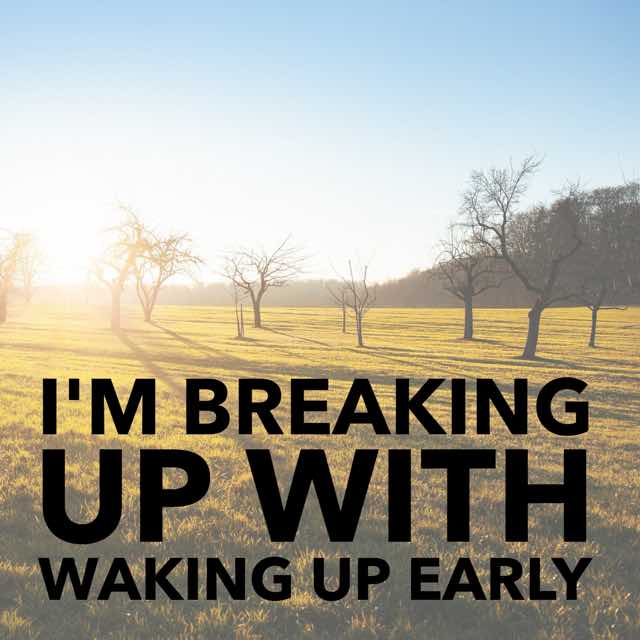 2015 has been very disjointed and difficult for me at times. But one thing I’m started to see in hindsight (bloody wonderful thing, hindsight) is this change within me about how I manage my sleeping and commuting. I’ve made slight adjustments to working hours and found a way that gives me time to actually sit down and eat breakfast at home.

That slight adjustment has had a flow-on effect in that I can sometimes now sleep in on weekends – and when I do that I don’t do what I used to which is run out of the house like a crazy person because it’s strange to be at home in the mornings, I take my time and try to move slowly, cooking a breakfast, eating it, sometimes even washing it up (I hate washing up).

All because I’m breaking up with waking up early.

I know I will come back to liking early mornings again. How? Because when I get up early for something that I like – from a small thing like visiting garage sales through to a big thing like an early morning flight for a weekend away – I feel the joy and no resistance at all to getting up early.

But for now – well, for now I’m breaking up with waking up early. It will come back to me when I need it.

Where do you sit on the waking up early spectrum?

16 Replies to “I’m Breaking Up With Waking Up Early”