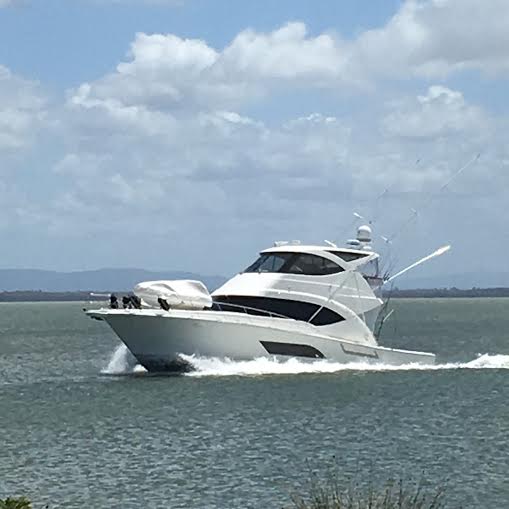 So I’ve spent my weekend reading Furiously Happy by The Bloggess after paying $20 in fines at the library (with $7 more owing but noooo they don’t have eftpos do they!?) and this is why I don’t buy books. But also why maybe I should. I keep them, and owe fines, which cost as much as a book anyway.

That has nothing really to do with anything, other than the librarian kept thinking I was angry at the fines even though she kept talking while I kept trying to pass her a $20 note. Apparently it all happened in March last year, which who knows because the first three months of last year were incredibly fucked up but I like them now because I can laugh at them. And I do. Often. So it took longer than I needed to borrow the book from the library because they were trying to make me ok with something I was ok with. I can only assume most people are angry when they fuck up and owe the library $27 in fines. It’s not like they even stop you from borrowing when you owe them money.

Again, that doesn’t really relate to anything other than I don’t understand people. And let me just borrow my book and go home. Because I had just spent two days at First Aid training, I hate competency-based learning with a giant groinal passion and as I called Ben to tell him he could start cooking the meat for nachos because I was 2km from home, he answered the phone having just burned his hand on our new dinosaur tap. First Aid training timing FTW. Not that he listened to me about the cool running water for 20mins. He kept it there for a few mins only then drowned himself in burn aid. I mean, the outcome was the same, but honestly, who doesn’t listen to the person who is LITERALLY on their way home from First Aid Training?!?!!?!?!

Anyway, I spent the weekend reading this book and I liked how much I related to it. And then I worried that I’ve spent so many years pretending to be normal to get a new contract that I’m scared I’ve repressed my personality so deep that it doesn’t exist anymore.

I only gave a half-assed attempt at explaining why I rebranded from 26 Years and Counting to NormalNess. So here it is again. I started 26YaC as a way to learn wordpress (I was blogging on Posterous at the time) and then found the blogging community after writing in relative isolation online for so many years. Then I was scared about the tech side of rebranding and then I got it done for free and here I am. Why NormalNess? Because I have the surname Smith, which is as generic as fuck and therefore I can’t own my name as a URL because  someone already does.

I owned the URL for ages before I made the change. At one point, another blogger (who knew of the new name before I rebranded (and yes I’m going to keep saying rebranded like I put effort into it (and yes triple brackets))) asked me if I was normal and to me, I am. We are all normal to ourselves. What we grew up with is our normal. There are 5 years between my sole sibling and I. That’s normal to me. People who have siblings a year apart are weird to me, because it’s not my normal. Get it?

So that’s half-assed attempt number 2 at explaining. I was actually too lazy to go find my rebrand post so I possibly just rewrote the same thing and it’s not even attempt number 2. Oh well.

SO, the ACTUAL point of this is that I have concerns that I repress my weirdness too much. I mean, I think I am a lot weirder than most people, and I say that only as a complement to myself and an insult to all others. I wish I could tell you a story that happened at work in the past week but I don’t write about things that happen at work because I need to keep my job though I do mark things down as book fodder for the future. Because sometimes funny things need to be shared. Just not in in a sue-me-lose-my-job way. You know?

I will say that I am getting worse at repressing my laughter at stupid questions and did not control myself AT ALL and laughed at a stupid question (and while overall I do think there is no such thing as a stupid question, some people like to prove me wrong) and ever since then the person has been much more willing to listen to me and work with me, so mild embarrassment is clearly a healthy dose of reality for some people.

I keep straying from my point. The past two years I’ve mostly worked part time (occasionally casual full time), which I freaking adored for the time off, only it wasn’t really time off because I can’t afford to live on a part time income so I was constantly using my time off to attend job interviews with the view to either getting a full time job or a second job to work.

Also, on the topic of second jobs, listen up, employers: if you won’t give someone full time hours, don’t be fucking surprised when you get left for a better job! Now, the place I mostly worked was 100% fine with me looking for second jobs, so it isn’t about them at all. Lots of people at my current workplace work more than one job or work part time and freelance or have their own business. It’s the second jobs I applied for AROUND the part time contracts that were unreasonable.

So yeah…if you want someone to be available to work full time for you, then pay them to be available full time for you. Shocking concept. Don’t just assume a part time or casual staff member is waiting at home for your call. That’s kind of like an abusive relationship. And that’s not the first time I’ve felt that way about workplace attitudes. (Also, if you like that post I just linked to from my archives, you’ll like this one I wrote for my friend Gayel’s blog this week.)

Shit, for someone who wasn’t going to talk about work, I’ve talked about work a lot. Eh.

MY POINT WAS, I’ve had to try and be normal a lot in interviews. From faking giving a flying fuck about if I wear dresses or pants or makeup or hair up or down to interviews, it has been so tiring pretending to be normal that I’m worried it became my new normal. And I don’t want that at all. It feels wrong to me.

I don’t know if I’ve told this story before or not, but a number of years ago, someone came into where I was working at the time with their short hair tied up. Someone complemented them and said they looked “very corporate”. I gasped. If someone said that to me, I would be incredibly insulted. This other person smiled and thanked them, genuinely. It was a stark reminder I am not like most people.

Long story short: I need to spend more time publicly embracing how not like everyone else I am. I need to re-invade my normal and remake NormalNess into normal … ness.

And now for something completely different

To round this out, we were having a small BBQ lunch at the beach today and a creepy boat came in. I’ve named it the Storm Trooper boat: 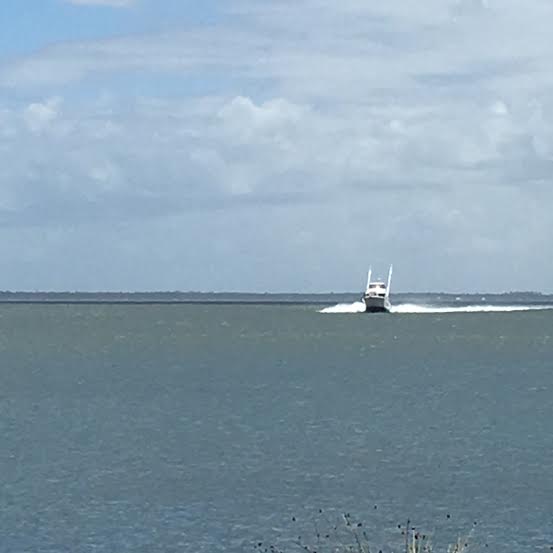 Sorry for the digital zoom, but I only had my iPhone on me. I hate how digital zoom looks.

Do you ever feel too normal? How do you cope?

5 Replies to “NormalNess Is Invading”