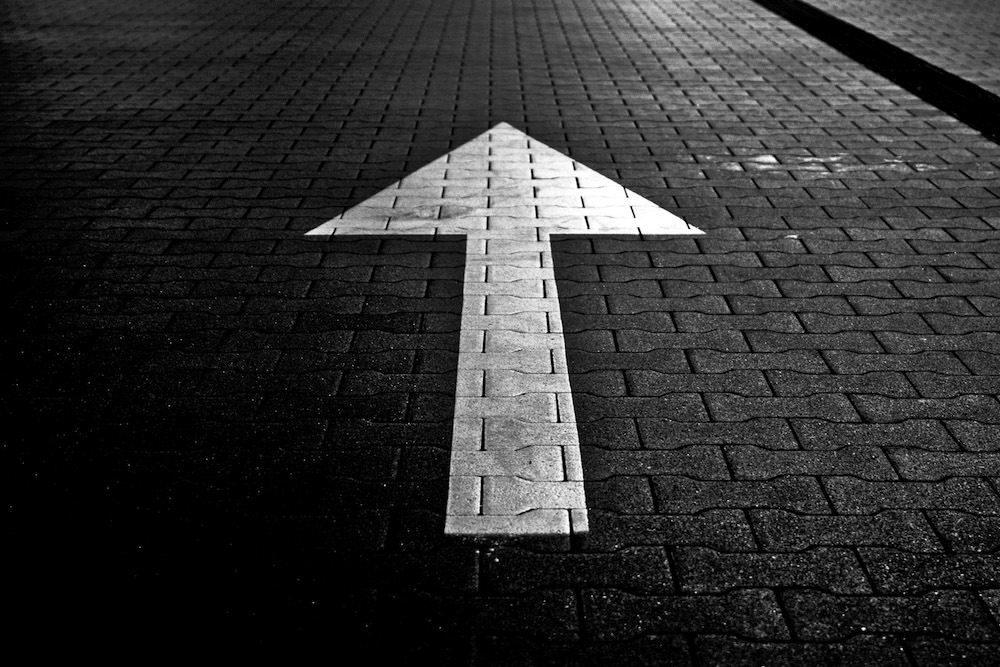 I’ve been feeling a bit average for a few days. Not sick sick, just like I’ve overdone it. Except that “overdoing it” isn’t much. On Sunday I was at home apart from a quick trip to Kmart, the chemist and Coles – all of which are in the same small shopping centre. And Monday I went to work.

But my body just feels crappy and stressed and blah. My new daily prescription anti-inflammatories are taking the worst of the aches and pains away but I’m left with a constant lingering discomfort. It’s like having the feeling you’re about to get a headache, but constantly & everywhere. Also, I feel like I’ve put on 50kgs because my neck is just puffy all the time now. Joys of tonsils…

So today I decided not to go into work. I need to keep myself as healthy as possible (and rest is a big part of that), because… 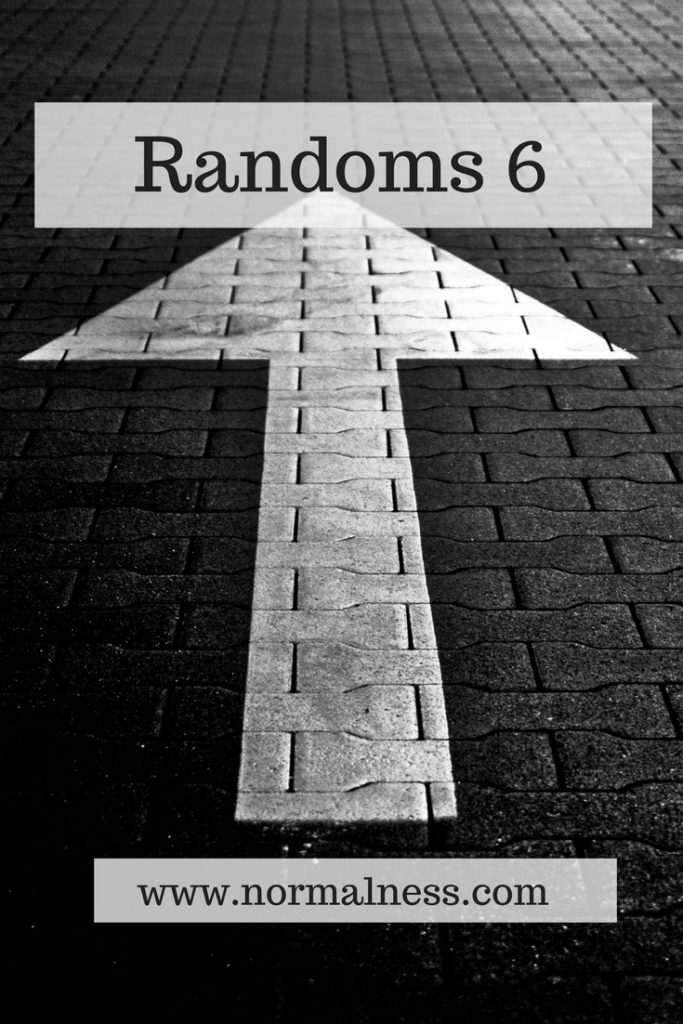 The News You’ve* All Been Waiting For

I have a tentative date for my tonsillectomy! And, even better, it’s in less than a month. Now, I’m calling it tentative because the hospital has already seemingly lost me once in the system, so I’ll believe it when the paperwork arrives in the mail.

The recovery itself – well I’m still confused about how bad that will be. The ENT told me it wouldn’t be as bad as the pain I described when I had strep & glandular fever, but then went back to telling me it was a tough recovery for adults and not to underestimate it. So I still have no idea. The woman I was speaking to at the hospital yesterday said that you take paracetamol constantly (as in, don’t let it wear off) for at least the first 7 days, and that generally you are also given endone to take as needed for the bad days.

And a chemist advised I buy childrens liquid paracetamol in case I can’t swallow tablets (and to adjust the dose to an adult dose, easy to do), which I think is amazing advice and I’m going to make sure I have some on hand just in case I need it.

I’m nearly finished with another mega course of penicillin so I’m a bit concerned that when I’ve taken them all in another few days, I’ll get the tonsillitis back again. My GP said that is quite likely to happen until the bastards* get cut out.

*my words, not hers.

The Time I May Have Traumatised A Child In Coles

The good news is that I’m tolerating all the big doses of antibiotics pretty well overall. All of these things can cause some fairly crappy (pun intended) gut-based consequences. Mine are “empty stomach” ones, so I can only take them 2 hours after eating AND half an hour before. It means I’m constantly setting timers on my phone and being cranky from being hungry. And wow, you should hear my stomach when I’ve just taken the antibiotics. It is loud and cranky for that half hour until I can eat.

One such time it was being loud and cranky was last week when we were doing our fortnightly grocery shopping. I was waiting with the trolley while Ben went back to get something. My stomach was doing its empty thing when I needed to fart. I was standing out of the way, so I did.

Turns out a kid was walking past and heard it. Based on height, I’d guess they were mid-late primary school age, and based on my expert (aka zero) experience of children, they are of the age where if someone farted in class, it would be SUPER hilarious and fart-based nicknames would ensue for at least the next week.

The kid turned to look at me and was about to start that kind of laughing, expecting me to react embarrassed. So I just benignly smiled at him, because I’m far too tired of being sick to care about a fart. He looked shocked, and turned back to the (I assume) parent he was with, and looked like he tried to explain it. The parent was focused on the shopping, and ignored the kid, so he was left to deal mentally on his own. He kept walking with the parent and kept looking back. He looked really unsure as to what he was supposed to do when I wasn’t embarrassed at my fart.

So yeah, sorry locals, if you have traumatised kid talking about a smiling farting person in Coles, that was me.

Katies and Millers have nearly identical sales these days. They also send their emails at nearly identical times. Same as Dominos and Pizza Hut. I know you can tell when is the best time to send emails using data within mailing software, but these two pairs are so identical in both timing of emails and offers that it seems like a rather large coincidence.

How good are heat packs? Our last one died due to velcro failure, and I was cranky at the cost of them. I mean, $20 for something I could sew myself? Of course, I haven’t pulled out my sewing machine in years and as if I could be bothered to actually sew it myself. My heat pack is my go-to woobie right now. Especially as we’re getting winterey weather.

And it’s QLD, so remember, wintery weather means below 25 degrees.

The certificate for the postgrad study I was doing last year arrived. And my name was even in the program, even though I couldn’t go to my graduation! 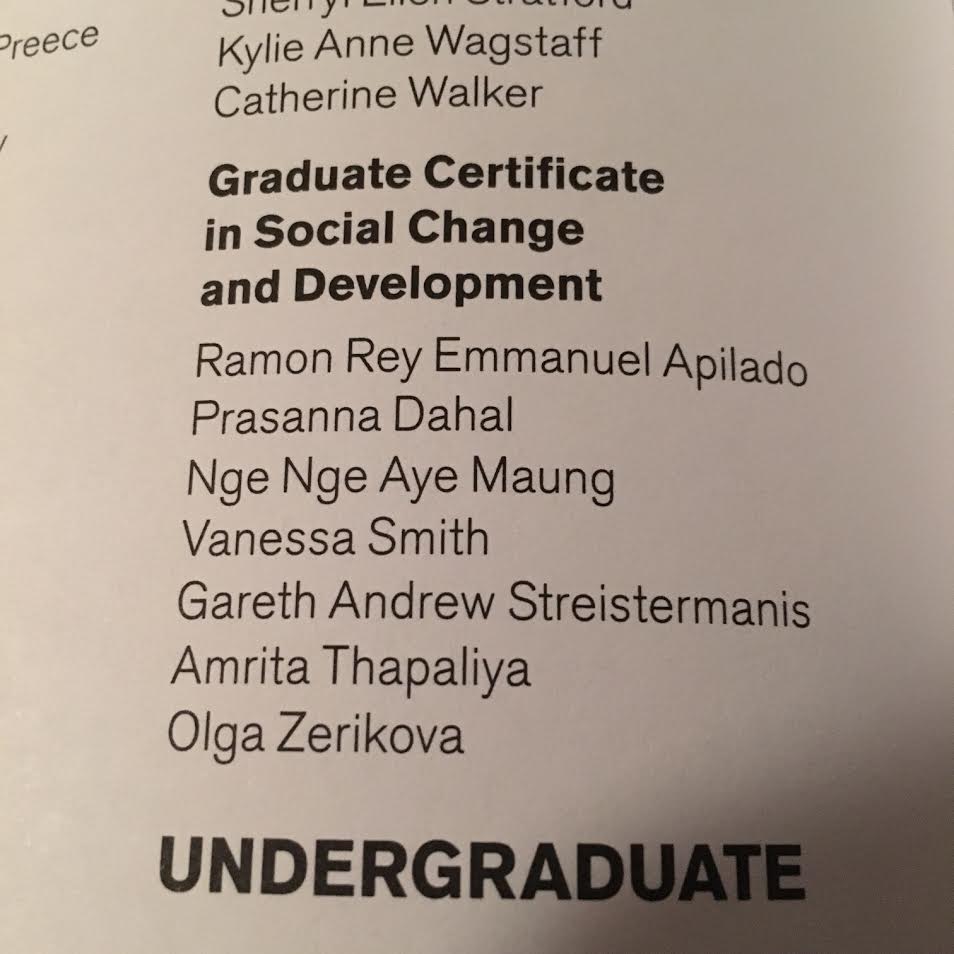 I think it has been a while since I’ve put random photos in a post, so I’m going to do some of that. 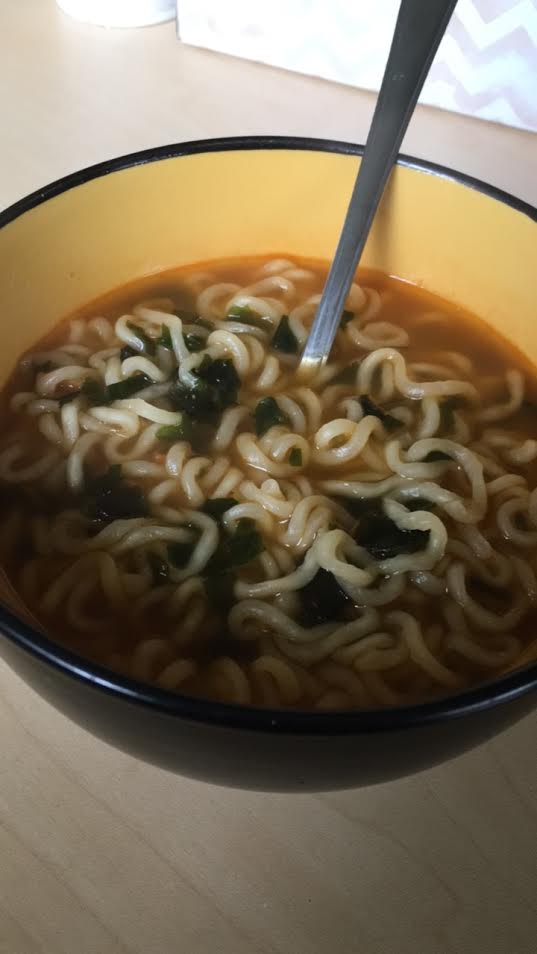 My dolphin being a creep: 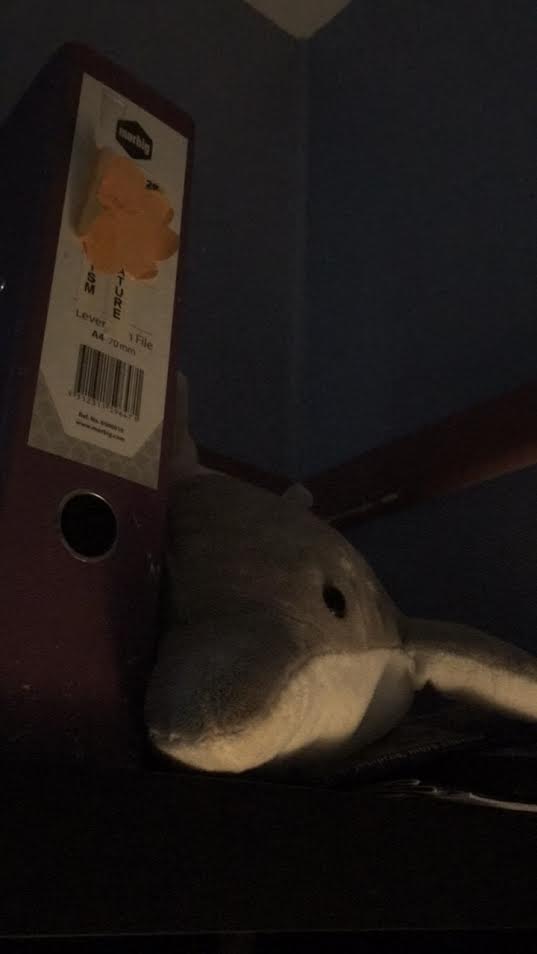 And now I realise it’s really boring to do random photos when you haven’t actually been anywhere or done anything because you’ve spent most of the past two months at work or on the couch/in bed.

What’s something random that has happened to you recently? Accidentally traumatise any kids?