As we all know, toilet paper is worth its weight in hoarders gold.

The thing is, I never really believed that toilet paper hoarding was going to be a thing during this pandemic. It seemed too stupid. Then again, during the 2011 floods in Brisbane I remember people buying out the regular fresh milk instead of UHT or powdered, so I should have known stupid is a thing.

Anyway. One day, a long long time ago, (Late Feb?), in this galaxy, I stopped off at a Coles supermarket before work for some poison of choice to sustain me throughout the day (sugar free V). If I go there, I’m usually there just before it opens, so I have a good sense of how many people are usually there at opening. I thought it seemed a bit busier, but I was mostly on autopilot. Anyway, people started speed walking/wanting to run but didn’t want to be a visible knob towards one end of the store. Naturally I assumed they were all running for the sugar free V because that’s what I was there for. Phew though, they didn’t turn up that aisle. When I came out of the soft drink aisle I saw people carrying packs of toilet paper like their lives depended on it.

It’s only then that I thought “I guess this is a thing”. So I bought a packet. Yes. I am publicly confessing to buying toilet paper that I needed in my next shop. I guess I’m a hoarder now. While I’m at it, I need to publicly confess that I really like those vegemite bagel chip thingies but they make me sick if I eat the entire packet. But I still buy them if they’re on sale.

(Not it’s not possible to just not eat the entire packet. What am I, someone with self control?)

And on another layer of humans are so bloody dumb, this is a photo I took in Aldi in early March, when I was already mocking stockpilers. Stockpilers who had bought up all the toilet paper BUT NOT THE FUCKING SOAP. SERIOUSLY DO YOU PEOPLE WASH YOUR FUCKING HANDS? 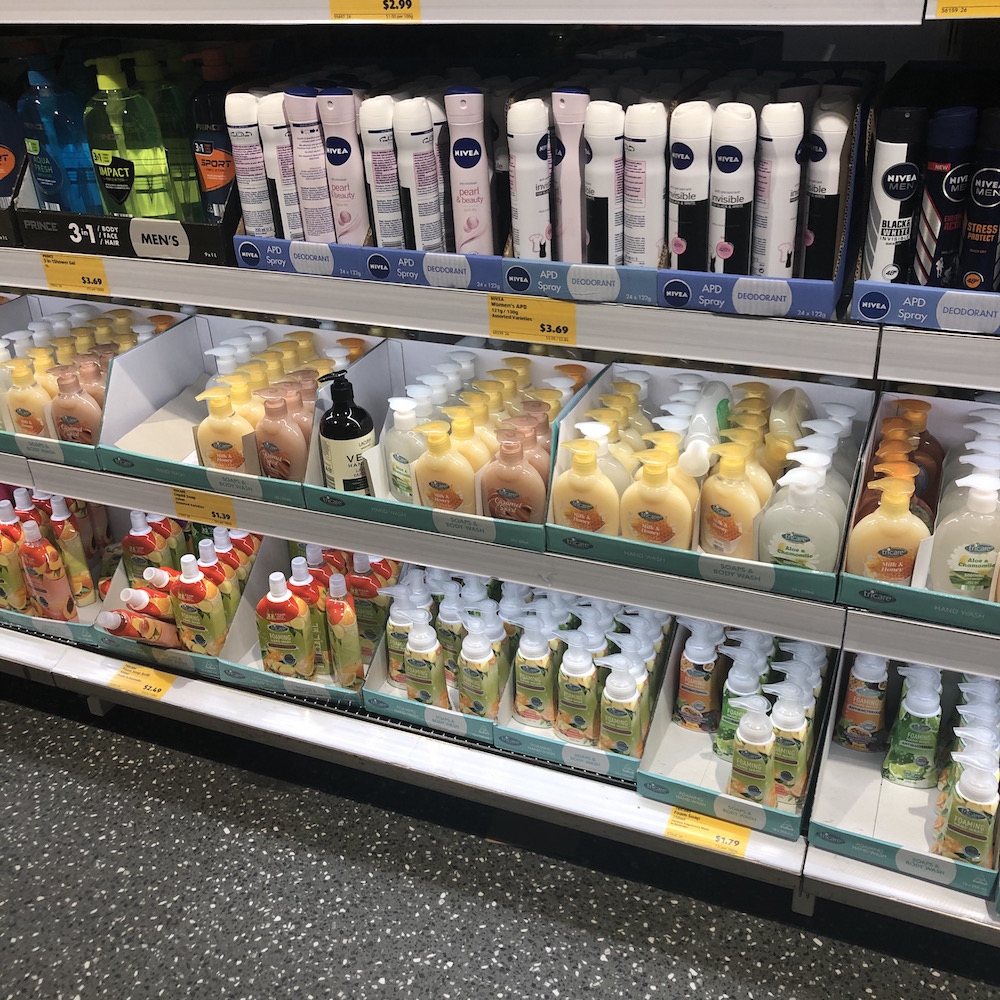 Back To The Bog Roll

The other week we finally finished the pre pandemic toilet paper. We’re now onto the random brand small packets. I swear they disappear faster. Hence, the toilet paper conspiracy.

There is no substance to this post. Just bored observations on the worst topic of all time. I just wanted to make the most of all that wonderful productivity advice that I adore so much by becoming a thought leader in toilet paper. And I figured conspiracy is a good word to include for click bait reasons. So really, I’m like 10x more ethical than most “original thoughts” and “news websites”.