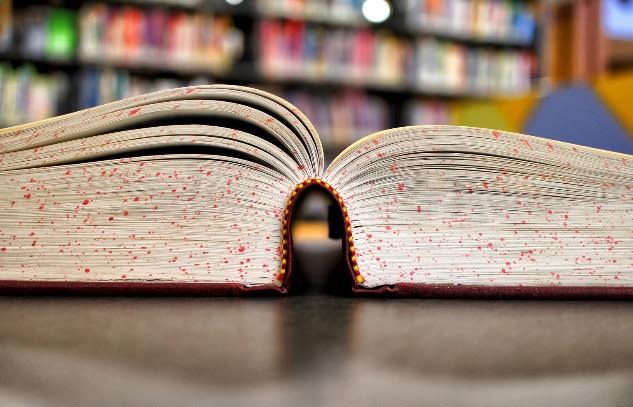 I love learning. And it makes me sad to say that, for the second time in less than a year, I’ve decided to stop studying.

There were multiple factors at play, including heath, injuries, finances, disliking the way the course was run and not seeing any valuable outcomes from it.

Why have I kept trying? Ever since I graduated with my undergraduate degree in 2009 I’ve tried a few different Masters degrees and all have had the same issues for me: lack of decent education and it being external are the main two.

My undergraduate degree is in anthropology. What I didn’t know until I was basically told was that it’s unlike all other undergraduate degrees. You are essentially taught content at an undergraduate level but with postgraduate techniques. You know more about researching, critical thinking and writing academic articles than most people who are accepted to do a RHD.

Which means that every time I study a coursework masters, I am bored out of my brains by the compulsory subjects that teach you how to write. And here’s the most annoying part – most academics will acknowledge the level of experience someone in my situation has with academic writing and research, but the institutions don’t. What that means is no RPL. What that means to me is being bored & doing badly at subjects I don’t need and don’t care about because I’m bored. What that means is a few thousand dollars is given to the uni by me for no reason and with no educational benefit.

Most recently, I also had issues with the course content. I felt like the introductory/background type of information could have been covered in the first 1-2 lectures, and instead had been spread out across half the subject instead.

Not that I’m cynical or anything, but the degree had also recently been expanded to include an entire semester more of study before you could graduate. Generic, filler content is the overwhelming feeling I had towards what I was “learning”. Again, totally not cynical, but it feels like a nice way for the uni to make more money from full paying postgraduate students.

I have officially decided that I am not studying externally again. It hasn’t worked for me, at all. I don’t like the inconsistent delivery of materials (you think they can be read offline, but then sometimes they can’t, and other times they can) or the “participation” grade by talking in forums.

Tutorials and workshops were one of the best parts of uni for me. It was an intelligent and mature argument on interesting topics four times a week. When you study online, this is usually all done via a forum, where it’s largely unmoderated (yet assessed), where people don’t interact, and where posting mini essays each week is seen as ‘winning’.

I found posting in forums to be the biggest time waster of the courses I’ve tried to study in the past six years. I didn’t learn anything from them. Which is really disappointing because, like I said above, tutorials and workshops (or any activity that involved my classmates) were really valuable to me when I was doing my Bachelors.

The other part of studying online that I struggle to find value in is actually because of how some subjects are set up. Many of them are co-taught with undergraduate and postgraduate students in the same course (with different standards of assessment depending on what type of student you are). I know from a university point of view that this is an efficiency method. What universities don’t see is what a loss of value this is for a postgraduate student.

The biggest problem I have with the co-teaching model is that a lecturer (and/or tutor, depending on the staffing of the course) can’t really help all the students in an efficient way. The best example I have of this was a few years ago in an external subject. My postgraduate subject was co-taught with a second-year undergraduate subject. On paper, this seems fine and possibly practical.

The issue was that the second-year subject had no prerequisites. This meant that postgraduate students were in the same forums as people who had never studied at a university level before. It meant that lecturers (who were understandably time-poor) spent a lot of time answering questions – usually multiple times over – in forums such as “What is Harvard Referencing?” and “Can you read my assignment for me before I submit it?” rather than talking about the course content.

Those questions are valid for new students. However, those are questions that take a lot of time away from students who know the answers, know where to look for the answers and know how university works (aka no, your lecturer can’t read your assignment before you submit it).

In the course I recently quit, they tried to make “tutorials” in the offline sense still exist. This meant that for one hour per week, the tutor would be live in the forums to answer questions.

In theory, this is a good thing. But in practice, it was really annoying. Mostly because of the participation I mentioned above. The assessed participation thread in the forums didn’t exist until the time of the tutorial that week.

What this meant for me:

Saturday: Course content for the week was released. Clearly they know the majority of their students work weekdays and will study on weekends. Woo. Thumbs up for you, uni.

Saturday & Sunday: Study. Find a quiet place. Do the readings & activities. Make notes. Think about writing something for the forums this week. Post a thread in the forum talking about that week’s readings.

You’re not allowed to do that.

You get an email telling you that your thread needs to be deleted and reposted – but you can’t do it yet.

You see, as it turns out, you can’t post your thoughts about the week in the assessable thread until the “tutorial” time that week. Which, in the subjects I was doing, were on Thursday and Friday.

This means that during my study time on the weekend, I would have had to pre-write my thoughts for the week and post them later during the approved times. Which were quite a few days after I had read about it.

Which also means you can’t interact and get your participation grade until later each week – probably the next weekend when you’re trying to read the next weeks work!

At the point I found this out, I may have sworn something to the effect of “Are you seriously wasting my fucking time with this shit?!”

Technically it’s a small thing. But with trying to fit in study around work and life and blogging, interrupting a workflow for no real reason is really annoying. I’m sure most external students have a similar number of obligations.

This is external study. Why have rules in place that make it inflexible? It’s stupid. What point did that have? There was no reason that the thread couldn’t open on Saturday like the course materials so you could post when you wanted. That in NO WAY would have an impact on the “tutorial time” when the lecturer was active on the forums to reply. 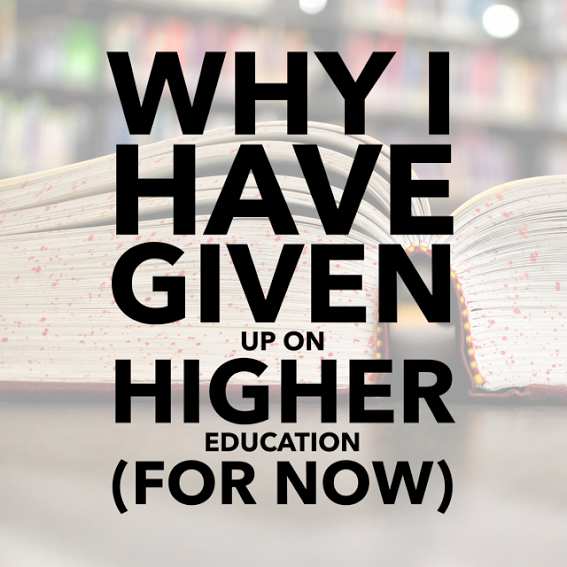 Why I Have Given Up on Higher Education (For Now)

In the bigger picture, I wonder if I should give up on higher education for now. Because clearly I just can’t find what suits me. I have eclectic interests. Can’t you tell this as a regular blog reader here? I’ll talk about most things.

I have discussed phd entry with some academics before. I can get in based on my undgrad degree and work experience, that’s not a problem. I just won’t be able to compete for a scholarship. Which, meh. Honestly, scholarships won’t pay my bills and are barely more than living on Centrelink. Frankly it’s impractical to care about getting a scholarship if you’re an adult who has bills and a life and responsibilities.

Finding a supervisor is also hard. It’s never quite right. The interests often don’t match up. Or the interest matches but their field of expertise within the interest doesn’t. Or they’re perfect, but can’t take on any more RHD students. Or they’re having a sabbatical, or planning to take time off for research, or one of many things that are legitimate in the course of their own careers.

And you know what? All of this makes me sad. I don’t want to give up on higher education. I like learning. But it feels like a giant, impractical beast to me these days.

So, for now, I am giving up on higher education. Maybe one day down the road I will come back to it. Maybe it’s for a different time in my life.

Have you ever struggled with education not suiting you?