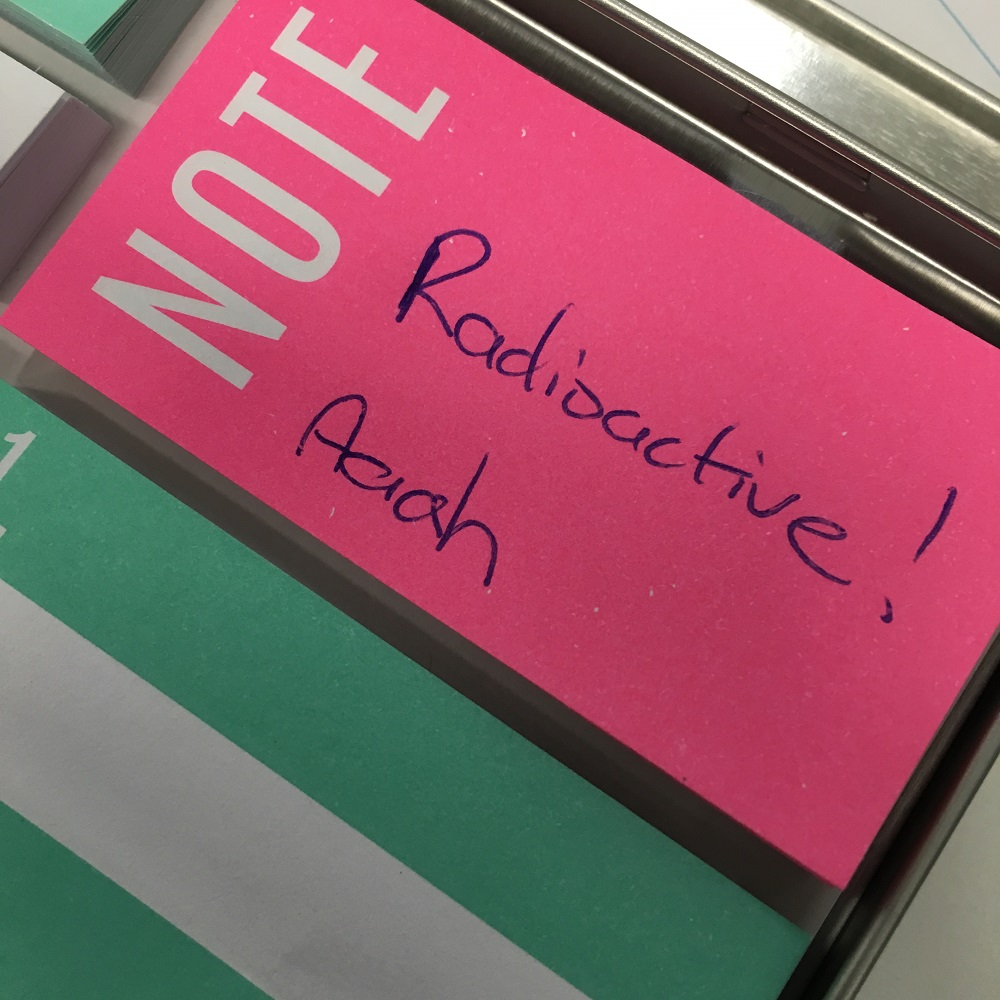 Yep, it’s true. I have taser beams for eyes now.

I had a CT scan this morning to see what’s going on in my head. (Waits for “nothing” jokes.) Specifically, to see what’s going on in my sinuses. My new drugs have helped a great deal but a) the nasal spray can’t be used beyond short-mid term and b) the antihistamines are drowsy. They don’t affect me much, certainly not to impact on my day, but I can still feel a difference in energy levels.

Anyway, I’ve had CTs before but never “looked” as it happens. It’s weird. The sign thing says not to look directly at the laser (which I think is used for aligning you) so I’ve just always keep my eyes shut. The CT tables move so smoothly I have no idea when I’m in or out (or shaking it all about) the machine itself. I had no idea that I had stopped moving or that the door had opened until I felt someone unstrapping my head.

BUT, the real reason I’m talking about this is the whirring noise that the CT machine makes. Oh it’s so cool. It makes me think that I am being made into a superhero and will come out of it more awesome than I am now. I posted thoughts to that effect on my Facebook account this morning and a friend asked me what superpower I might get. I thought about flying and teleportation (I was commuting at this stage) then thought about tasers. I’m pretty good at glaring at people but I think if I had tasers for eyes it would take this to a whole new and awesome level.

What superpower would you take after being in a radioactive machine? 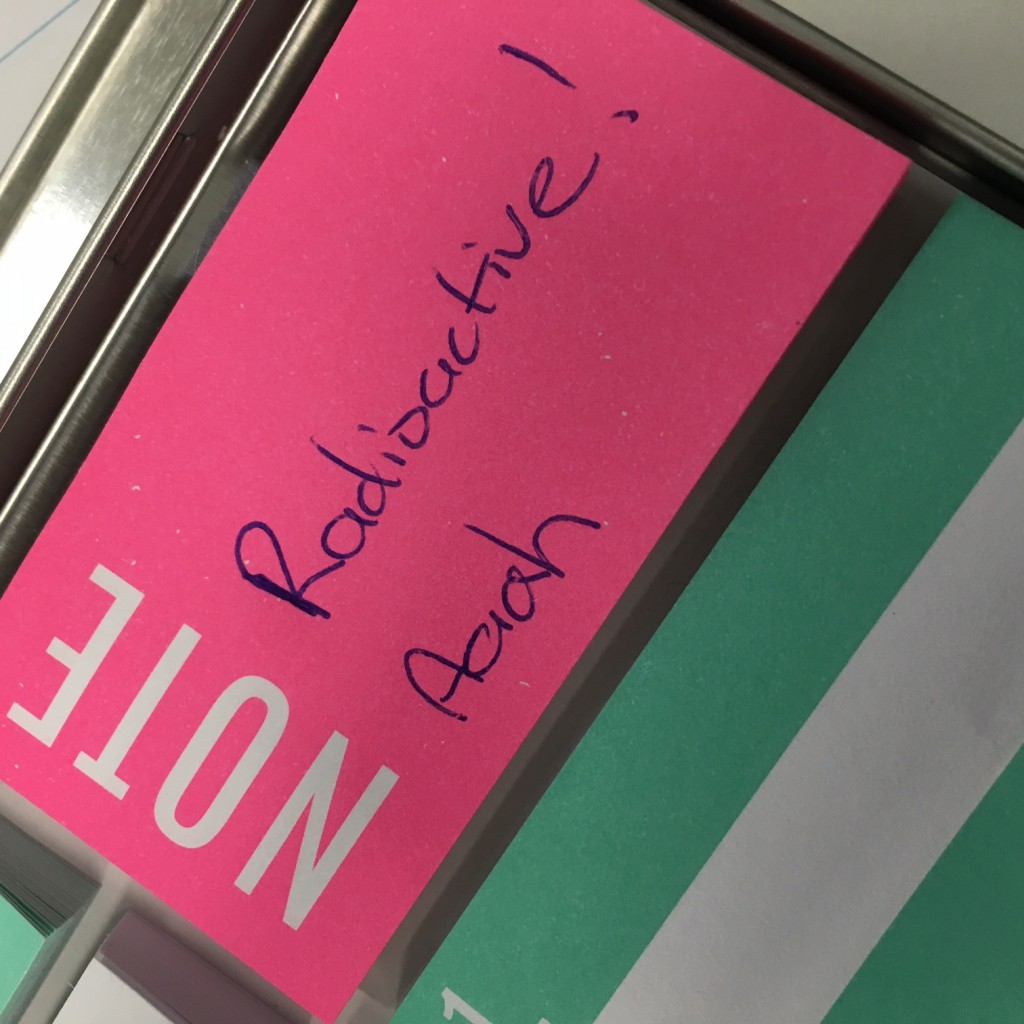 This week seems to be the week for ALL THE THINGS. In addition to the CT scan, we had a scheduled vet appointment last night for Vala’s blood tests to get more medication. We mentioned her occasional incontinence and after doing an examination, the vet said she probably has a bladder infection and asked if we’d noticed her urinating blood. We said no. Despite the bladder not feeling full, we attempted a urine sample for the vet … which came out red. So, uh, yeah. Bladder infection. Cue a month of antibiotics for the dog. That’s in addition to her seizure meds and insulin. After the cost of two blood tests, a urine test, seizure meds, antibiotics and a box of needles… we walked out $500 poorer. Thankfully our vets are really nice and charged our half hour visit as an under 5min visit due the massive size of the bill. I still feel very, very poor now.

Oh yeah, and last night I also handed in my essay for the semester, which means that I have officially completed uni for the semester. Holy shitballs, I survived it. That was one of the hardest essays I have ever written.

I posted on Facebook last night all of the journals I referenced in this essay:

And that’s obviously not including all the articles I read and didn’t need to cite.

Oh, and just in case that isn’t enough, my car is finally getting its service tomorrow. A mobile mechanic is going to do the job for me so I have to commute the very long way to and from work, using entirely public transport. Yuck!

All of these things have been hanging over me for weeks and bugging me, so it’s really nice to finally have them getting out of the way. It’s a bit of a busy start to the week but that’s just how the appointments worked out!

What have you been up to?

13 Replies to “I Have Taser Beams For Eyes Now”