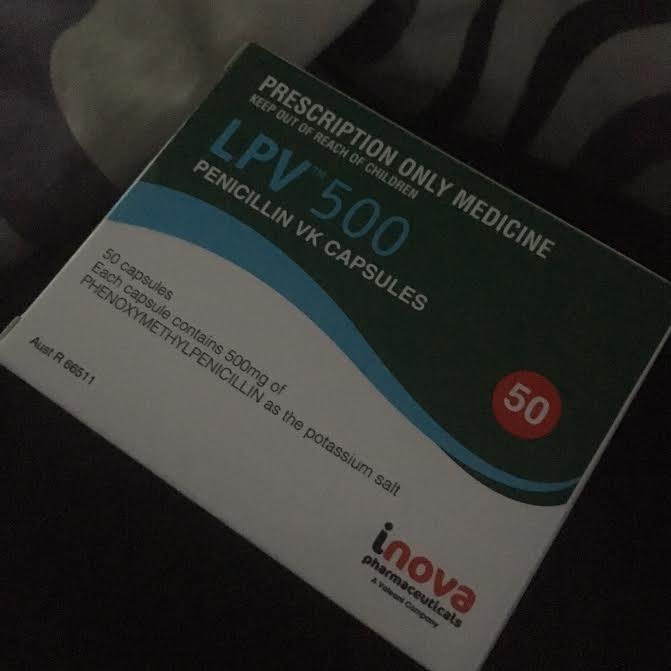 As if the joys of low iron haven’t been causing me enough fun* recently, I woke up on Monday feeling pretty crap. I stuck a box of tissues in my backpack and headed in to work. Yeah, not the wisest idea. I got rapidly worse and my throat went from fine to me being nearly unable to do so much as drink water.

I lasted about 3 hours, then dragged my ass home. I have no idea how I managed to get home. Sheer will? Managed to get in to see a GP later that afternoon and my skills at tonsilitis still exist. I know they exist when doctors look at my throat and yelp. Skillz. The GP wasn’t messing around. Cue box of 50 penicillin tablets.

I’m not good at doing nothing so I spent yesterday afternoon looking up random things on the internet. 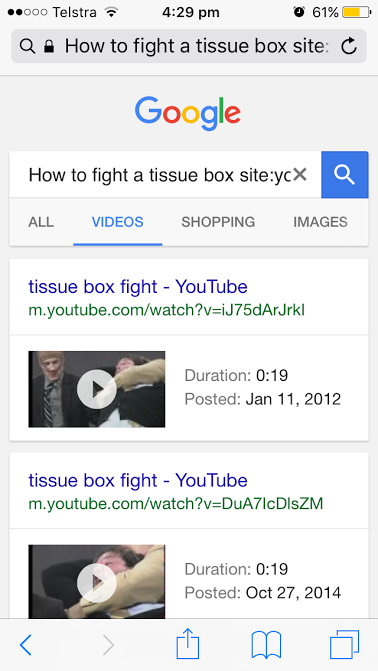 FYI: The internet sucks at good videos of how to fight tissue boxes. Must make one at some point.

If you need a good nose boop, then this video is for you:

Hmm, what else did I find…oh yes, I was looking up procrastinating and I like this woman.
Then I looked up pretty planes and came across this article. But they’re not really all that pretty. Vaguely interesting if you’re a plane nerd though.
That didn’t hold my interest for long, so then I moved to random articles on Google autocorrects. But that wasn’t as fun as finding my own weird google shit.
I was really disappointed with this one. It was all serious stuff. I was expecting to find videos of people falling asleep while holding iPads and dropping them on their faces. Because I know I’m not the only one who has done that. 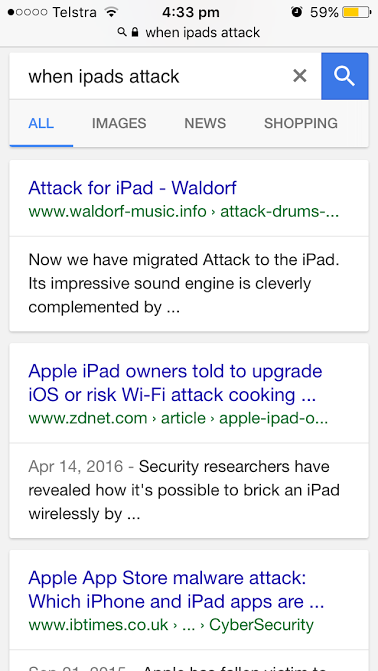 I am a little concerned that someone has lost their liver though: 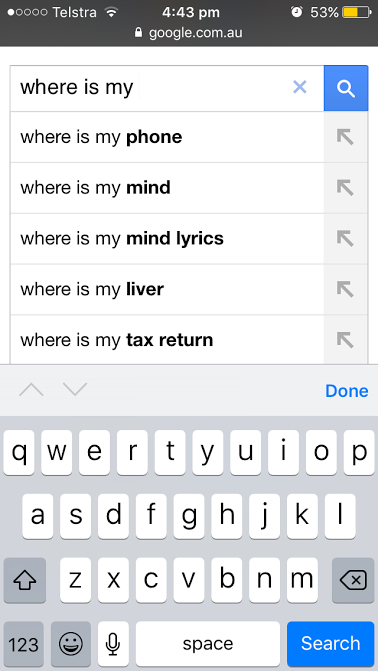 This one will be relevant later on in this post, so stay tuned… 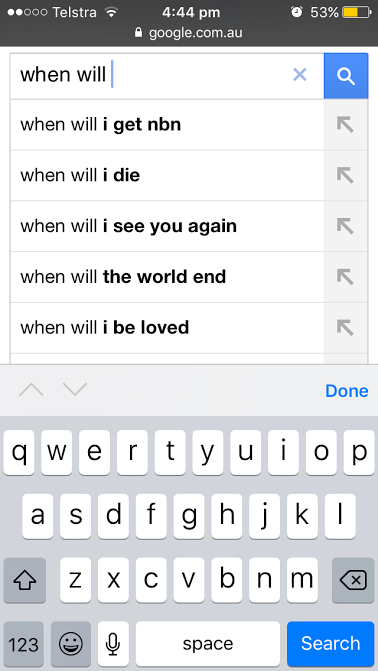 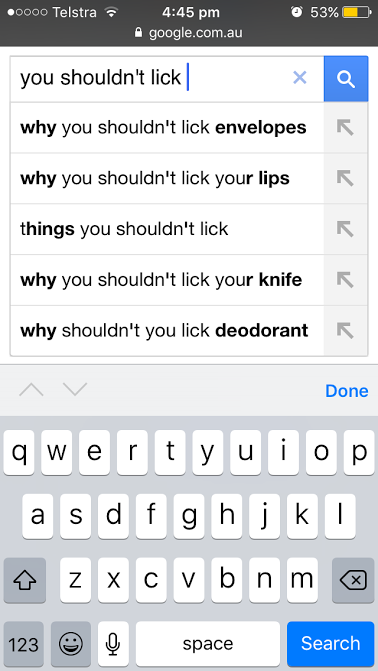 I started getting really sick last night. I couldn’t stop shaking at one point. But weirdly, while shaking, I knew I was getting better because already (probably due to the amount of painkillers and throat gargles/sprays I was taking) I could feel an improvement in my throat. I even managed to eat some cheese & crackers before bed. It was the suckiest part of being sick. You are in a lot of pain, have a fever, everything hurts…but you know that in a day or so the antibiotics will kick in and it’ll be over. That and some good sleep. Ah. Sleep. I managed to get to sleep fairly early. I want to say 8 or 8.3o. Then I woke up when Ben came to bed at about 12.30.
I was hoping it was nearly morning at that time, becuase my brain was being stupidly active in my fever driven sleep. I was planning email automation sequences in my sleep. I kid you not. I took some more painkillers, ate some ice cream (because you have to eat to take strong painkillers and ice cream is good for sore throats) and managed to get back to sleep. Until about 3.30am, at which point I crawled into the living room and decided to sleep there. I had nearly gotten back to sleep when my dog starts going nuts outside so I had to go take care of that.
I finally woke up at 7.30am and I’ve spent the day watching housing shows on TV. But I had to turn off some small house show becuase there were too many hipster on the screen. I did have to go out as I ran out of iron tablets and throat spray, and when I came home, I found this in my mailbox: 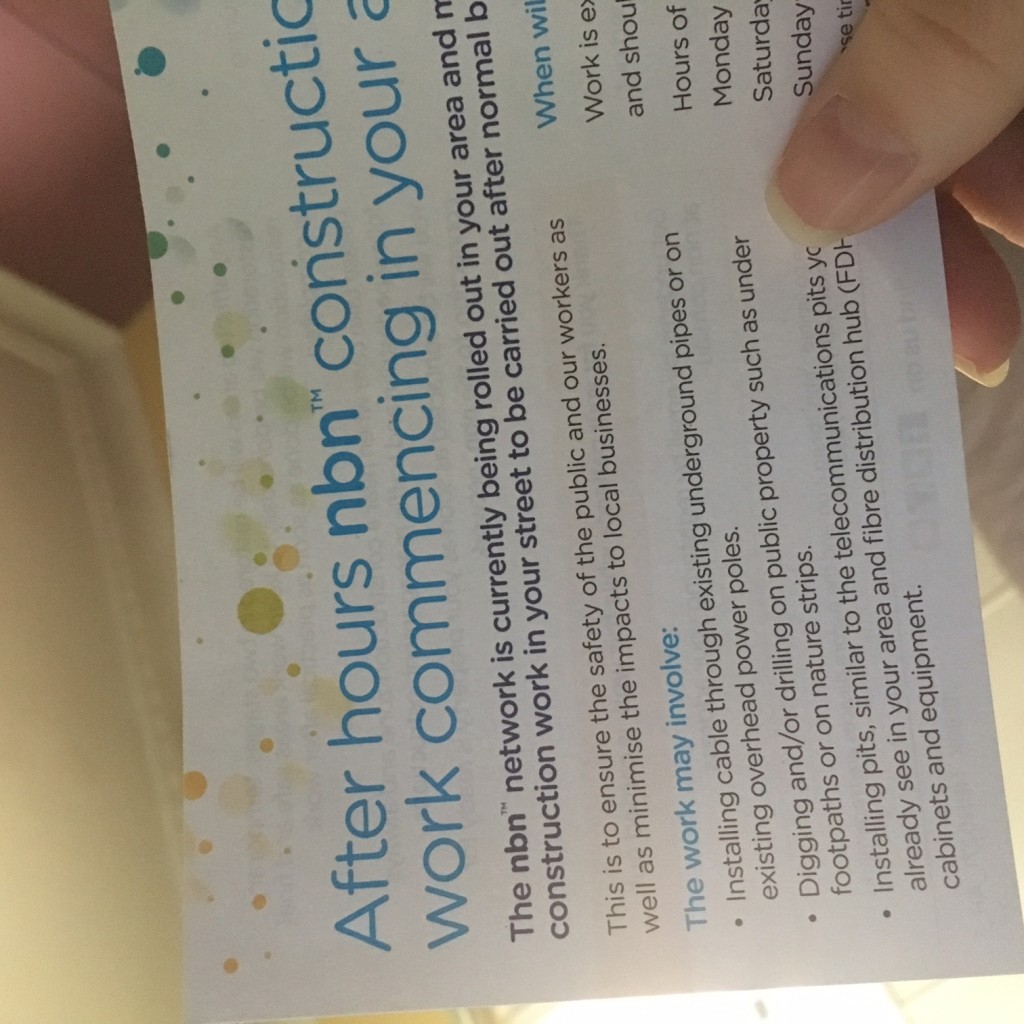 OMG WE MIGHT BE GETTING THE FLIPPING NBN SOMETIME SOON.
So my plans for the rest of the day are more couch, TV and a cocktail of drugs to beat my throat pain, faucet nose and general aches/fever.
Have you done any random internetting lately?

11 Replies to “Random Internetting While Sick”