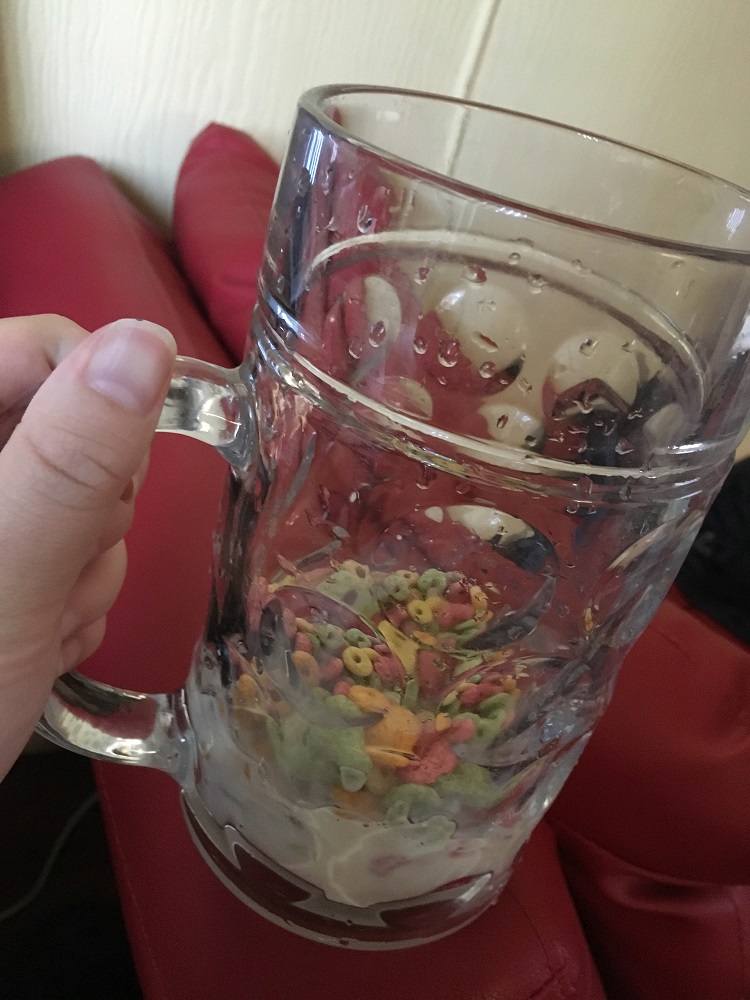 It’s 3.46pm. We had a free pass from work at midday, so I got home WAY earlier than usual. I’ve already gone out once to the post office & chemist & Liquorland (I had a voucher). I want wine but when I drove past Dan Murphy’s the car park was so full there was just no chance. But I did notice they are open until midnight tonight. Basically I’ve barely been home two hours (I actually can’t remember what the time was when I got home) and I’m already too restless. Crap.

Realised I can watch Netflix

Watched a lot of Netflix

Woke up half an hour later than usual. Clearly holiday will be a win. Ate bacon & hashbrowns; another win.

Sat at the beach for a while. Much cooler breeze than at home.

Managed to do some stress free errands at the shops. Ate sushi. Hugged an ice pack because it was just so hot.

Had long Christmas lunch in the doorway of a rehab clinic. Got annoyed by family member who insists on taking their dog everywhere but not keeping it on a leash or paying attention to where it is. Wore Christmas cracker hat. Ate cake & prawns.

Stopped off at chemist on the way home to stock up on OTC painkillers as Ben had been struggling with pain all day. They took one look at him & told him to go to the emergency department as he needed prescription strength drugs. After a fairly quick hour of waiting, being seen & getting a prescription we were home & I was laughing at what he said on the strong drugs. Aka that he didn’t want to take the valium he had been prescribed in case his head got too floppy and fell off.

Napped for three hours. It was glorious given my body has an obsession with waking me up at 5am. Ate cheese at the beach for lunch. Played Xbox & kept watching season 3 of Brooklyn Nine Nine.

Had a cranky morning. But also it was nice at the beach.

Got home & was still cranky. Neither of us have been feeling the greatest so our house was a dump & it got to me so I got mad & cleaned most things.

Gave in & finished my first big Netflix binge at 7.11pm & *sobs* I KNOW THERE IS ANOTHER SEASON GIVE IT TO ME NOW.

Woke up marginally later. But only because I went to bed at midnight so I don’t think that really counts…

Grabbed subway & ate it at the beach.

Came home & sweated my way through some bad house hunting shows, a kitchen show & my middle of the day bad TV show.

Drew a picture that night.

OMG I SLEPT IN. Until 7.30am. You have no idea what a wonder that is to me. A massive sleep in.

Discovered the wonder that is Kmart at 7am. Few customers. Few staff. No bullshit system in the newly “designed” store that makes you queue up twice. It was glorious.

I started the year by inventing the newest hipster fad. Fruit Loops in a Beer Stein. You’re welcome.

Hurt my neck and back the previous day so had a lousy and pain filled sleep. Snapped an underwire in my bra, which meant I only owned one bra so I resigned myself to going bra shopping. Yuck. Made some new Cards Against Humanity cards from their blank cards (just scroll down on the homepage and you can find a PDF download of the blank cards).

Had to go to a shopping centre to pick up bras that I had on hold in store. It was busy and people kept stopping in the middle of the aisles and blocking them. WHY? I do not like shopping. Or shopping centres. I did a bunch of blogging and grocery shopping, then fell asleep watching our first Blu Ray – Willy Wonka and the Chocolate Factory (I do not acknowledge the remake as existing).

So pretty much it was air con, Netflix and random trips out of the house for little purpose.

How was your Christmas break, assuming you got one?

6 Replies to “My Christmas Staycation”