Heads up – this post contains massive spoilers for all seasons of Gilmore Girls, including the new Netflix revival series.

If you haven’t watched the series and/or are planning to watch it, please click away now!

Why Writing “Boring” Stuff Is A Skill 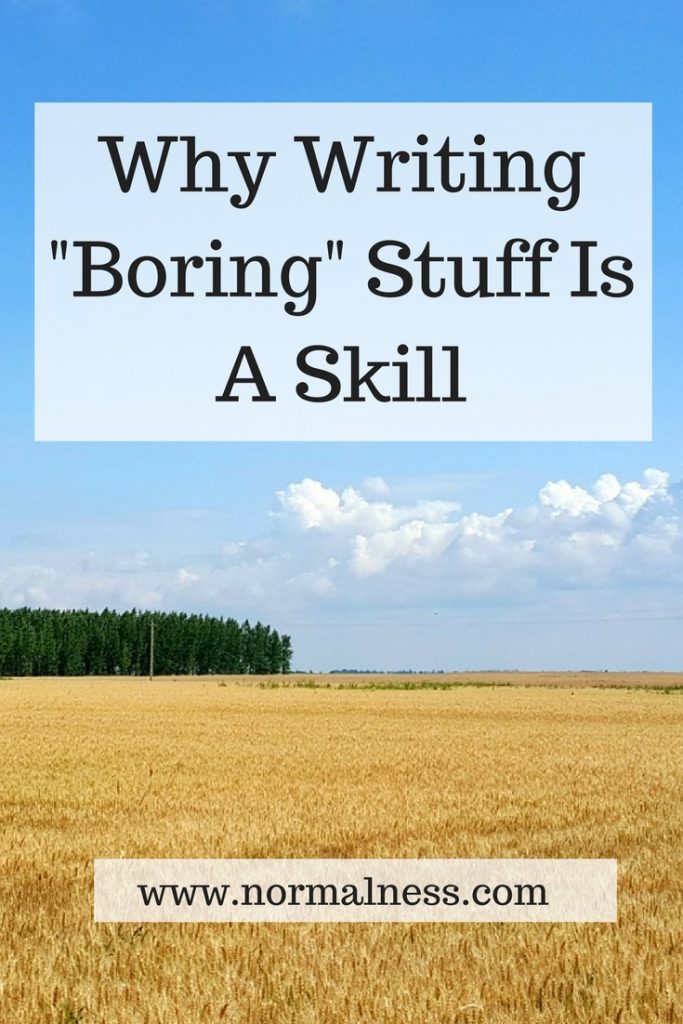 Last week, I came across this video on Cracked, which is a fascinating fan theory about Gilmore Girls. In case you can’t watch the video (it’s nearly 8mins long) the summary is that the original Gilmore Girls series is actually the book that Rory wrote in the revival series about the lives of her mother and herself. It suggests that the book is the sanitised version of their lives. This is why Rory is so different in the new vs old series.

Years ago, I was in a screenwriting elective class at uni. I was told my idea was boring and needed to be spiced up. Power and relationships wasn’t good – something “better” like drug dealing needed to be in it. I could see potential in how my screenplay was supposed to work out – my tutor couldn’t see anything other than the “boring”.

Lets go back to Gilmore Girls land. It’s not uncommon to read complaints about how well behaved, aka “boring”, Rory is in the series. She’s polite. She rarely argues. She does her schoolwork. She was boring.

And yet, Gilmore Girls was (is) an incredibly popular show. These two ideas – of a “boring” main character on a popular show – seem to be mutually exclusive. On the surface.

I don’t think I had a standard teenager-hood, but I also don’t relate to the drama that was in most teen shows (at least the shows I saw when I was in high school in the 90s and early 2000’s). Rory, though, was someone I could relate to. You could say that the character had a conservative path in life – school, competitive school, competitive uni… but I wouldn’t say that the character herself was conservative. Again, I feel that mirrors me to some degree.

So the writers of Gilmore Girls took what people see as “boring”, and not only got it written into a show, but a show that has had a great amount of longevity. Like many things in life, I’m quite sure that what makes a TV show successful is a massive combination of variables, so I don’t like to pin success on one thing. But I feel that with Gilmore Girls, there was clearly a great deal of skill that went into making a “boring” character part of a successful TV show. If Rory didn’t do much of the teenage rebellion thing, then why did people tune in?

My husband & I were talking about the fan theory and the idea of making boring interesting. I had a good idea at the time about where they got the drama from in Gilmore Girls, but it has irritatingly skipped my mind ever since and apparently I didn’t voice it to my husband. (Damn him. Why can’t he just read my mind.) Anyway, I think it was about the skill of writing, the amazing minor characters (read: minor characters that actually had character) and I’m sure, a lot of other sets of variables.

What do you think of the fan theory? Do you think writing “boring” things is a skill?

How Do You Choose What To Write About?
Comments (16)

16 Replies to “Why Writing “Boring” Stuff Is A Skill”