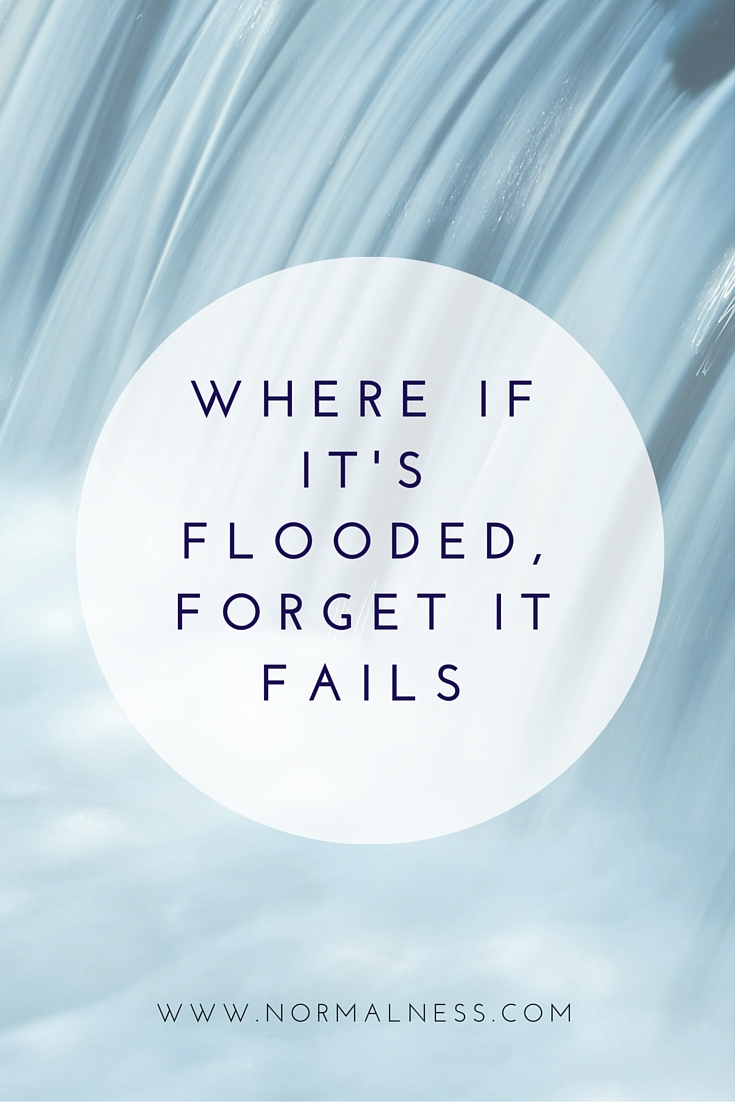 Earlier this year, I had a traumatic drive home from my then-workplace. There was flash flooding. I was nearly caught in it not once, but twice. It’s a long story and one I haven’t really recounted as it was fucking terrifying. I wrote it out as a personal healing exercise but I don’t feel like publishing the nitty gritty.

But, with summer here and “If it’s flooded, forget it” all over the media, I feel like I need to talk about this.

Where If It’s Flooded, Forget It Fails

In fact, I was on a road I knew well, stuck in very heavy traffic. It took me over an hour to get 450m. (I measured it on Google maps after.)

What I didn’t know at the time was that the suburb I was in was practically an island. Most roads were cut off by floodwater. Hence the traffic at a literal standstill. The worst of the floodwater was quite a few k’s away, but the backlog was what I was caught in.

I made it off the side road and onto the main road. Progress! About 40 minutes to get 200m.

Only things got worse. I was in the middle lane of three. I could see there was a lot of water in the left hand lane where the road dips just a bit for you to get into driveways for businesses. I looked over and it was deep enough over the gutter, but cars were pulling in & out of businesses safely as it was only the gutter flooded. After a fairly short period of time I noticed more people merging into the middle lane where I was, and that only vehicles with high clearance were getting through the left lane. At this point I started to panic a little and keep a very close eye on the lane. It was rising fast. Soon not even high clearance cars were going through it. I was worried it  was about to reach my lane.

Seeing as the traffic wasn’t moving at all, I  made the decision to do a u-turn at the next lights and return to a shopping centre. It had rooftop parking so I was expecting to sleep in my car up there that night, but at least it was on the roof so it shouldn’t flood. I moved across a lane, so I was in the lane in the middle of the road. One step closer to the right hand turn lane so I could do that u turn and escape. I was only a short distance from the lights but due to traffic not moving, it took me another 15-20 minutes to get to the lights. In that time the water was coming up to the middle lane. My heart was beating so fast this entire time. If it kept coming up, where should I go? What do I do?

I made it to the right hand turn lane when the next hazard presented itself. I had been paying such close attention to the side of the road I was on that it didn’t occur to me that the other side was also flooding. Yep, the same 1-2 lanes on the outside were flooding. Crap. I was about to do a u turn into flash flooding. When I finally made it to the front of the lights I knew what I had to do – a sort of a 3 point turn in the intersection so that I didn’t have to drive into the flash flooding to get turn around and on my way to high ground and safety. It was scary as hell. I went as far as I could in a usual u turn shape without driving into flood waters, then reversed (the intersection was empty) and drove into the driest lane. From there I easily and safely made it to the high ground. (And that wasn’t even the worst part of my night.) 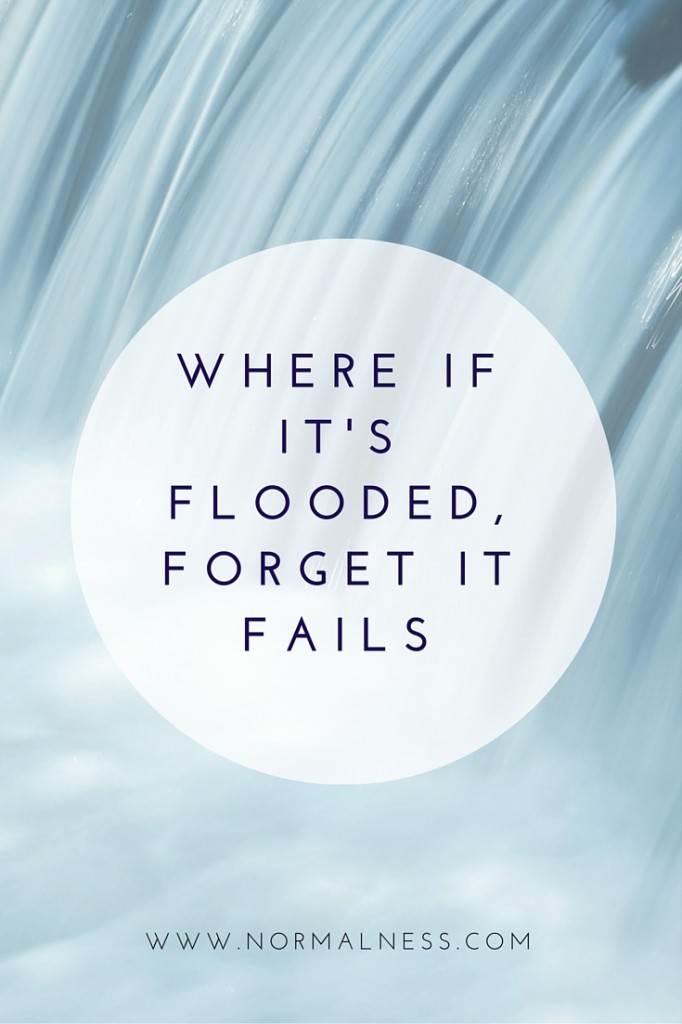 This post is not here to denigrate the “If it’s flooded, forget it” message. I think it’s valid and worth promoting every summer. This year, I like that they’ve taken it further with “it doesn’t matter what car you drive” (hint hint people with 4WDs or people who think SUVs are the same as a big proper 4WD). But what I worry about are the gaps in the campaign. Like most public health or safety messages, they keep it simple and plan for it to reach a lot of people.

But they don’t think about the gaps.

In the same rain event I was caught in, a few other people died. I’m not clear on the exact circumstances – aka I don’t know if they were caught in flash flooding or drove into flood water deliberately and it ended with their death. I’m not a coroner or a road safety expert so it’s not my place to judge or guess.

But lots of people do think it’s their place to judge and guess. I saw far too many comments on social media that were basically victim blaming. Here’s the thing: this was a once in a…well they don’t know. The storm was described as unprecedented. It was massive. My understanding is that the quantity of rainfall in the hour or two leading up to it had not been recorded before. Areas that had never flooded before did flood. Or areas that usually flooded in only a minor  way flooded majorly.

This summer, I hope that no one is impacted by floods. But, you know, it’s likely. If you hear stories of people trapped in cars or washed away, please don’t judge. You can be sitting on a road and a freak event causes flash flooding. Roads can be so jammed you can’t get out. This is where the “if it’s flooded, forget it” message fails.

8 Replies to “Where If It’s Flooded, Forget It Fails”