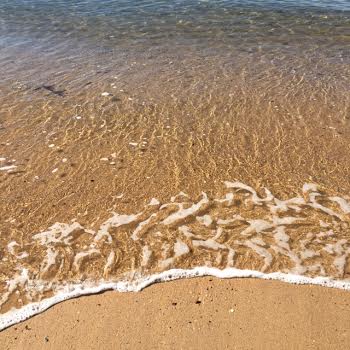 You can read a bit about the Friday when my holiday started here. The addition to that is that I got even more concerned about my ankle that afternoon, and lucked my way into a random GP, who did a full examination. He said there was no damage but said I did need to keep it rested. Even a short trip to the GP and straight back home was enough to make it ache.

The Staycation That Was

My holiday started, as most good ones do*, on a Friday.

*Ok, I have no evidence, but I wrote that late at night & well, a random thoughts journal* of a staycation is that exactly.

*I just made up random thoughts journal too.

Ok. So staycation is shorter than “sitting on my ass for a week because I damn well can”. So while I still think the word has too much wank, it is also convenient.

Finished work at 4pm & stumbled from my study to my lounge. I knew I had 2 seasons of Bones to get into but also Ben wanted to watch them with me & I wanted downtime alone, so I watched Zoolander. And then I watched the first disc of season 3 of My Name Is Earl. That’s the prison season.

Ben watched some of it as we area eating tacos for dinner & he said it made him want to watch new OTINB. I worked out that I have a problem with the guards on OTINB. They’re all too smart. Granted I’ve only seen two seasons so I can’t speak beyond that.

My body wasn’t coping with the combination of my ankle injury and period pain around this time so I took some codeine & felt like a hippy (green tea) and not like a hippy (OMG big pharma) at the same time and I’m a walking (hobbling) contraction so nyah! I am both. I’m Schrodinger’s hippy*.

*Upon reflection a week later, I think I must have written that when the codeine had kicked in.

I realised my staycation plans of having my shit together & the house all cleaned didn’t happen. after I got up & showered, I did the dishes.

Best life hack ever! I can’t wash dishes without spilling water all over me. So I did it while I was in a towel. Spills are automatically absorbed. Seriously, try it.

Anyway, dishes done, bacon remembered and breakfast cooked. Seeing as I had to rest my ankle I didn’t do anything I usually do on Saturday’s like wander markets, op shops & garage sales…so another disc of My Name is Earl it was. I was getting restless so I edited a some video clips I had filmed two weekends before & set it to upload to YouTube. Bloody hell we need NBN. So slow.

I went to the library to return books & pick up my reserved book & DVD. Ducked into Woolies for honey & tampons; came out with honey, tampons, chips, nuts & sweet potatoes.

Settled into my first book of the holiday; American Sniper. Got through about 2/3 of it before it got too dark to read. I had a candle on & it was pretty so I put season 9 of Bones on.

I slept in…woah. Double woah for cooking breakfast and not running straight out of the house. I guess staying up late lets the impossible to sleep in me, sleep in.

Burned my finger on the frying pan because apparently I don’t know that metal bits are hot. Also did lots of random cooking. 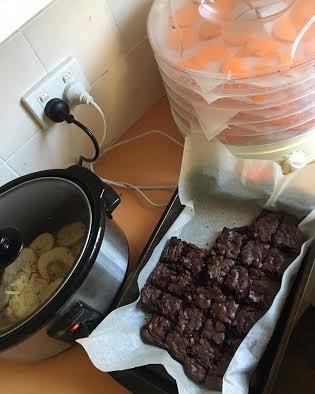 Monday is when the Adulting sadly kicked in. My car starting making scary noises. I called around garages, knowing it needed a service. Well it turned out it didn’t need just any service, it needed its 90,000km service. Which is big. They replace a lot of car parts. Which means parts, labour… And a lot more money than I had budgeted for.

Loan time! I called my current bank & had a chat. All seemed good, apart from one area where paperwork was inexplicably complex. (It’s a long story & more about anything but the bank.)

Played at lot of Sims. So much that lying still hurt my back a little. Had a lunch that consisted entirely of cheese. Had a dinner consisting of leftover pancakes. Got a little bit of cabin fever, what with the scared-to-drive-my-car and sore-ankle situations, which meant that when we ran out of bread and I needed to walk to the corner store for more, I was really excited.

Wandered on the beach, sat around reading/DVD watching and  make some chili to freeze. 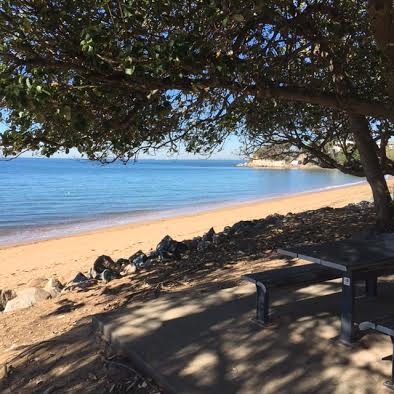 Attempted clothes shopping. Still don’t like clothes shopping. Caught up with friend, lunch out and learning that my dog is hide-under-me, run-away-t0-the-backyard scared of babies. It was kinda funny if she hadn’t been so really scared. No lashing out, just a “what the hell is this small hybrid human dog sized thing” was going on in her brain.

Late in the afternoon, the final bit of paperwork came through that I was waiting for in order to get a small loan. Too late to actually go to the bank, but it was all ready. So I went to watch the sunset at the beach instead. 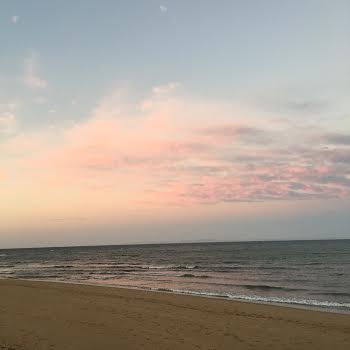 Went straight to library to print documents for the loan. Took them into my bank, and got there right as they were opening. Someone managed to end up in front of me with the personal banker queue so they booked me in and I went to Coles and bought that little mixed box of pastries that you can get for a very healthy breakfast. (We all know we need a sarcasm font, right? Good. Lets continue.) My current bank are great and there was no hassle with the application, and always a friendly chat with the staff while they were working. The only bad part happened when they said they needed 3 months of credit card statements from ANZ, who I depressingly still have that one account with after they fucked me over last year. 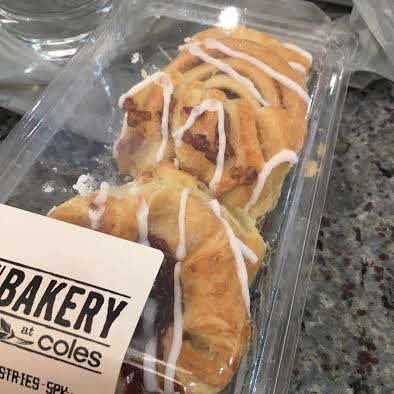 I trudged to ANZ and waited to see a teller. But of course, ANZ is equally as painful as Centrelink, so they couldn’t do it. The woman rudely said she can’t print statements and said “You have to go over there” with a weird wave. I said “Where is ‘there’?” and she pointed to the personal banker queue. Which was huge. They had at least a dozen people waiting and 1-2 personal bankers. I walked out.

I went back to my bank (thankfully all in the same shopping centre) and told them how “helpful” ANZ were…so I said it would be faster for me to drive home and get the statements from my filing cabinet than it would be to wait for ANZ to print them for me. She said that was fine and that I could just email them to her and she would attach them to my loan application. So I went home and did that.

For some reason my efficiency binge went on and I tried to roll all of my super into one account. I used my present (and compulsory) fund’s online tool, added in all my other member numbers and stuff…then it said log in. Woo. So I logged in. And then now I still have NFI if it has actually done anything or if it lost all the work I did. And now I’m cranky at it and don’t want to go through it all again.

Who spends holidays looking at super accounts?! What is wrong with me?

I decided to reward my adultedness with lunch out at my favourite local fish and chip shop. They aren’t cheap but they are always excellent quality food and cooked to perfection. 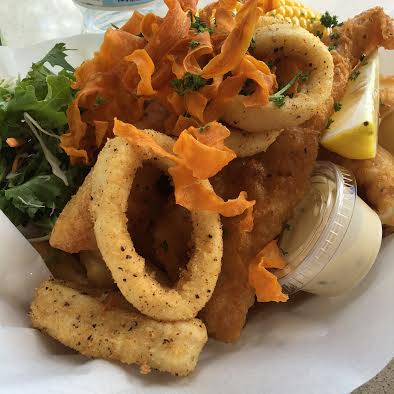 I couldn’t find anything entertaining to do that night, so I mindlessly watched DVDs on repeat while playing games on my iPad and talking to Siri. Who doesn’t know where the closest brothel to me is, FYI.

Saturday we needed to go to the egg farm as we were out of eggs, so I dropped by my favouite random op shop on the way and found this bargain of a 56k modem that I just had to take a photo of. 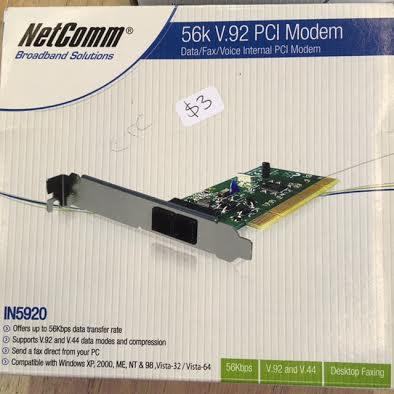 Then I decided that I should get my other favourite takeaway meal for dinner…which is a local Chinese place. Yum. I was worried that they wouldn’t be as good because I know they changed owners…but I think they’ve gotten better. Yay. We bought honey chicken and beef black bean. 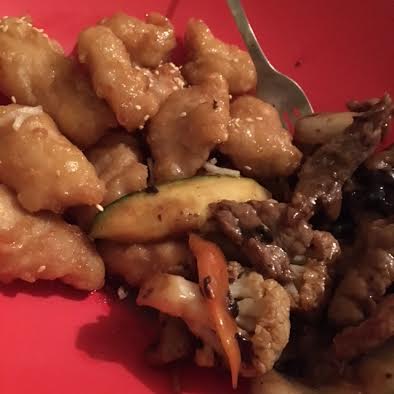 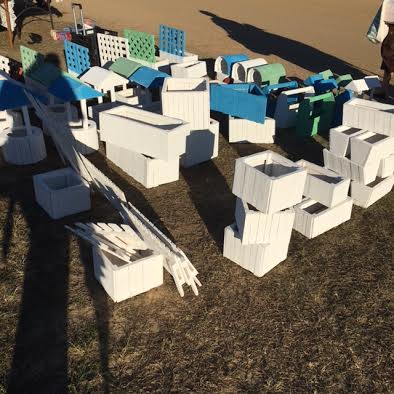 Ate a donut in the car at the beach because it was freezing at home. Then I started feeling not so great and pretty much went to bed for the rest of the day because I have a vague cold/sinus infection/whatever that is making me a bit blah this week. 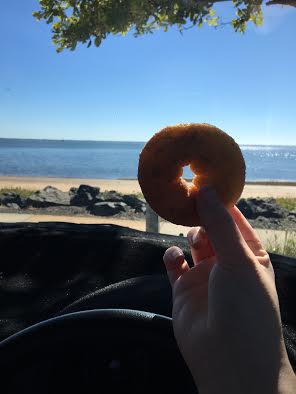 In the mean time, I did some basic maintenance to my car and that has made it less scary to drive. Aka noises have stopped. It still needs its service though, and I’ll feel a lot less worried about driving (well, not so much driving, but it not starting) once it’s done. Still waiting to see loan moolah in my bank account and so I can get it booked in somewhere for all its fixings.

And that was my staycation. I did even less than I had planned to, which was both frustrating and probably necessary. At least next holiday I can feel a bit better about actually doing stuff. I hope! In fact, I’m kinda wondering if I can sneak in a night away before school holidays jack the price of everything up …

15 Replies to “The Staycation That Was”