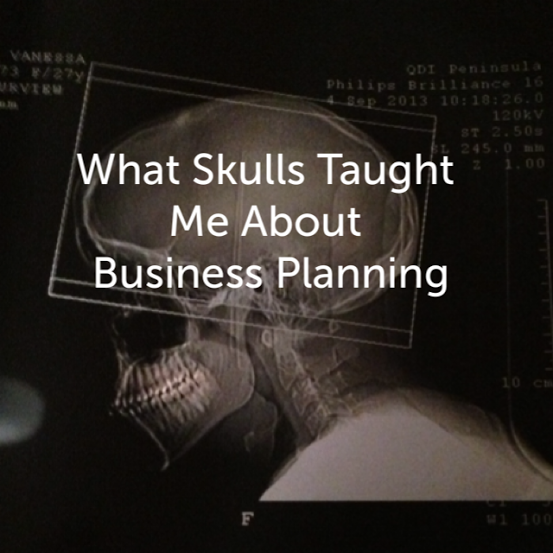 When I was at university, I took a class in evolutionary anthropology. It was a great mix of practical and theoretical, run as a summer semester intensive. I’ve spent a lot of time with skulls (real and fake/casts) and I can classify them by species as well as gender. This is harder than is sounds because skull robusticity is a useful identifying factor and what may be a male feature in one species is a male and female feature in another species.

On a side note, that’s when I used to yell at the TV when Bones was on, because if an undergraduate can classify between the huge variety in a genus as well as gender, then it always seemed they made such a big deal about a highly trained professional identifying a skull when they already knew the species was homo sapiens. (I have a love/hate relationship with that show.)

One of the topics that came up in a theory session was about classifying remains. Some professionals were more prone to group remains together, others were more likely to see remains as individual steps of evolution. This is known as lumpers and splitters.

Seeing as the physical evidence is overall highly limited, there is no right or wrong way of classifying skeletal records. Classifications will change over time as technology allows for new investigations and as new records are found, bringing further context to other skeletal remains.

So what does an undergraduate anthropology class have to do with business planning? It cemented in me that even something that most people would see as hard evidence is actually a flowing, changing and highly contextual.

Just like a business. This is a high paced world we live in, and I would venture that many online businesses are a bit too fast paced for a traditional business plan.

I have too many ideas. Too many businesses. Probably too many websites. I change my mind often on what should belong to what website. At the moment I choose what goes with what by whichever I’m focussing on at that time. It’s probably not the most strategic of choices, but if that’s where my energy is, then I figure it gives me the best chance of success.

Energy (just like most resources) changes over time, so it’s ok to change where your focus is.

Have you ever learned a lesson in a strange way?

3 Replies to “What Skulls Taught Me About Business Planning”