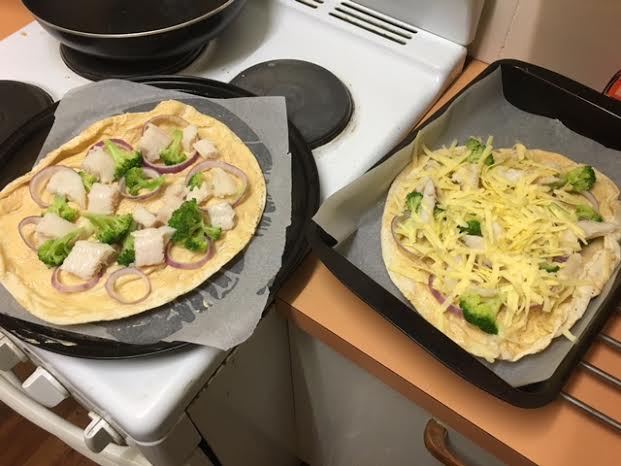 Here it is, the fortnightly photo post of what I ate! This is partially to show you what I make with what I shop for, but a lot of things are also made from our general home stock of pasta & rice.

Fish and Broccoli Pizza: Obviously we ate this cooked and the photo is uncooked, but the cooked photo looks wonky. They look like this, but melted. It was a random idea I had that turned out amazing.

One of those weekend “I need to eat but whaaaattt?” so I went with an omelette filled with tinned chicken. 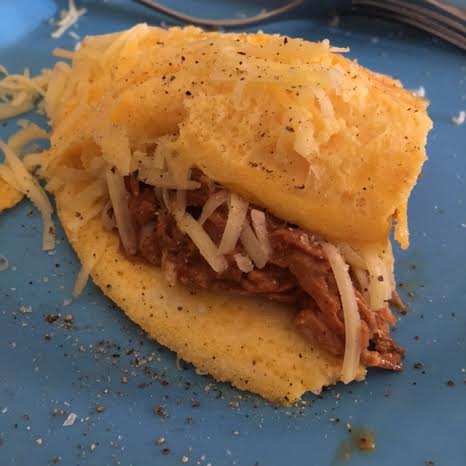 And for this one I should win food photographer of the year. It’s an olive bun from Coles. They’re really upping their bakery game and it was nicer than stuff I’ve bought from “proper” bakeries. 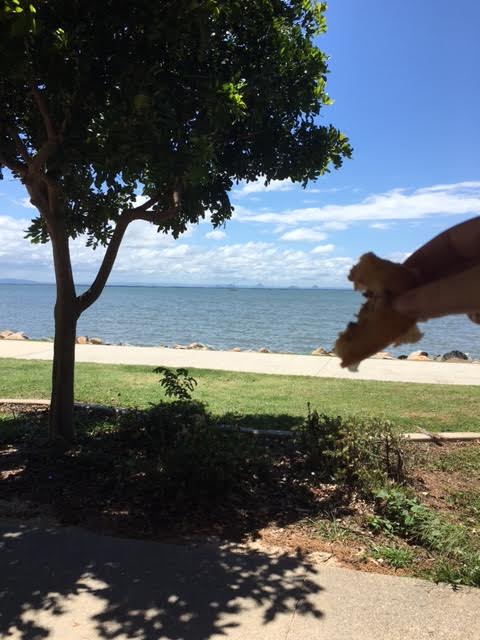 Hot dogs…a great lazy dinner. All my food is lazy food. Check out that mustard…I may have gone overboard. 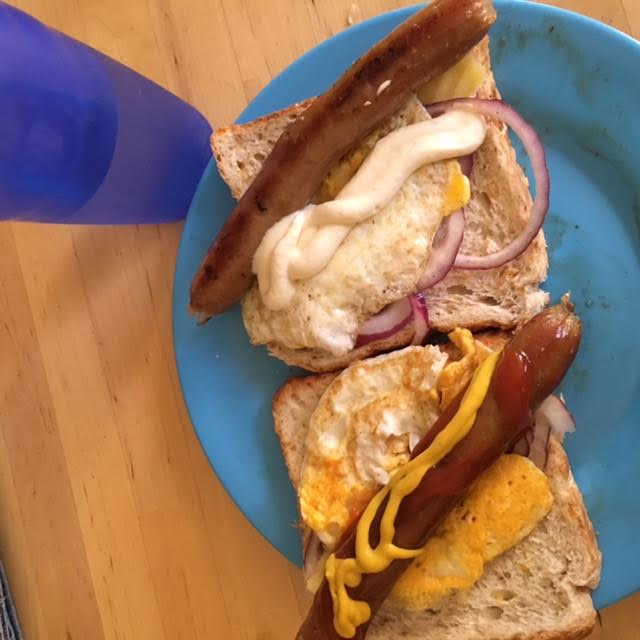 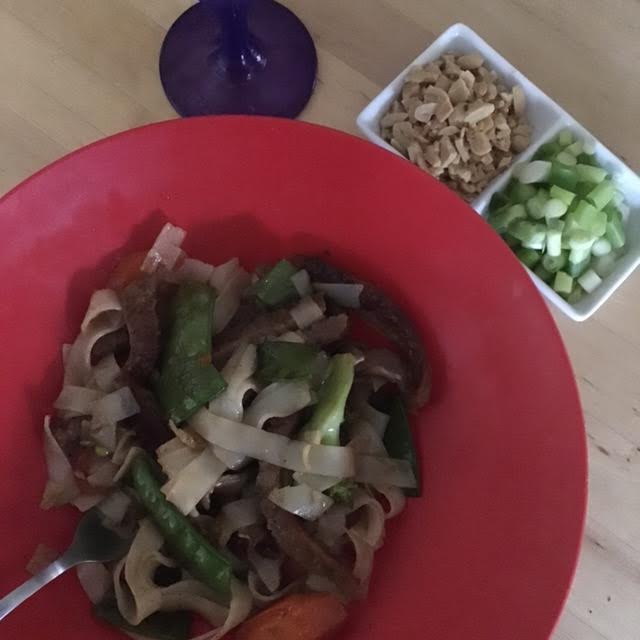 A fairly typical weekend breakfast – bbq, beach, bacon. The three critical B’s of my life. (Yes, I slather my hash browns with Vegemite. Yes, I am awesome, thank you! So kind.) 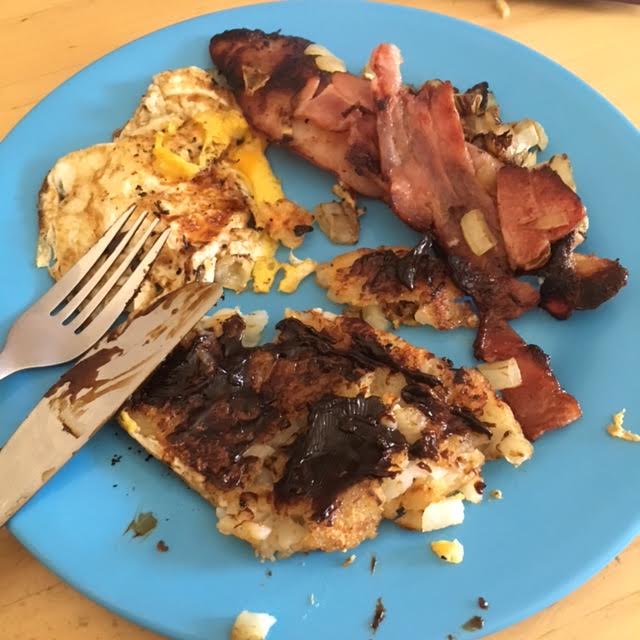 I have no brand loyalty – EasiYo maker and Hansells yoghurt. This Greek honey flavour is fantastic. I’ve been eating it for breakfast in an attempt to actually eat breakfast at home. 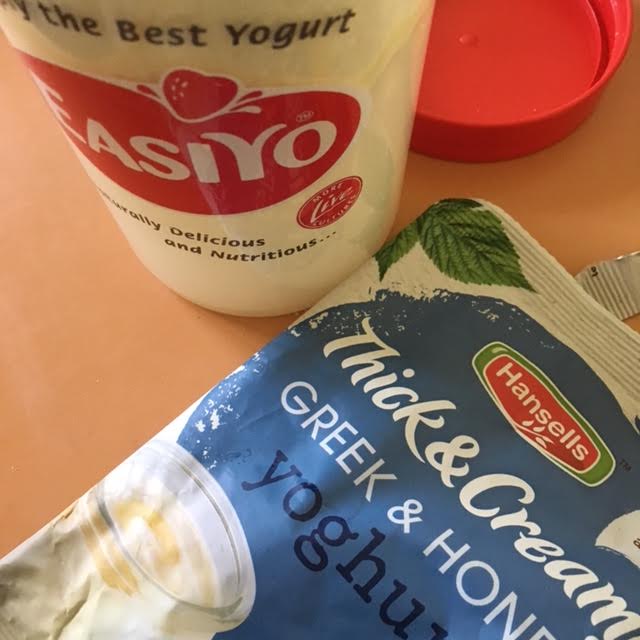 Tacos – I use a tip I found online and put the cheese on the bottom so it melts as a seal for when the shells break. It doesn’t really work, but I feel smart when I do it, so I keep on doing it. We generally stick to beef, cheese and carrot, with a sauce of some kind – sometimes avocados if we have them, otherwise it’s something creamy. I also put some corn in the mince. 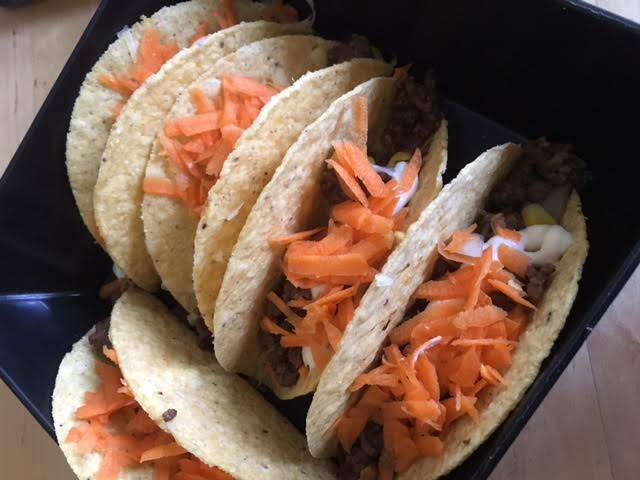 Last week I was SUPER ORGANISED and made snack boxes for me to take to work. This week, not so much! These were really great though and I need to make it a thing to do them. 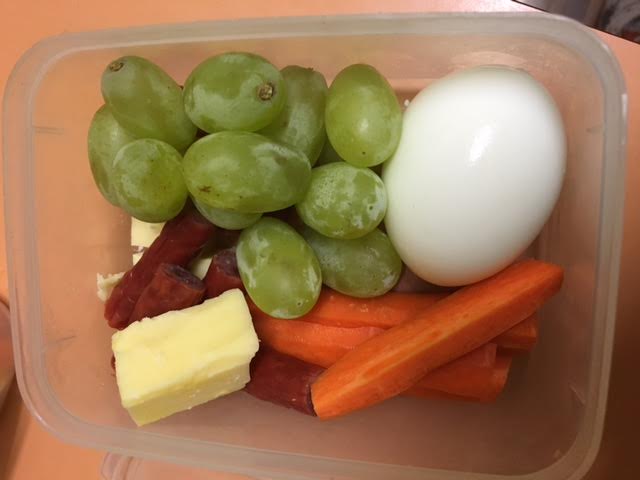 Home made wedges for dinner. Yum. We use sunflower oil in our house. What do you use? 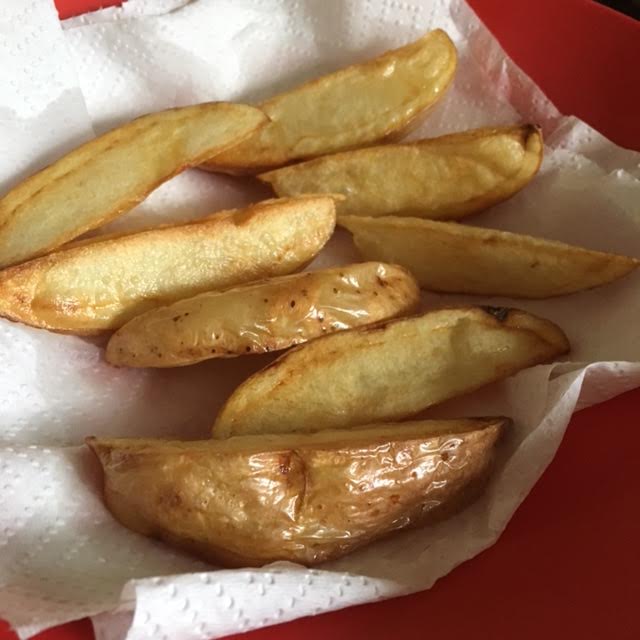 I cannot cook rice. So when I scored a bargain slow cooker from a garage sale, I was all excited. Apparently it’s a thing to make rice in slow cookers, so I did it. It came out a bit gluggy, but that’s better than burned to the pan like 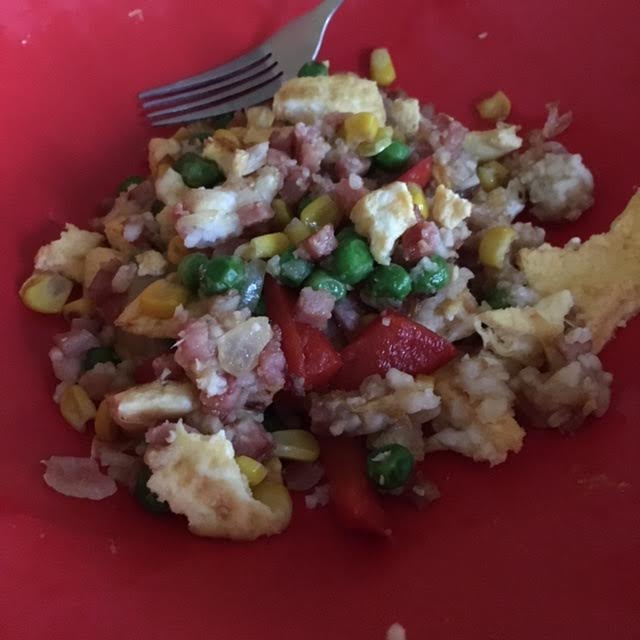 This a morning I didn’t eat the yoghurt for breakfast…the old cafe “cheap” breakfast of raisin toast. Totally did not have this again this morning too. 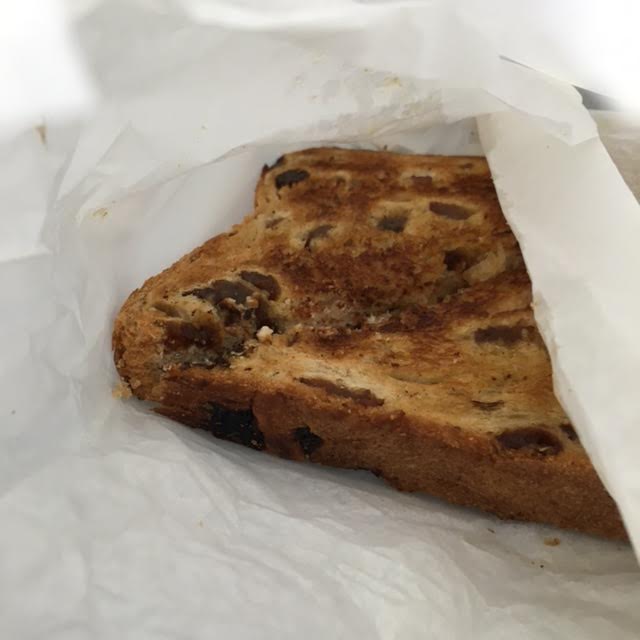 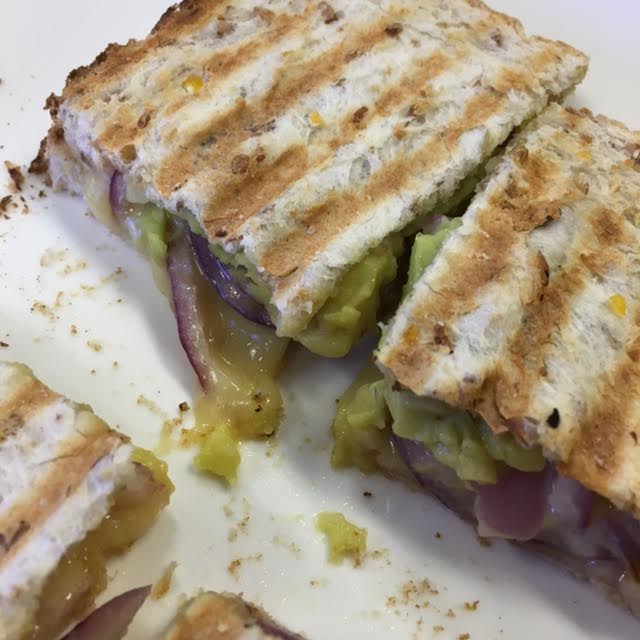 Another lazy dinner go-to (I swear, all of my meals are lazy and easy to make): chicken roll with aioli. 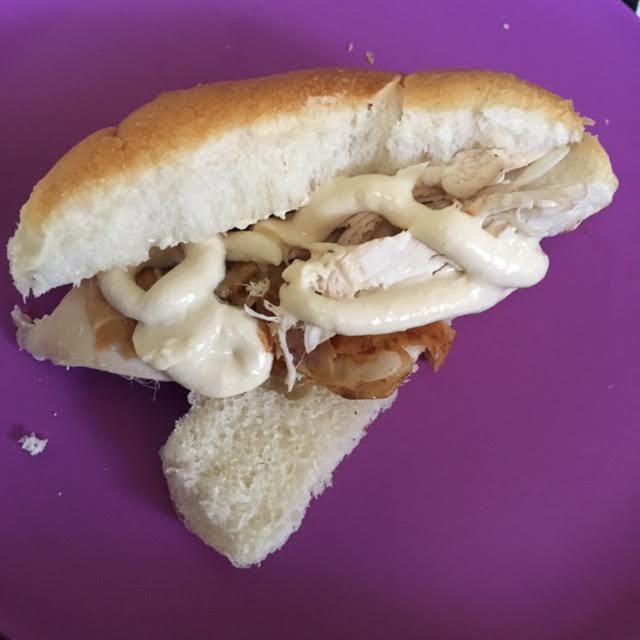 When I ironically couldn’t stand the idea of making a toasted sandwich myself, I went to the cafe one lunch time and bought one. 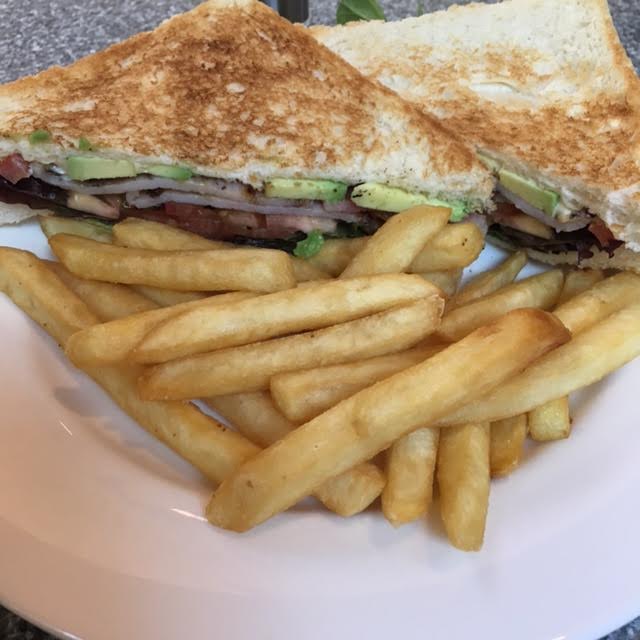 Yeah…chicken roll, round two. Using up the leftover chicken! 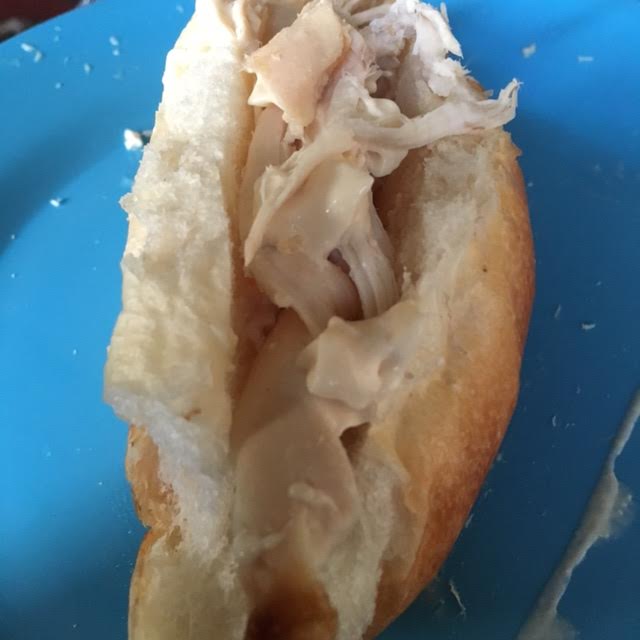 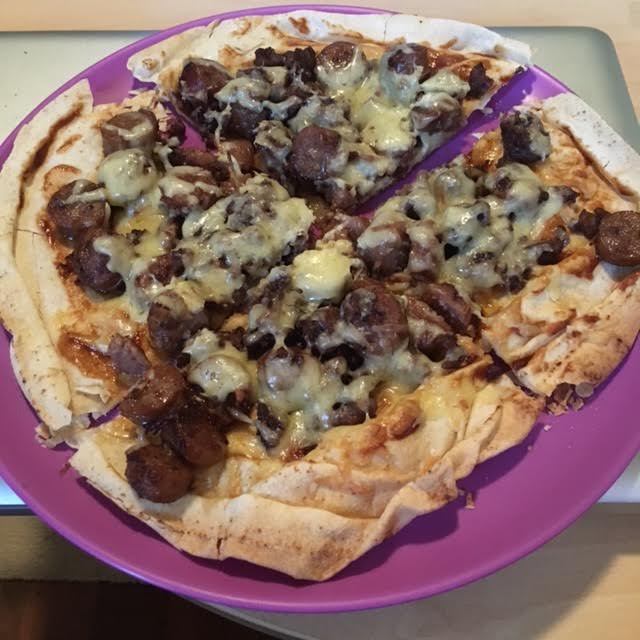 Avocado seems to have been my theme this fortnight… 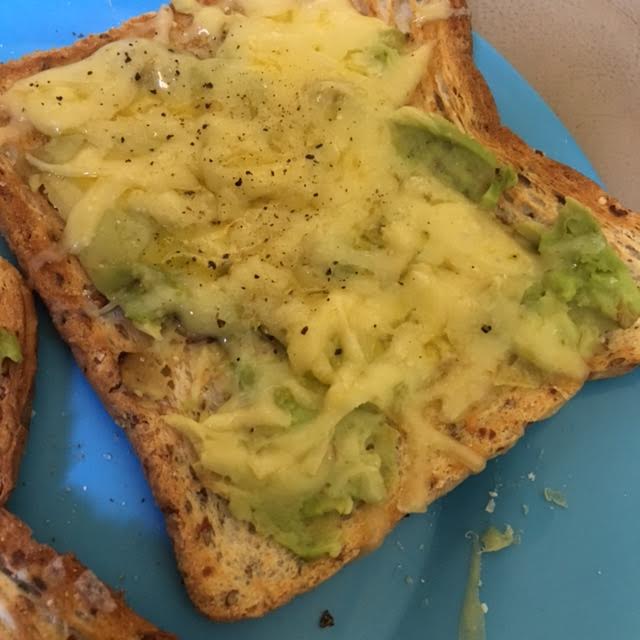 I attempted a mug brownie, which was better than most, but still not great. 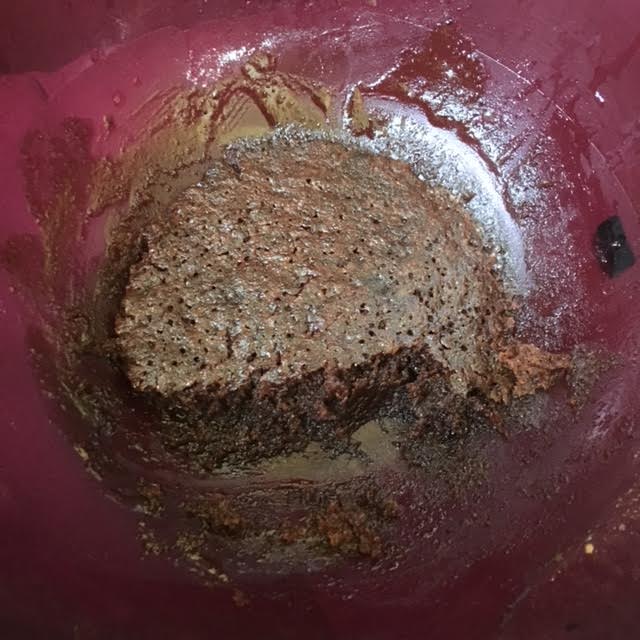 We had a really, really nice dinner bbq at the beach the other night.

And the final result: fried rice with home made sweet n sour sauce (because that is SO EASY to make – who knew?) 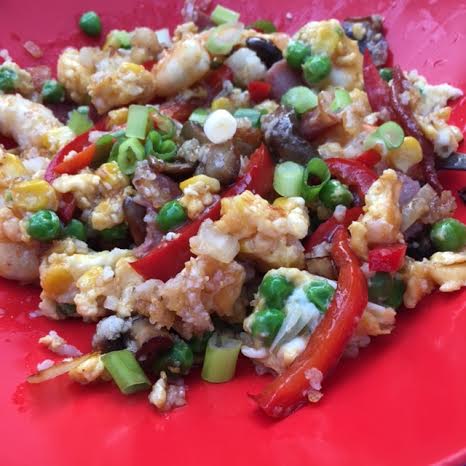 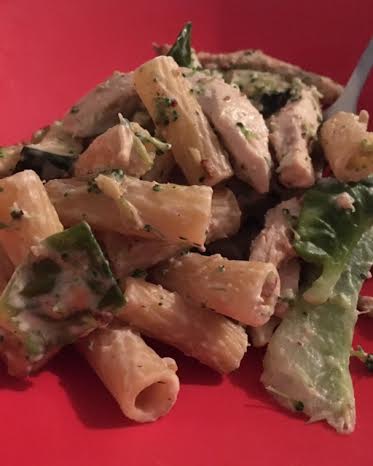 Katsu Don – when I was really hungry and a sandwich wasn’t going to cut it. 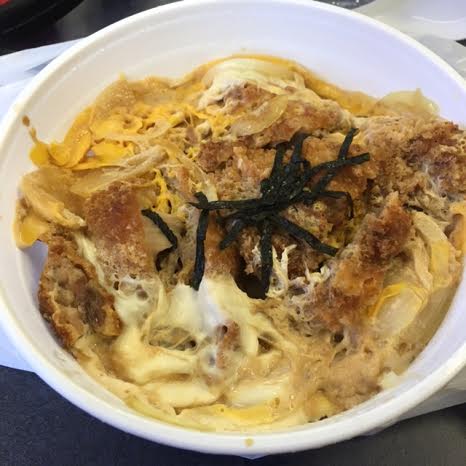 And last, but not least, creamy chicken pasta with veggies 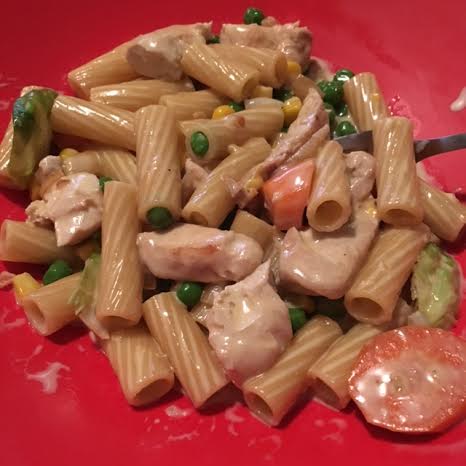 Avocado was clearly a theme for me this week. As was not liking sandwiches.

Do you notice trends in what you eat?

There’s Something Fishy about this Tart

A Something On The Somewhere Cocktail