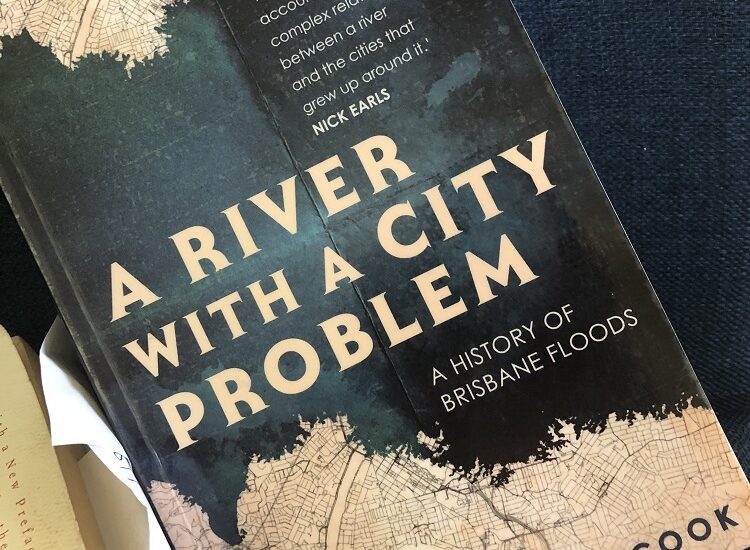 A River With A City Problem is a historical account of the Brisbane river flooding, the impacts of the floods, and the political decisions (or lack thereof) that have not prevented subsequent floods.

The important thing to remember throughout this book review is that it is a very good book. It might not sound like it while I write about it, but they make history and hydrology interesting and accessible, which does make it a good book.

Book Review: A River With A City Problem 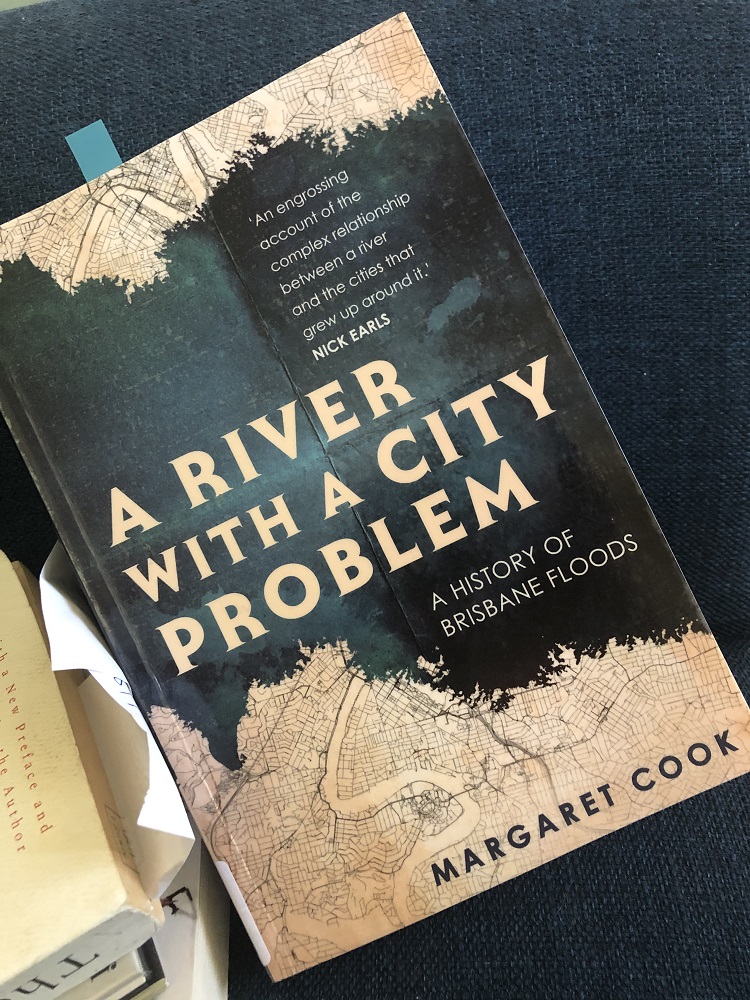 So why am I trying to remind you that this is a good book? Because of politicians. Their complete lack of action for two freaking hundred years made me want to throw the book across the room multiple times. Or, somewhat ironically, drown the book while reading it in the bath. Now, I don’t think I’ve ever thrown an object in anger and I can’t willingly harm a book, but this book taught me what it was like to want to!

The book doesn’t cover much from the Indigenous knowledge perspective – because it does focus on the time after colonisation when a city was built on a flood plain. Regardless of that, it’s hardly shocking to hear that Indigenous knowledge was ignored by colonisers, but frustrating nonetheless.

If you’ve been around this blog for a while, you might remember that I’ve had some bad experiences with being trapped by floodwaters before (and still have never recounted the actual worst aspect of that night publicly). Perhaps that’s why the book felt so relatable, even though my flooding issues were mostly creek and not riverine (at least, from my understanding of the area, I could be wrong). The effects of floodwaters are still scary. It’s probably what made me so angry reading this book – that the overall flood risk has been ignored and no mature actions have been taken to prevent this disasters for two hundred years.

The history of the floods in Brisbane since the 1870s were interesting to read about. I know many people who remember the 1974 floods, but I wasn’t born then. And even if I had been, I wouldn’t have been in Brisbane.

The 2011 Brisbane floods were my first experience of a river flood.  I was in the (now demolished for a fucking casino – damn Brisbane, you suck at development planning) Neville Bonner Building. The best river view on my floor was from the kitchen & throughout the morning I would go in to get a drink or whatever… my thoughts ran along the lines of “hmm the river looks high” … “ok I swear that’s higher than before” …  “DAMN that looks closer and closer to flooding South Bank” … and so on until my brain switched to “GOING HOME RIGHT NOW”. I knew from the media that flooding would probably happen at some point over the day or next few days but my brain wasn’t really accepting and matching what I was seeing to the news reports. Logic and seeing a river flood before your eyes are apparently two different things for me.

My workplace at the time was actually in South Brisbane, but I was in the CBD doing research. I called my work to say I was leaving while I could, and they said they had all already left work. They just didn’t bother to call me and tell me. Thanks, feeling the love and care #sarcasm. I had previously been employed directly in the office I was researching out of that day, so I knew most of the staff. Twitter was less of a thing back then but I was following police updates live. I remember going up to a colleague and showing them a tweet from police saying “x suburb is get out within the next hour” (or something to that effect) and the suburb was where they lived. I thought I was letting them know so they would have time to get home, grab stuff, and properly evacuate. But they wouldn’t believe it was real because it was on Twitter. They only left after hearing the exact same information on the radio, some time later. I mean what can you do, it’s their choice, but it was a little frustrating. I made it home fine (aka before train lines flooded) and my home isn’t impacted by Brisbane river floods, so I pretty much just settled in to do nothing at home for at least a few days.

The book also gave me deeper insight into the things that I saw in the media. I remember distinctly disliking the politician Campbell Newman for his comment along the lines of “there won’t be floods if you elect me”. With no context, I though it was an absurd comment – the ability to hold back floodwaters and control nature is just a tad outside of political power to me. Having read this book, I now understand the comment was built on history – a combination of the over-reliance on dams and the blame that was thrown at the dam operators.

Speaking of dam operators – I just want to give them a hug. I can’t imagine being at work in an unprecedented event for days on end, trying your best to follow regulations that literally don’t cover the situation, and then having your name and actions dragged through the mud. I think that would break me.

This is both an interesting and hard book to read, but a good book. If you’ve ever had so much as a fleeting interest in the Brisbane river floods, this book will fill a lot of knowledge gaps, frustrate you and make you annoyed at politicians, and probably help you to decide where to never, ever, buy a house in Brisbane!

Book Review: Get Your Sh*t Together by Sarah Knight

10 Replies to “Book Review: A River With A City Problem”