I’ve recently gotten to the top of a few wait lists at the library for books I’ve been wanting to read – so there might be an influx of book reviews coming! Also, I love that making a list of books and “ordering” them online at the library is literally a tip in this book. It’s a big time saver for me. Due to my working hours/commute, I can only get to my local library Friday evenings (they stay open until about 8pm) or Saturday (they’re not open Sunday) so if I was to try and luck my way into finding the books I wanted, I’d never read another book again (which is why this is also a tip of mine in this post). 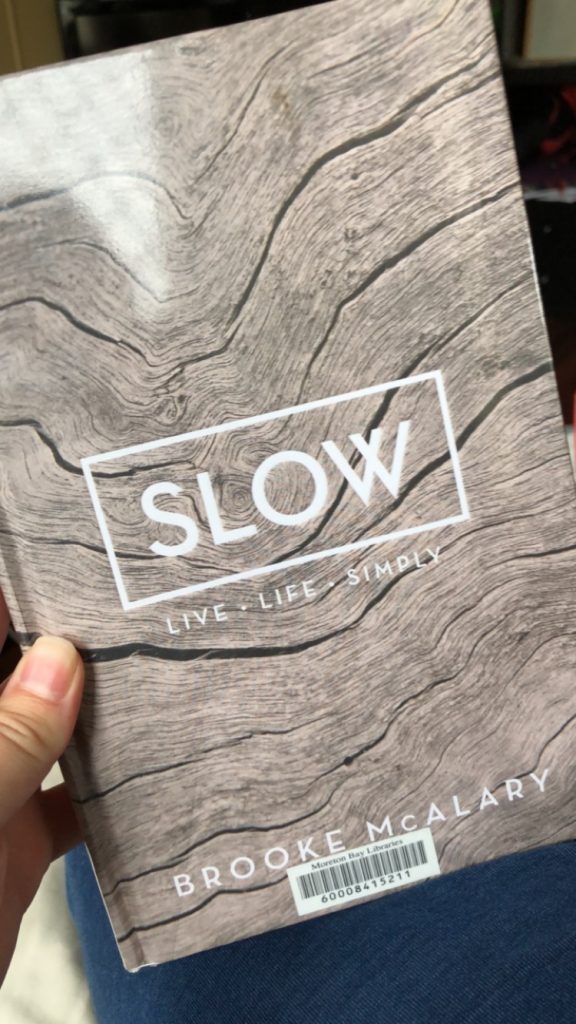 To be honest, the book did not resonate with me at first. The overall message is fine, but the early pages and specifics of having so much stuff the cars don’t fit in the garage isn’t me. I’ve never tried to keep up with the Joneses. Of course, saying that makes it sound like I’m some perfect person. Ha. No, becuase a) I’m so not and b) no one is. (If they tell you they are, they’re lying.) I understand that these things are ingrained habits for others though, and I expect that they will resonate with many people. Seriously, I don’t shop much and then when I declutter I still have NFI where the STUFF has come from!

The great thing about this book is that it’s specifically NOT prescriptive. Fear of yet more prescriptive teaching was probably why it sat on my bedside table for a week or two before I actually picked it up to read it. So if that’s your fear too, then fear not. Pick up the book.

What surprised me the most was the chapter on mindfulness. While acknowledging that people now want to make money off that too (which in the helping you personally way, I’m fine with, but in the “buy my app and 10 step never fail course” way, then, well, go away), I found that I am actually quite mindful. I do notice new flowers. Different spiderwebs. New smells. I never thought of myself as a mindful person before reading this book and now I think maybe I am. Perhaps that’s in part becuase photography is my hobby. Maybe it’s good that I don’t share it online. Maybe it’s a good hobby as it helps you think about framing, so your world view looks for unique angles and lights. 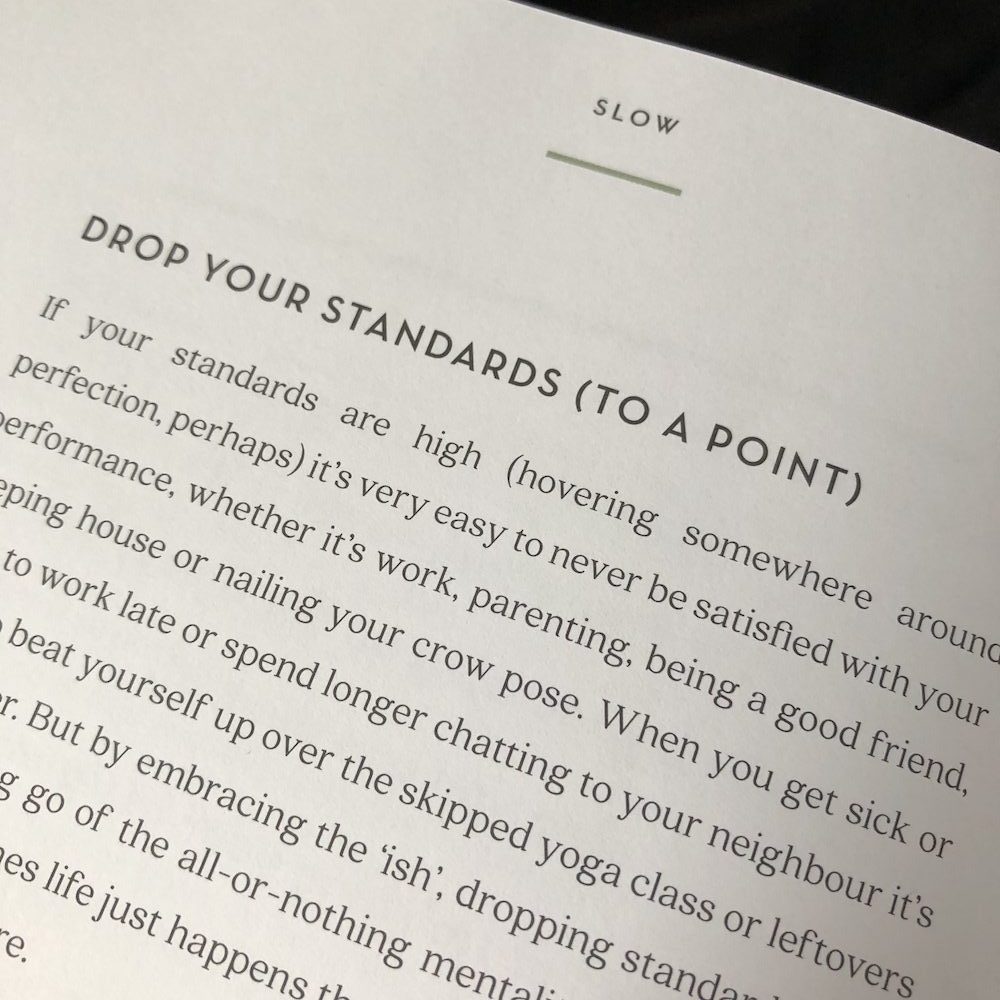 Dropping standards is something I think needs to be talked about more often. In the past year I’ve had challenges and busy times, postgrad study, low iron, chronic tonsillitis, tonsillectomy…

Nothing serious, nothing un-treatable, but enough that it impacts day to day life. Significantly. I had to drop some standards to get through parts of that. Some things were easy, like accepting I might not take every meal to work from home because I just didn’t have the energy to make both breakfast and lunch. (Plus, my breakfast takeaway is a delicious $5 turkish bacon & egg roll, so it’s really easy to say yes to.)

Want more from NormalNess? Sign up to my newsletter!

The other parts were harder. Low iron and postgrad studies and a full time job was hard. I had to become a failure to succeed. By failure, I mean I had to apply for extensions on all of my assignments. That was being a failure in my book. I had never done that before. I was a good student. Never mind I had a medically diagnosed condition and that the dietician who worked with me on eating iron rich was shocked I was managing work and study… It was a bad thing to do. Bad people got extensions. I have literally no idea why that was a thought I had. But it was. I had to let myself feel like a failure while submitting medical certificates online. Of course they were accepted without question. Becuase I had a medical condition! I guess it’s a standard that I had set for myself and I had to let it go. And it was hard becuase it wasn’t a standard I could replace with bacon, like the breakfast dilemma.

There’s a lot of food for thought in Slow. I encourage you to read it. I didn’t learn anything earth shattering, but I did learn that I’m actually pretty good at all this stuff. The why’s of what I do and choose are actually in alignment with my wants and needs in my life.

The one thing I think could be included is a section on people. It’s ok to choose who is allowed in your life. Even family. Even stopping talking to friends. Toxic people, or even people who you’ve simply grown apart from, are people you don’t have an obligation to keep in your life. It’s not mean to not feel an obligation to people. We diverge at times in our lives. That’s ok.

Have you read Slow? Do you think you’re in a good place with living how you want to? Have you ever felt like you need to keep up with the Joneses?

Book Review: Life Undercover: Coming of Age in the CIA by Amaryllis Fox

Book Review: A River With A City Problem
Comments (17)