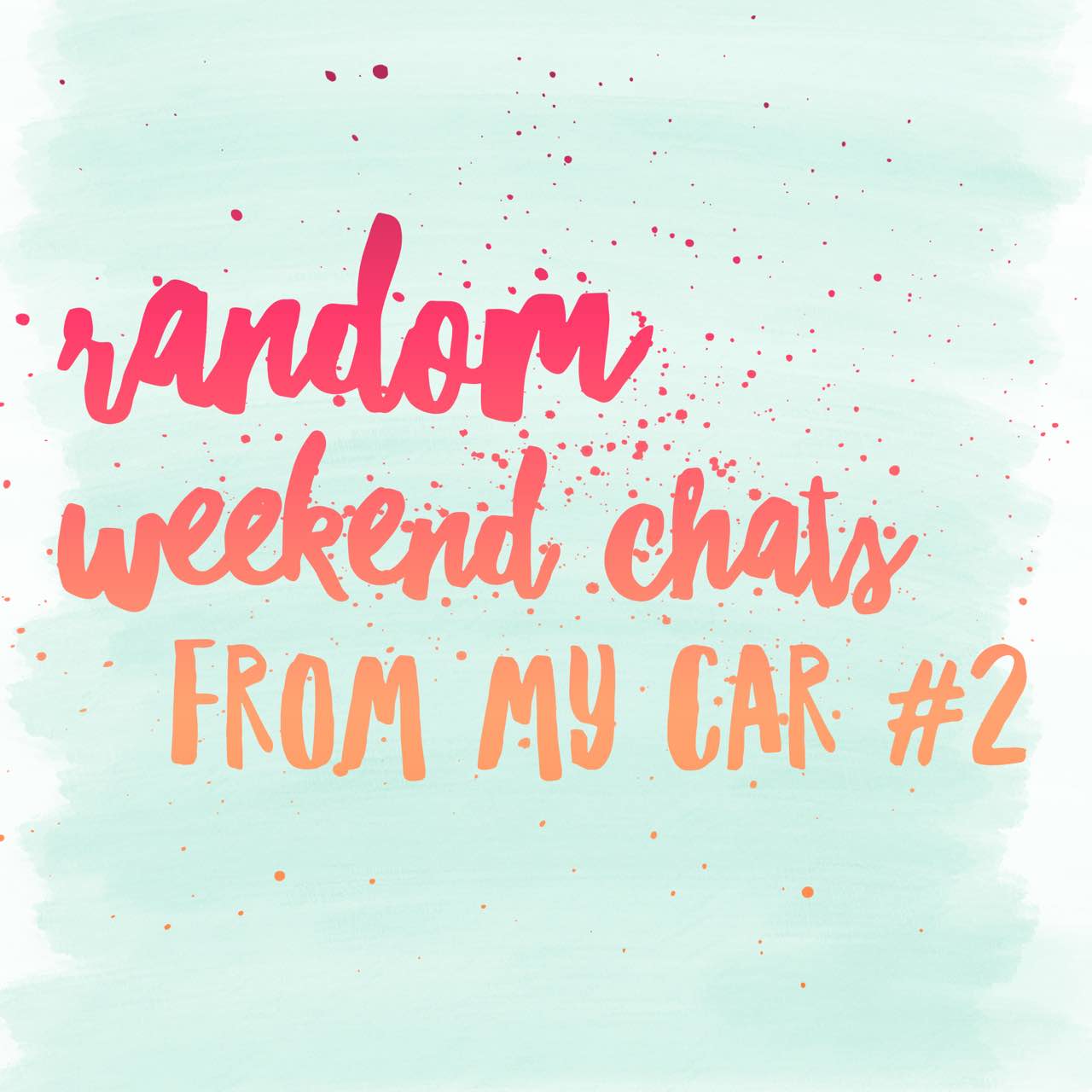 Here’s some stuff from my weekend…including my latest, very serious, and very important video blog from my car.

Random Weekend Chats From My Car #2

Ben: how do you make BBQ sauce?Me: put a BBQ in a blender, duh.While Watching Star Wars Episode 3:

Ben: do I need to learn the dark side so you don’t choke?

Movie: “Only a Sith deals in absolutes”

Me: Dude…that is an absolute. Bloody Jedi. Backstory…I have been lusting after the Handbag of Holding from Think Geek for years. I decided to treat myself to *something* recently, and didn’t know what. I decided the bag could be it. Specifically, the DragonScale one (because it’s ethically sourced from dragons). They are on sale too, so I was all yay. Until I remembered that shipping from the US costs a shitload. A $30 shitload, to be exact. I decided I can’t buy a bag when the postage is nearly the same cost. Sad.

So I was stuffing around on Gumtree Friday night and came across a very similar bag. Um, score! Sunday was collection day. Which is when things got weird.

It started off with me needing to go to an ATM for a $20 note to buy the bag I was talking about off Gumtree. I’m not hugely familiar with where my banks ATMs are ever since I left ANZ after they fucked me over at the end of last year. I went a small local strip of shops first, as I could have sworn my bank had an ATM there.

There was a sign for an ATM in the small local grocer, so I thought “oh maybe it’s in there” and went in. Nope, just a usual for profit ATM. I wandered along the outside of the strip of shops & found an ATM. “Cool, that must be the one on the ‘find an ATM’ app.” Put in my card and PIN …then it tells me it wants to charge me $2.80 for the transaction. Um, no!

I drove to a (closed) branch of my bank because I knew there was an ATM there. Twice, I had to cancel the transaction because it was like the ATM had frozen and couldn’t process the transaction (yes, I’ve reported it to the bank via a contact form, just in case there were skimmers or something). Finally got cash out at the customer service counter at Coles instead, for which the staff member looked pissy at me. Probably because I wasn’t buying anything.

Left the shops and drove to the street to pick up the bag…only the address was a unit & the street was all houses. It was a small street so only one of the numbers given to me via email was actually on the street. The address was small_number/big_number. Decided to knock on the small_number house anyway, not expecting much.

Asked for the person by name & the guy who answered said “oh she doesn’t live here any more”. Then proceeded to tell me her new address. She had given me the wrong street. I said “wow, that’s unusual, someone knows where the previous person lives!” (Apparently it was the guys daughter. Which explains it.)

I drove to the correct street, which does have units, and went to the house…how awesomely convenient was it that even though I was given incorrect street, the numbers were the same so that it still worked out.

Anyway, I got the bag. Yay! Have a look at the pretty: It’s a Kate Hill over night bag (or baby bag, I think it’s this one here), which is perfect for the amount of stuff I carry to work each day.

What has gone on for you this weekend?

17 Replies to “Random Weekend Chats From My Car #2”