In case you’ve been hiding under a rock, I was at the ProBlogger conference on the weekend. This was my second time at the event, which is conveniently just “down the road” (an hours drive) at the Gold Coast. Two years in a row now, I’ve had some very happy accidents at the ProBlogger Conference. It’s the type of thing that can’t be ‘sold’ as a benefit of attending a conference but it really is where some of the true benefits lie. 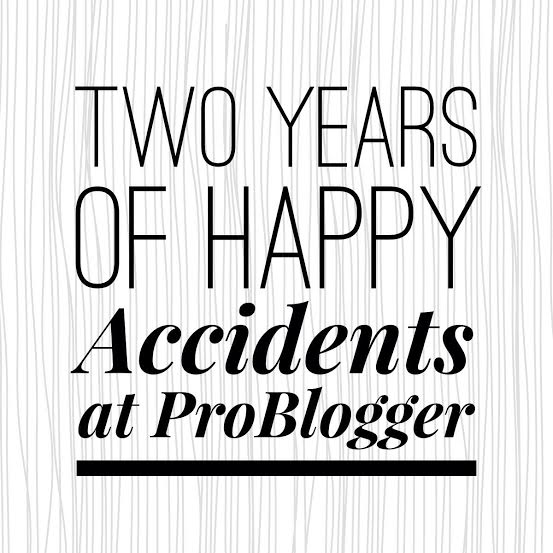 In 2012, I had stumbled upon blogging and had this blog, which was vastly different (read: boring) when I started. I coming out of a few very tough years, personally, and was far too slow to get into the blogging community and learn that the conference existed before the 2012 conference. I hashtag stalked it that year and learned an amazing amount even from being a non-attendee. I was sold. I had to go to the next one.

In 2013 the conference conveniently moved to the Gold Coast, which meant one less expense for me (no flights). I was scared, happy and learned even more. I also had the first of two happy accidents: I sat down at a table in the dietary needs room and chatted to those around me. It turned out that one of the lovely ladies I was talking to was none other than the very famous blogger Tsh from The Art of Simple (formerly Simple Mom), who was a speaker at the conference. I remember talking about home schooling and learning by doing as being valuable ways of learning.

I lucked out again this year and the conference was again at the Gold Coast. Convenience for the win! On the first day, I was sitting outside having lunch with my roomie and a woman asked to sit next to us. Of course we said yes! I don’t actually know if I said anything to her, because I felt massively intimidated by this gorgeous woman. It was Candice from Vintage Current. Who was also, you guessed it, a speaker at the conference (later that day). Can you imagine how I feel – I’m so, so not a girly girl. I have no idea how to get my hair to stay up on my head without giving me a headache, so I just wear it loose (where it gets wind blown and messy pretty much instantly every day). I just don’t have that makeup or self-image gene/skill that so many people have. So, Candice, if I was stand-offish, I’m so sorry!

While I’m on the topic of girly things, I also had a very unexpected gift at the conference. There were some niche networking events on the Thursday night, and while I didn’t apply for any of them, I ended up with the goody bag from one of them! The lovely (I’m overusing that word, but honestly, everyone I met really was just that lovely!) Tine from Beautyholics Anonymous tweeted that she was going to give away her bag as she had most of the items and she gave it to me!

I don’t think I’ll ever be a makeup queen, but I would like to do videos in the future and I need to learn how to not look pale and washed out on camera! I also need a new headshot for using on the internet (because the photo I use on my social media profiles is ancient) and once again, I feel like I need a little bit of makeup knowledge to look, I don’t know, less tired? More vibrant? Something to cover up how much I hate being in front of the camera? Something along those lines.

So there you have it – the “hidden” benefits of investing in yourself and attending conferences. The people you meet and the happy accidents that happen are things you can’t put a price tag on.

Tell me about your last happy accident!

The Best Things In Blogging (Life) Are Free

10 Reasons To Hire A Blog Coach

21 Replies to “Two Years Of Happy Accidents At ProBlogger”