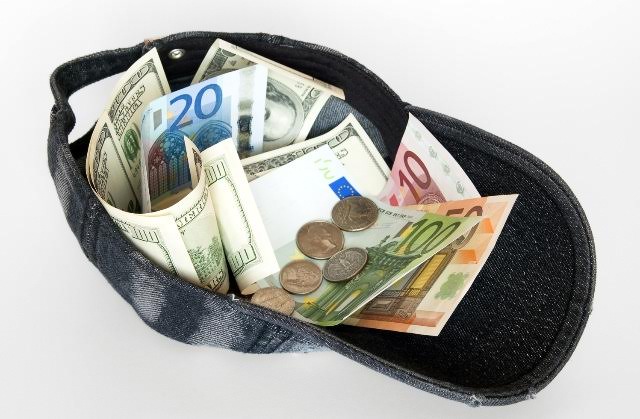 I bought my first car (my current car) cash, brand new. Well, nearly cash. I was working in a well-paying state government job at the time and I have no interest in cars. So new it was going to be. I had about $10-12k saved up and knew that we could live on Ben’s income and I could put my entire pay towards the balance of a loan (total was $18k, from memory).

Lots of people told me I was doing the wrong thing.

I got those two comments a LOT and I want to address them here.

Devaluing: only an issue if you plan to sell it. Even if we buy a second car, we plan to keep this car because it is so freaking economical that it will always be useful.

Crashing it: a brand new car has better safety features than an old car. If I’m going to crash due to inexperience, I would like to survive it. Who gives a fuck if the car gets written off if you survive it? It’s only money. What you can save once you can save again.

I find this next bit hard to write about. And not, at the same time.

I didn’t negotiate on price. I didn’t care what I paid. Like I said above, I had the money to buy the car and pay it off the balance of a loan very quickly (and I went through a credit union that had a very low interest rate and no fees for paying it off quickly). Money was not an issue for me in purchasing a car – my long overdue need for my own transportation was the issue.

The only part of this I regret is ‘letting’ a sales guy think he had the upper hand over me at the time when I didn’t negotiate.

The car yard had these $18k stickers up everywhere for my car. The price was public. The guy (god I hate sales people) pulled out some piece of paper where it “proved” that the car was really $21k and the $18k was actually a discount.

I hate that he thinks that worked on me. That’s the only part of this that I regret. I didn’t care what I had to pay because I could afford it and it solved a big problem for me.

However, that is only a small setback in the grand scheme of things. It has eaten away at me a few times.

I think I got my ‘revenge’ pretty quickly though. During the process of doing all the paperwork to buy my car, we were asked to go sit in an office while they did stuff. Sure, whatever. It turned out to be their loan guy. This guy was an arrogant prick. He kept talking over me, told me I had to use their finance – basically thought I was a little girl and talked down to me.

I don’t find the need to hide money stuff so I told him how much I had saved and that I was getting a loan to cover the difference and that I liked my credit union because I could pay it off as quickly as I wanted.

He asked me what the interest rate was. I told him. He said that wasn’t possible. He said my loan was so small that no one would lend at such a good interest rate because they wouldn’t make any money from it and kept telling me how good their rate was – a rate which was quite a few percentage points higher than the one I had.

The guy started giving me the shits. Just let me buy my fucking car and let me fucking leave!!

I got cranky. And I let it out.

I made the guy go to my credit union’s website and look up their loan rates.

Then he believed the interest rate I had.

Suddenly, the paperwork was processed very quickly and with no more arrogance or questioning. 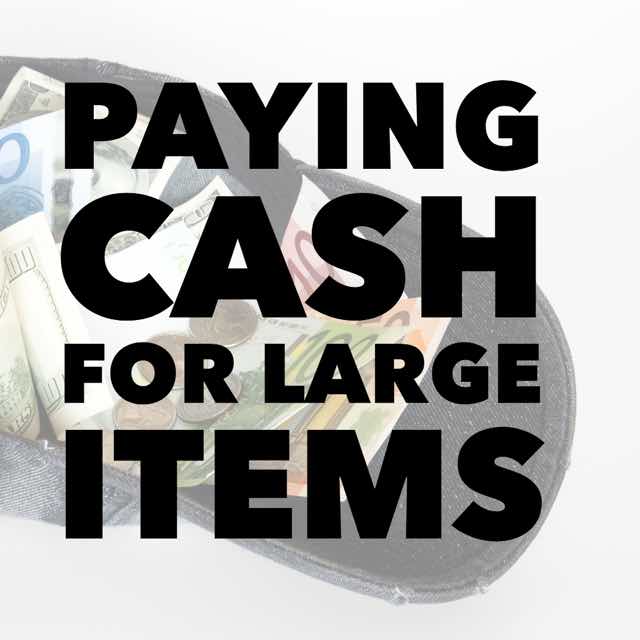 Honestly, I don’t know how people who lie for a living sleep at night. They must feel so horrible inside until they’ve done it for so many years that they’re dead inside.

Am I in a place to do so now? Nope. The last few years have been tough financially with me as the sole income earner. One of the main reasons we were able to buy the car the way we did is that we both had full time incomes – even if Ben’s was small, we could live on it and save all of my much higher income.

Just because we’re not in a place where that’s possible now, doesn’t mean we won’t be in the future. You might not want to buy a house this way. But it seems more secure to me. I’ve always had contract work, so saving a large chunk and having a manageable mortgage (or no mortgage, ideally) is a way that suits me much better.

What brought this up? I’m doing the 30 Day  Money Cleanse* via yTravel Blog.  I don’t think I have a lot of issues with money – no one is perfect but overall I think I’m doing pretty well with my money beliefs. So why am I doing it? Because I have learned that money issues affect a LOT of people and they project their issues onto others in ways that are very damaging. So it’s an area that I am wanting to become more aware of my goals and my attitudes so that I have a defense against others – so that I have my own clarity when I come up against situations that run against what I want. And who knows what else I will learn along the way?

Do you have “unconventional” views on money?

*Denotes affiliate link. I may receive a commission in the future.