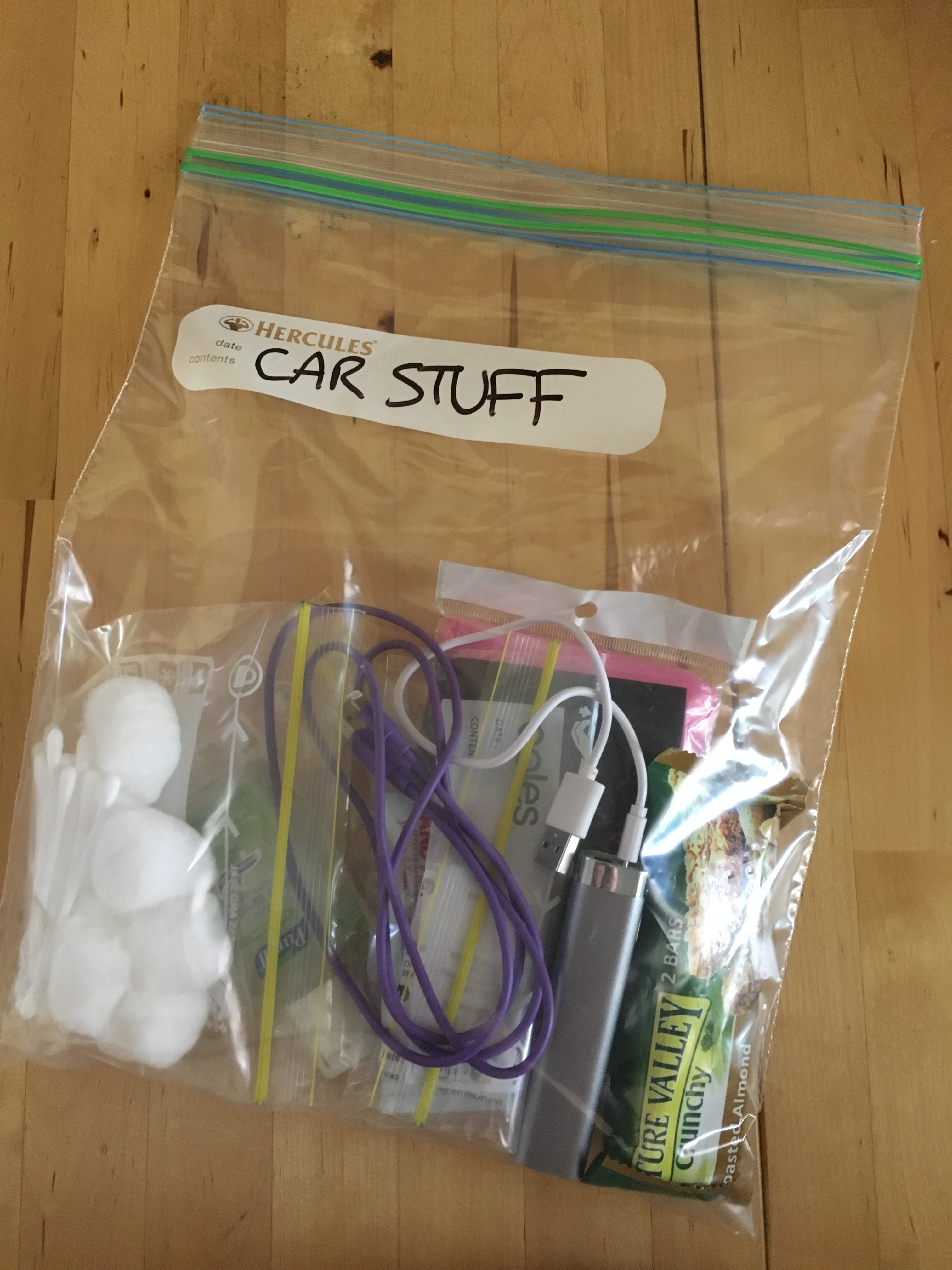 As you may know, last year I was stuck in some flash flooding and had a bad evening trying to get home from work. Ever since then, I’ve been meaning to get a small kit of emergency car supplies in my car so that I have back up items if (probably when) it happens again. 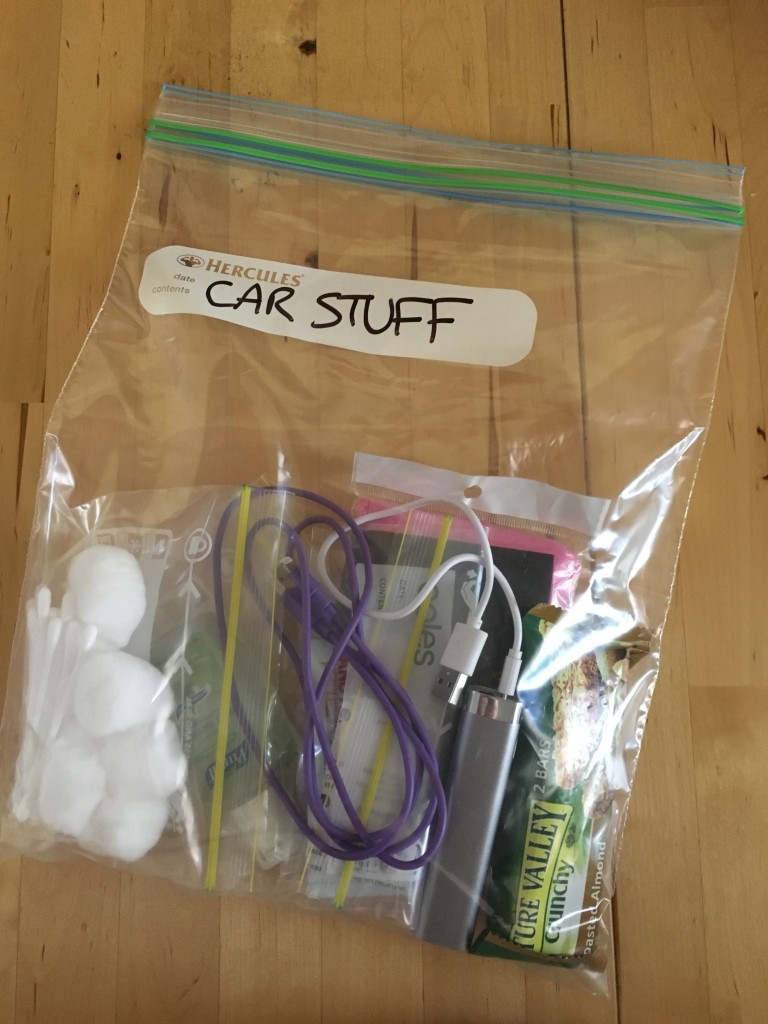 This is not meant to be about car breakdowns. Talk to a mechanic on that one. I just call RACQ if needed. This is about being stuck somewhere and dealing with a few small issues (if needed)/getting through the night. 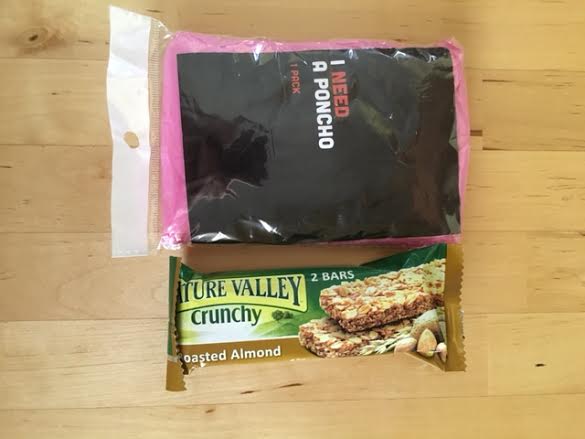 I actually used to think they were a non critical idea, at least for me. I mean, I live in a humid, sub-tropical environment. Staying dry is needed but it’s not like you freeze and die in a few minutes if you get wet. And then I got caught out last year in the flash flooding. When I was debating how to get from the car to the shopping centre in the middle of a storm (that had been raging for many hours, waiting in the car wasn’t really an option), I ended up just having to do a run for it. And the second I was out from under the sun shades in the car park, I was drenched. Luckily some of the larger shops were still open, so I went to Big W and bought myself a towel to dry off and a hoodie to stay warm. I was only working a casual, low paid job at the time this happened, so even that small expense was actually more than I was able to afford.

Tip: if rain is an issue where you live, don’t keep this kit in your boot!

I picked one that’s my favourite brand because it’s high quality, and I picked that specific one because it doesn’t have anything like fruit or chocolate in it, to make it a bit easier to last well in a car. It’s usually just me in the car, so I’ve only put one in there. Adjust as needed for however many people are in your car most commonly! 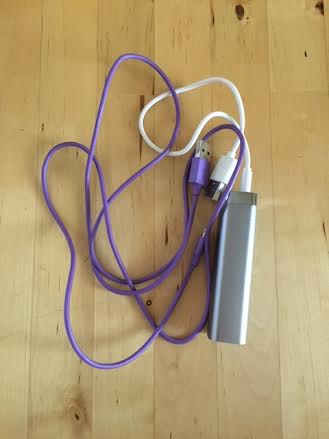 For obvious reasons, keeping your phone charged is pretty useful. You need to let people know you are safe, check websites for road closures and so on. I usually have a giant capacity power bank on me if I’m out at work for the day, but of course when I was trapped by flooding, it was running out of power. Because Murphy’s Law is real, people, and it stabs you where it hurts (which I’m assuming is everywhere, never having been stabbed). Ever since then I wanted to make sure I had a fully charged one in the car for emergencies only. My main power bank does maybe 6 or 7 charges of my phone, but the one in my car is just enough for one. Just for emergencies. I’ve set a reminder in my phone every month to keep it charged. 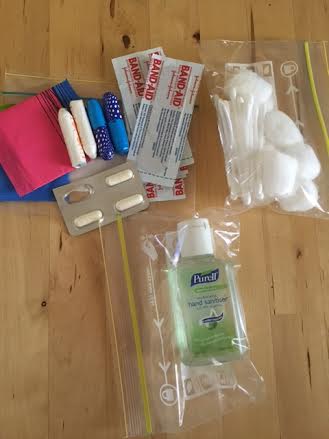 Because no one likes germs, ok?

Generally handy thing to have, especially if you’re likely to slip and fall on wet ground. Cleans the gunk out of wounds.

Tampons, bandaids and paracetamol – all good emergency things to have on you.

Everything is in zip lock bags. I’m no survivalist (or environmentalist, maybe there’s a better solution than disposable bags) but they can be used for rubbish, emergencies etc. They’re handy!

I also usually have my portable medicine kit in my bag anyway, so I haven’t gone too far with first aid.

I’m assuming if you have kids, you’ll need to consider things like nappies, spare clothes, specific food and something to entertain them. Same goes for anyone with critical medications and food allergies.

I usually have notebooks and pens in the car, so I’m covered for stuff to do. I also have towels and those emergency-type glow sticks in my boot.

With the exception of the poncho (from Terry White Chemists, I love their $1 “I Need” range – it’s great) and the portable phone charger (I think I found it in Woolies for $10) I already owned everything in this kid.

Do yo have any emergency supplies in your car? What would you include?

FYI: I’m looking for a roomie for ProBlogger. If you have a room and need a buddy, drop me an email!