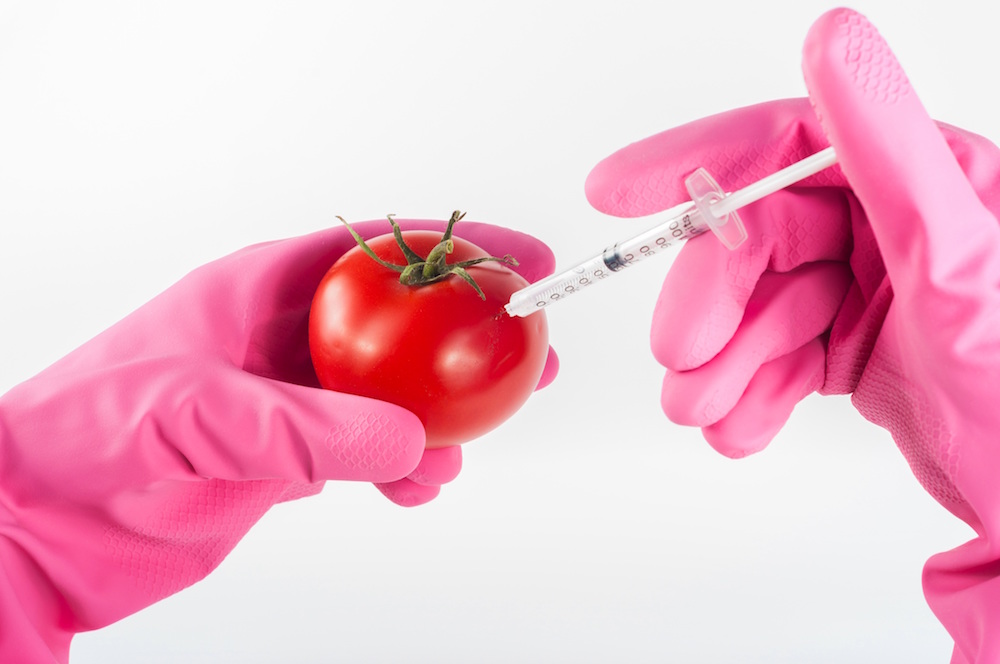 *Again with the disclaimer #NotADoctor. Just good to talk about these things from personal experience and give you suggestions about what you can ask your qualified health team if anything is relevant to you*

As you know, in 2016 I finally received some good quality treatment for my semi-persistent low iron levels. The good news is that when I got my tests back, my iron had gone all the way up to 117! Woo! I’ve been able to stop taking the ferrograd tablets (which is good, as I felt like my stomach had stopped tolerating them over Christmas). For now, I’m going to keep an eye on my diet.

As I mentioned in the treatment post, my general diet wasn’t too bad in iron (circa 12mg on a good day) but being low I really needed to hit that 18mg requirement as much as possible. This was helped by the depo shot (finally, and *knocks on wood* so far) stopping my periods. Not having periods reduces your daily iron needs to 8mg, so for iron and other reasons, I’m hoping the depo keeps working so I can keep taking it. Making sure I keep eating well, and including some good iron snacks in my diet will hopefully manage it. Assuming all goes well, I’m planning to go back to my GP mid-year and request another test to make sure my diet is sustaining my iron levels.

In the mid-term, I’m planning to go back to my dietitian and talk about adjusting my diet to help reduce my weight. I don’t need to weigh what I do, nor do I view self worth as attached to weight, but for my general and future health it will only be a good thing to drop some kilos. However, I’m not doing that straight away, because as you’ll see, I’m feeling a bit doctor’d out right now! 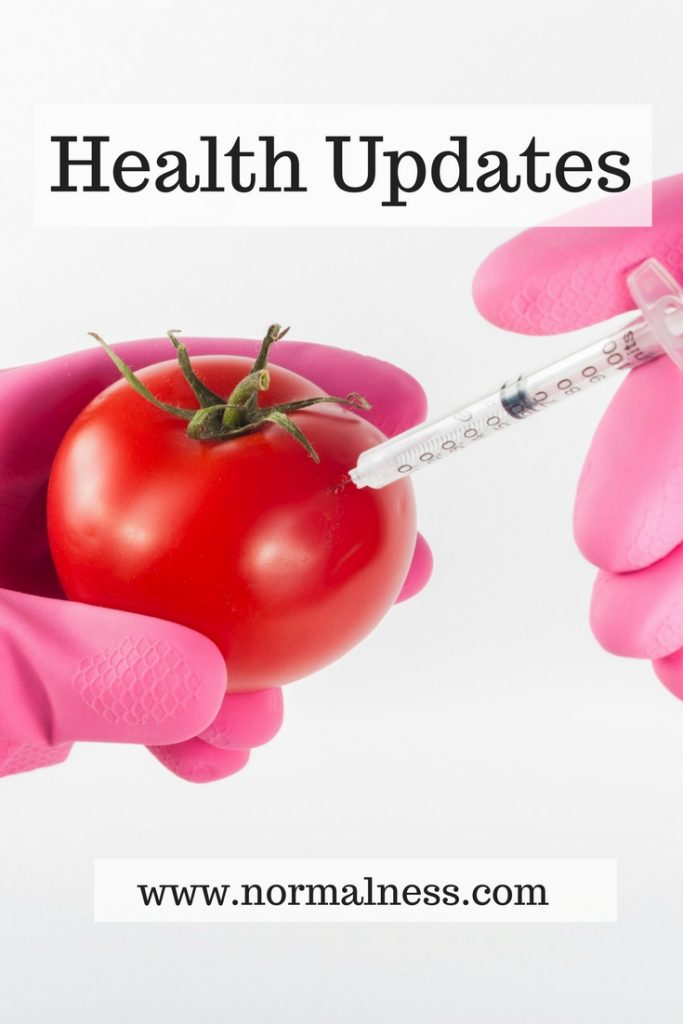 Initially in 2016 we tried a standard contraceptive pill (I can’t remember which one now!) to stop my periods. It worked for 5-6 weeks, then I ended up with a 3 week period. I was concerned about this and booked in with the first GPs I could. Two of them were kind of blah, in a “spotting can happen” way and I’m like yeah this started that way but sure isn’t ENDING EVER SAVE ME. (Plus all the health info leaflets seemed to say it should only happen for a day or two, but I was having a nearly fully fledged period.) Then I managed to get in to see my preferred GP who said it clearly wasn’t stopping my periods and therefore clearly wasn’t helping manage my iron, so we stopped it immediately and switched to the depo shot.

However, in starting the contraceptive pill as the first line treatment to stop my periods, we obviously had a talk about risk factors and health. One thing that came up in this is that I had never had a pap smear. The GP I saw for many years was good at the start, but got worse and worse (and unethical as fuck – he refused to talk to me in an appointment and would only talk about my husband – who wasn’t there) and clearly we both stopped seeing that GP (though sadly he still practices medicine).

My GP took the time to fully explain the role pap smears have in picking up easily transmittable disease, particularly related to the gardasil vaccination (which I just missed out on for free, it seems). He said I needed to book in with the person who does pap smears at the GP clinic. Which (due to the working hours and holidays of doctors and being unable to stop having a damn period last year) was only possible in recent weeks. Having never had one before, and not being in the habit of taking my pants off for strangers, I was actually quite nervous the day before, but I asked some friends for advice and received plenty of reassurances that it’s not painful and it’s quite quick. I wouldn’t say I felt comfortable but they were accurate in saying that it’s not painful and doesn’t take long. I had the choice of doing the current outdated test, or paying out of pocket for the new one that will actually be the standard free one from May 2017. I went with the free one, just because finances have sucked in recent weeks. The GP at my clinic who does the pap smears said that was a good decision and likely if I needed a retest it would be on the new one for free in May anyway.

So that was one big adulting hurdle over.

Of course, on New Years Day I somehow hurt my shoulder. I initially hurt it in early-mid 2016 by writing an essay, because I am skilled at hurting myself in the lamest fucking way possible. That’s when I started going to a student physio clinic. The care level was outstanding; the cost, totally affordable ($40/hr). The big problem is that student clinics close down when there are no students. So for most of January I’ve been trying to manage pain by trying to not sleep on the sore side, and trying to find a balance of not being in pain and taking as few painkillers as I can. I kept calling the physio clinic and yay, they reopened finally this week and I got an appointment.

As it’s a student clinic, I was obviously being treated by someone different than I was last year. But the supervising clinician recognised me and kept an eye on the session. My problem is around my shoulder blade, something gets aggravated and needs help to relax, in simplest terms.

The assessment and treatment was pretty much the same as last time. The student physios assess my range of movement, talk to the clinician about suggested course of treatment, and conduct the treatment. The biggest change this time is that I was shirtless! It was a bit of a surprise. Last time it all happened with my shirt on. I was able to keep my bra on at least – but for parts of the treatment they had to undo the clasp for access to my bones and to massage the muscles (but I was lying face-down on a table for that part).

(Another reason I’m doctor’d out – I have to keep removing clothes for strangers, at least for a pap smear you’re only pantless for a short time, for a physio session I was sitting in pants and a bra for an hour. I did put my shirt back on briefly when they went to consult about my treatment, and they did offer me a towel to cover up while that was going on – but again, just a general “over it” feeling.)

I actually thought I was in less pain than last year but it turns out I was really wrong! The physio hurt a lot more – not in pain from excess pressure or anything (you give ongoing feedback about amount of pressure in a session) but from the sheer tenderness when they found the exact points where my pain comes from. Yeowch. At least they’re specific haha.

But what amazes me about physio is how much movement I regain in one session. I couldn’t turn far to the side at the start of the hour and by the end I was able to turn heaps further.

The other thing that has been on my to-do list is to see a podiatrist. If you’ve seen me rant on social media about buying shoes you’ll know how much I hate it. But I do need a good pair of quality shoes. So, another call to another student clinic and podiatry was booked.

Podiatry is brand new to me – I had never seen one before. Most of it was them manipulating my feet, measuring angles, and watching me walking. I gave them a run down of my issues with buying shoes in the past and showed them photos of how theoretically good shoes fail and fall apart on me. There was lots of measuring and I nearly fell asleep at that point! Comfy chair. They also commented on how tight my leg muscles are – my entire body is sore and stiff right now. What I wouldn’t give for a house with a bathtub so I can soak!

The upshot is that I walk with a lot of impact on the outside of my heels, which leads of callouses and a lot of wear on shoes. It’s more significant on one side than the other.

The good news is that they think they can help me without me needing orthotics. For now, they’ve given me a list of things I need to look for in shoes, as well as some brands and stores to try. When I’ve bought (aka saved up for!) a good pair of shoes, I need to rebook and they will do some foam supports that should even out how I walk and put less wear on the shoes.

The main reason I went to the podiatrist is that I was sick of spending money on shoes and finding out that they didn’t work for me, or that they wore out. $30 was a great amount to spend so I know exactly what to look for and buy – I was so hesitant to buy any shoes as I didn’t want to keep wasting money. Even normally good brands like Frankie 4 and Diana Ferrari have failed me in recent years so that’s why I didn’t want to invest until I knew what to invest in.

The only thing I’m a bit … not quite cranky but irritated … about is that generally I like to go for a walk in my lunch break. And the podiatrist suggested that if I want to do that I should wear sneakers. So if I’m supposed to buy some casual everyday shoes for a few hundred bucks… that’s fine, but seriously, they’re not made for a half hour stroll at lunch? I don’t go speed walking, it’s just to move my body seeing as I have a desk job. As you may know from this post, I carry breakfast and lunch to work with me (and I need to carry as little as possible right now, according to my physio), so I don’t know. $300 for shoes and I need a spare pair to walk at lunch? Are the $300 shoes actually any good then if all they’re good for is regular type commuting and office duties? I’m thinking of just wearing sneakers permanently from now on so I’m always comfortable, fashion be damned.

As you can see, I’m feeling pretty doctor’d out right now, which is why I’m putting off going back to my dietitian. It’s good to get stuff seen to and feel up to date, but I could really go a while without any big appointments…

How have you felt recently? Any check ups you’re due for? Do you get doctor’d out?