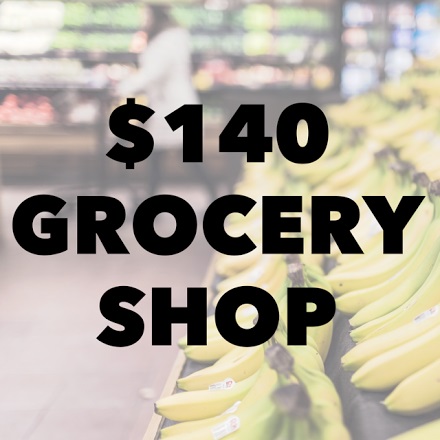 It’s that time again! Take a look at what we bought for the fortnight.

For some reason, I’m lemonade obsessed right now and have drunk most of the bottle I bought and want more. Go figure. I’m not normally a huge soft drink person but right now I want it. I bought two of the Coles Brownie Mixes because I saw them as “reduced to clear” and freaked out – they are the best packet mix brownies I’ve ever had. Probably something to do with the sheer quantity of butter you use in the recipe, but whatever. They’re our favourite treat so now we have 3 boxes in our pantry. 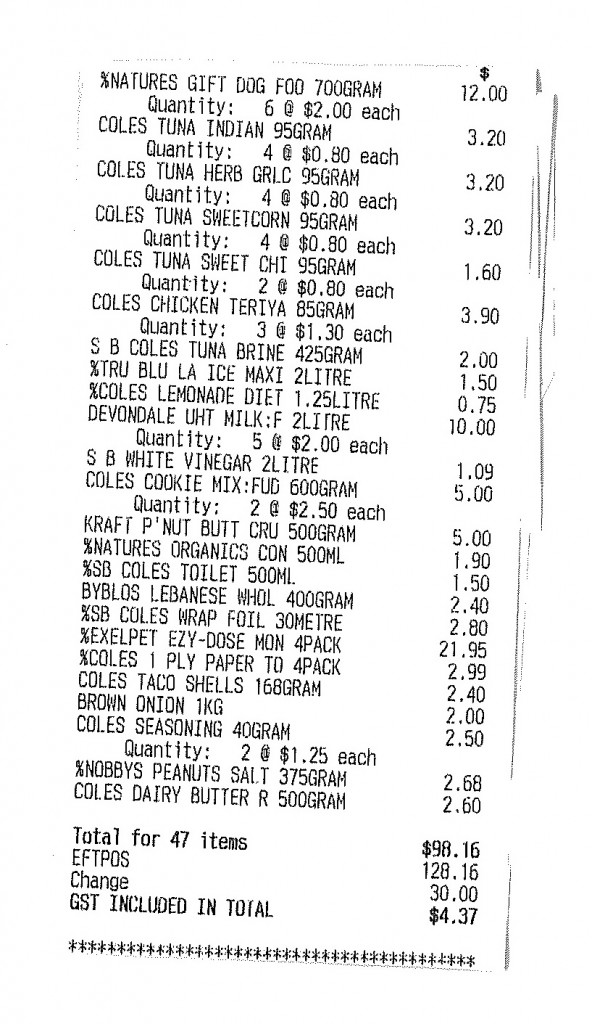 Other than that, it was a fairly standard stock up shop. We always have a ton of pasta and rice at home, so that can form the carb portion of meals. The only veggies we buy from supermarkets are ones they can’t mess up like carrots, onions and potatoes. The rest come from a shop a few doors from our house; some things are grown in their yard, some things are from local farmers. They do stock some off-season stuff but most of their food is fantablulistic.

I actually really don’t like shopping at Woolies, because despite their ads bragging about how many times they’ve dropped prices this year, I’ve found that most of the stuff we bought has gone UP. Plus, their self serve registers are frustratingly slow and I get cranky every time I use one. And I don’t like the way their registers show discounts – unless you do the maths on each one, you don’t know if the discount has been properly applied.

Having said that, they had stuff I wanted cheaper than Coles this fortnight, so I went there. 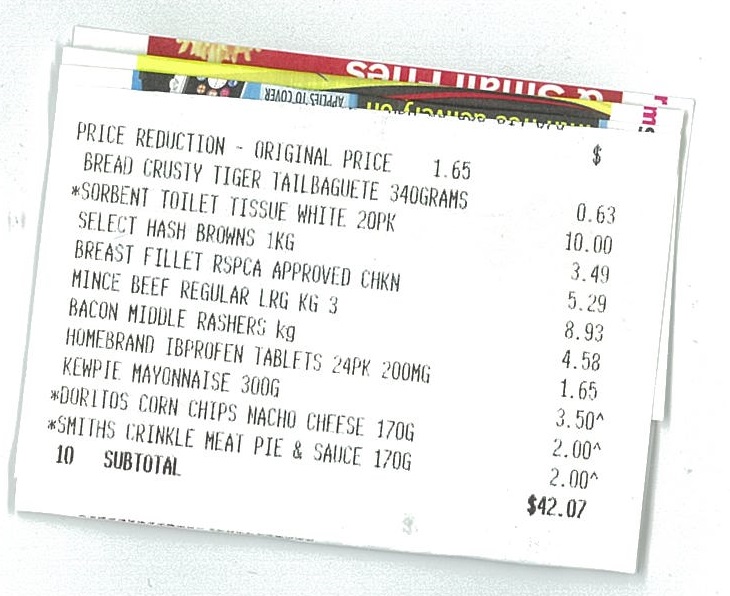 How much do you spend on groceries? What would make these posts more useful for you? We’re not meal planners or recipe-followers so it’s hard to help you in those regards!