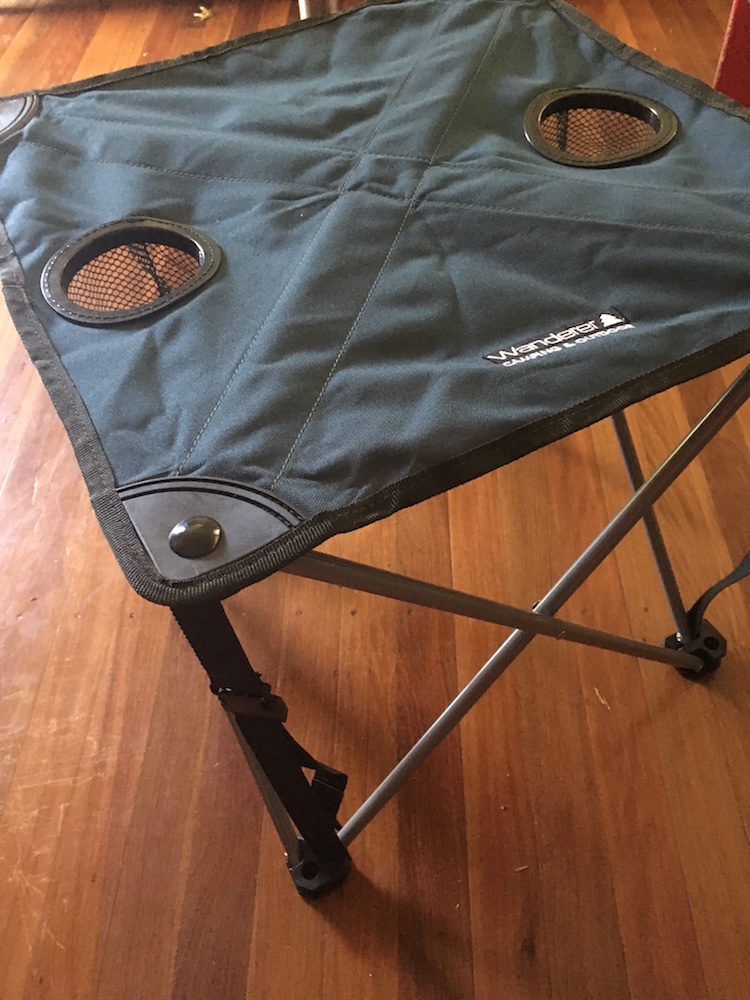 Hello world. I’ve been off in my own little place for a while. Much going on.

Mostly I’m going to blame the heatwave for making me unenthused about everything. I don’t mind summer too much, I mean, I’d rather have less humidity but hey, I do live around Brisbane so that’s what I signed up for, I guess. Living by the beach helps a lot, those few degrees cooler are (to me, at least) the difference between tolerable and not. But still, can we get a damn storm? There have been pretty much no storms all summer. Brisbane is so brown it looks like Adelaide.

I’m still tired of being tired and all that. But I found out details of my shoulder injury that has been bugging me all year (literally, it started hurting Jan 1st); I have bursitis and tedinopathy. Basically I need to keep not injuring it, get a steroid shot (under ultrasound guidance, so not at the GP clinic but at the radiologists), and keep seeing the physio.

Physio had to take a break this week cos I ran out of money cos the husband had a much needed and very expensive test. The good thing is that it has actually given his GP (who researches Ben out of hours) a direction. And Ben’s GP is gold, I don’t know what he did but he somehow got Ben a specialist appointment that we’ve been waiting for years to get. That’s soon. Also medicare are a pain in the ass to get through to.

(Think House – we’ve been rewatching it on Netflix, and if you can imagine one episode of investigations over like 5 years, through aslow  public health system and some previous GPs who didn’t give a shit when it wasn’t what they wanted it to be – that’s our life.)

I still feel doctor’d out and sick of appointments but what else can we do? It’s all positive steps but I’m still sick of it. I need to do my physio exercises more but I only remember at the end of the day and that’s when I’m sorest. I’m on a muscle relaxant that I hate because it gives me a dry mouth but I’m doing my best to put up with it and take it. It also can be drowsy, but I only notice that if I’m already in bed, so I don’t know if it really does make me drowsy or not.

I gave up on shoes until I can save for a good pair and am now wearing some cheap sneakers everywhere. Yep, even work. Actually work days I do the most walking so especially work! The other day I had stuff on at work and walked over 12,000 steps. By midday. On a hot day. But so far *knocks on wood* it hasn’t killed me like the last time I did nearly 10k steps – that sent me to bed for a day two days later. So I think that’s actually a positive step. (Pun intended.)

My depo partially failed and I seem to be having a smaller-than-usual but also maybe longer than usual period. But still, I made it a good 10 weeks without one so I’m still chalking it up to be a win & I’m going to continue getting it.

I went to Kmart to return some shoes the other morning (I love 7am opens, I wake up early and there are no other annoying customers, my dream shopping) and the person on the returns counter had to call a boss to ask if they could accept a return of an item that wasn’t that old but was falling apart. Um, yes, you can. Why are you working the returns counter if you don’t know policy? They didn’t give me fuss, and I had the receipt, but it was just odd. Maybe they were half asleep?

I was a JAG fan back in the day but only ever saw it in bits & pieces on TV. So I’ve been hiring the DVDs from the library. Am up to season 7 and it’s getting more familiar; I think I saw more late season stuff. But I had to skip season 5 because the library only had one copy and someone never returned it. Boo! All other seasons they seem to have three copies of.

The other week I saw a camp table I’ve been wanting for ages on sale so I did a click and collect. It’s really cool, very small fold up (less than a camp chair) and has cupholders. You probably wouldn’t want to cut a huge chunk of meat on it but it’s pretty tough & strong considering it’s just fabric.

I usually get my veggies from local markets on the weekend but there have been weeks recently where I’ve just not done it because I just don’t want to face the heat. But that means going to buy supermarket veggies, which is gross. And one day I went to buy zucchini and there was literally only one in store. 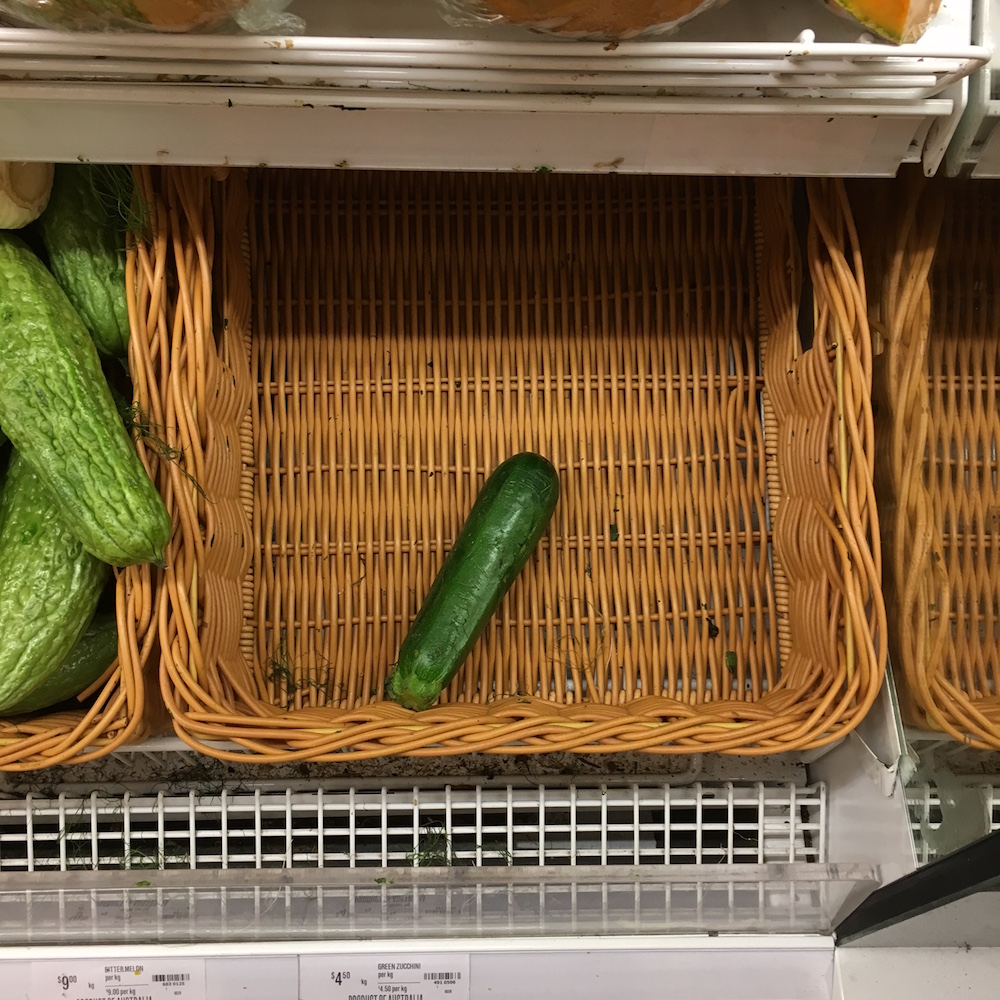 I feel like recently there has been a lot of stuff. Good, bad, and neutral. I’m a bit tired of needing to do things. I have things on my to do list that aren’t urgent but have been there a long time and feel like they should have been ticked off already. But there’s just only so much I can do in a week. Hence weekends watching JAG dvds. I guess that’s better than last year, trying to cram study into weekends. I do have the time to do nothing, even if it is at the expense of non urgent thing I need to be doing.

I’m bummed I’m making no process on my book or podcast but again, I think I don’t need anything else on my plate. But also it’s hard to fight off the feeling that someone else might do what I’m doing first since I’m not currently working on it then mine won’t be “worth” doing. I know that’s not the case but it’s one of those little things I haven’t completely squashed in my mind.

Now, if someone could come and clean our house, that would be great. We’re both really tired of it all going on and unmotivated to do anything useful.

Do you “do” valentines day? I don’t think we ever have. But we’ve never really done dates or any of that. We just kind of met and have been a couple since. No fuss. Or do my fellow Parks & Rec fans do Galentines day?

Also, I think I like zucchini better than eggplant so is it good that eggplant and not zucchini is the penis emoji?

And I guess the topic of a penis emoji is as good as anywhere to leave it, so have a good Monday!

Back on the wagon